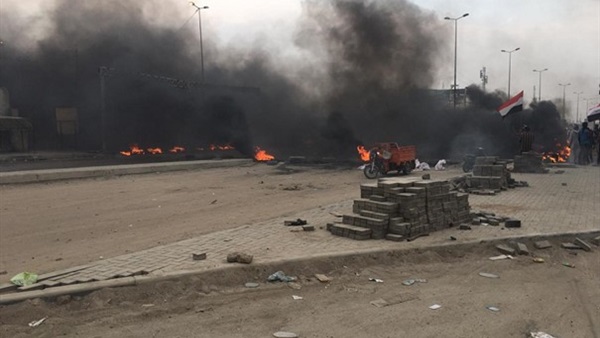 A general strike was also announced by activists for Sunday.

In Baghdad, nine fire departments worked on Sunday to combat a huge fire that erupted during clashes in the city’s al-Rasheed street.

Demonstrators spread to a second bridge in the Iraqi capital on Saturday after security forces retreated from a key area where they had clashed with protesters, AFP correspondents said.

The bridges link east Baghdad to the city’s west, including the Green Zone where the prime minister’s office, parliament and foreign embassies are based.