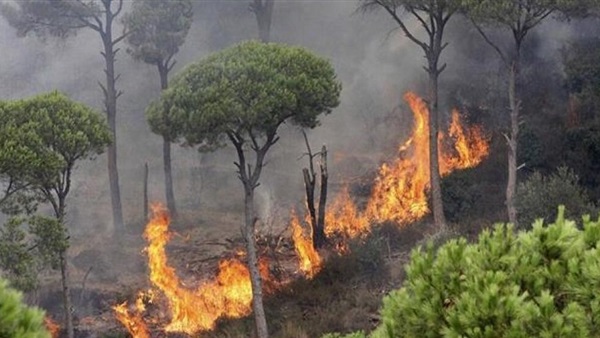 Fire chiefs in Australia have warned of “the most dangerous bushfire week this nation has ever seen”, saying New South Wales – the country’s most populous state – faces an unprecedented “catastrophic” fire day on Tuesday

Sixty fires are currently burning in across the state, 40 of which are running out of control. There are also nearly 50 fires burning in Queensland, and fires in Western Australia and South Australia.

Across NSW, three people have already died, and more than 150 homes have been razed. An extreme and persistent drought has left much of the region tinder-dry. The conditions, combined with temperatures in the high 30s and strong winds, are expected to present about 1,300 volunteer firefighters from across the country with life-threatening fires on Tuesday that will be impossible to stop.

Even as emergency authorities were making their preparations, the federal government’s refusal to discuss the role of climate change in worsening the fire risk attracted condemnation, after the deputy prime minister Michael McCormack on Monday dismissed such concerns as the “ravings of … inner-city lunatics”.

Earlier, the NSW premier, Gladys Berejiklian, took the unprecedented step of declaring a state of emergency that will be in place for a week.

At one stage on Friday, weeks ahead of Australia’s traditional bushfire season, 99 fires were burning out of control simultaneously across the state, including 17 that were considered life-threatening emergencies. Already this year, bushfires have burnt more than 850,000 hectares across NSW – an area more than five times the size of Greater London – and three times as much as burnt all of last fire season. Thousands have been evacuated from their homes and hundreds of schools have closed.

The commissioner of the NSW Rural Fire Services, Shane Fitzsimmons, said the state faced “the most dangerous bushfire week this nation has ever seen”.

And he warned that – beyond the immediate threat this week – the fire threat would only worsen as Australia heads into summer. “We have got the worst of our fire season still ahead of us. We’re not even in summer yet,” he said.

In the decade since NSW’s bushfire ratings system was revamped – following Victoria’s Black Saturday fires which killed 173 people – Australia’s largest city, Sydney, has never had a “catastrophic” rating. As well as the greater Sydney region, the areas immediately north and south of the state capital – the Greater Hunter, and the Illawarra and Shoalhaven – are also rated catastrophic.

The catastrophic rating is based on a matrix of factors including temperature, humidity, wind and dryness of the landscape. Residents are being warned that fires under these conditions are, in some cases, impossible to suppress, and homes will burn. People in fire-prone areas have been told to leave on Monday.

“Catastrophic is off the conventional scale,” Fitzsimmons said. “It’s where people die.”

Three people were killed on the NSW north coast over the weekend. Two people were found separately in burnt-out cars, apparently trying to flee fast-moving fire fronts. Another woman, 69-year-old Vivian Chaplain, was found unconscious, and badly burned, at the scene of a fire in Wytaliba. Relatives said she had stayed to protect her home and animals. She was flown to hospital in Sydney but later died.

The debate over the early and severe start to the east coast fire season has become acutely political, with politicians repeatedly avoiding the question of whether climate change was a contributing factor.

The conservative coalition government has faced consistent criticism over inaction on climate change. Carbon emissions are continuing to rise in Australia, reaching their highest ever levels last year. The government says it will meet its Paris agreement targets, but this is disputed by climate scientists.

“We’ve had fires in Australia since time began, and what people need now is a little bit of sympathy, understanding and real assistance – they need help, they need shelter,” he told ABC radio.

It is not a political thing. It is a scientific fact that we are going through climate change.

“They don’t need the ravings of some pure, enlightened and woke capital city greenies at this time, when they’re trying to save their homes, when in fact they’re going out in many cases saving other peoples’ homes and leaving their own homes at risk.”

But Carol Sparks, the mayor of the Glen Innes Severn council on the NSW north coast, whose house in the hamlet of Wytaliba was severely damaged, said the role of climate change could not be ignored.

“Well, I probably couldn’t respond how I really feel on television but I think Michael McCormack needs to read the science, and that is what I am going by, is the science.

“It is not a political thing. It is a scientific fact that we are going through climate change.”

Sparks, from the Greens party, said of most immediate concern were the houses still burning, and the welfare of those who had lost loved ones and property.

“But the overall thing is we are so dry in this country – we haven’t had rain for years in some places. All the dams and creeks and rivers are dry, and we need to look at what we’re going to do about that in the future. To deny climate change is, to me, a very ill-informed and uneducated way of looking at things.”

Climate scientist Ned Haughton’s childhood home in the NSW mid-north coast village of Bobin was razed at the weekend. He said with climate change, “it’s going to get worse”.