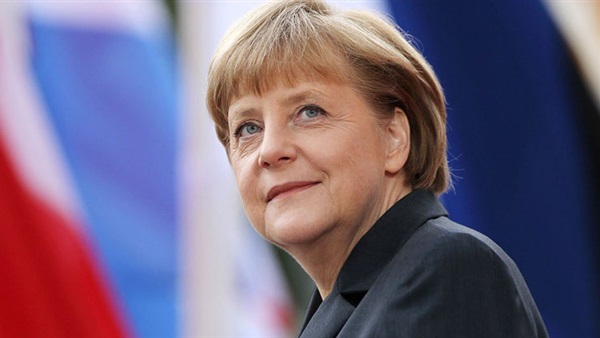 Merkel spoke by phone to Recep Tayyip Erdogan on Sunday — a call that Germany said took place because Erdogan wanted it.

A statement by the German Chancellery says that regardless of “legitimate Turkish security interests,” the military operation threatens to displace major parts of the local population. Germany says the offensive also threatens to destabilize the region and restrengthen the extremist Islamic State group.

The statement says Merkel and Erdogan also talked about the separate situation in the Syrian province of Idlib and Turkish gas well explorations in the eastern Mediterranean.

On Thursday, Erdogan warned the European Union not to call Turkey’s incursion into Syria an “invasion.” He threatened, as he has in the past, to “open the gates” and let Syrian refugees flood Europe.

Turkey’s president has rejected offers for mediation with Syrian Kurdish fighters as the Turkish military continues its offensive against them in northern Syria.

NATO member Turkey views the Syrian Kurdish fighters as terrorists because of their links to an insurgency in southeast Turkey. But those same Syrian Kurdish forces were a key U.S. ally in the war against the Islamic State group.

Turkey has vowed to carve out a “safe zone” inside Syria along the border.

Without specifying which countries made a mediation offer, Erdogan asked: “What kind of prime minister, what kind of head of state are those who offer to mediate between us and the terror group?”

Turkey, the U.S. and the European Union all designate the Turkish-based Kurdistan Workers’ Party, or PKK, as a terror group.

Turkey’s defense ministry says it has taken control of a strategic highway in its offensive against Syrian Kurdish fighters.

The ministry tweeted Sunday that the M-4 highway, which runs across northeastern Syria, was under its control after Turkish troops and allied Syrian forces reached 30 to 35 kilometers (18-22 miles) deep inside Syria.

Turkey considers the Syrian Kurdish militias to be terrorists, and says it is aiming to push the fighters away from Turkey’s borders for national security.

The Kurdish-led Syrian Democratic Forces were a key U.S. ally in the war against the Islamic State group. The Turkish operation was launched Wednesday after President Donald Trump moved U.S. forces aside.

The United Nations says at least 130,000 people have been displaced by the fighting in northeastern Syria. Many more are likely on the move as a Turkish offensive in the area enters its fifth day.

A U.S. official says a “small group” of American troops are withdrawing from a base in northern Syria as Turkish forces advance.

Sunday’s pullout from the base at the town of Ein Issa is the second retreat for U.S. troops since a fast-moving Turkish offensive against Syrian Kurdish fighters.

The troops had evacuated border positions before the Turkish forces crossed into Syria Wednesday. U.S. President Donald Trump said it was to remove American forces from harm’s way.

But since the offensive began, an explosion occurred near a U.S.-led coalition base in the western town of Kobane, prompting the troops to pullout.

Ein Issa an administrative hub for the Syrian Kurdish-led forces allied with the U.S., and home to a U.S. base.

The official said American troops still have presence in other bases nearby.

Russia’s president says all foreign troops should leave Syria unless the Syrian government asks them to stay.

Vladimir Putin said in an interview with three Arabic television stations that was released Sunday that “all foreign nations” should withdraw their troops unless they have been asked by the Syrian government to stay there.

He said that Russia, which has a significant military presence there as well as an air and a naval bases, would also leave if President Bashar Assad asks it to.

Putin, a staunch backer of Assad, stopped short of condemning Turkey for sending its troops across the border into northeastern Syria earlier this week, but said that other nations should respect Syria’s sovereignty and territorial integrity.

A U.S. official says the situation in northeast Syria is “deteriorating rapidly” as Turkey-backed forces advance and could isolate American forces on the ground.

The official said Sunday the development is quickly increasing the risk of a confrontation between Turkey-backed and U.S. forces in the area. The official spoke to The Associated Press on condition of anonymity because they were not authorized to brief reporters.

President Donald Trump has said U.S. troops in northern Syria would pull back ahead of a Turkish offensive, now in its fifth day, to take the force out of harm’s way.

Since Saturday, Turkey-backed fighters have moved with Turkish airstrikes toward the town of Ain Eissa, an administrative town for the Kurdish-led forces and where a major U.S. base is located.

The official said U.S. forces and their Kurdish allies no longer control ground lines of communication and have no control over Turkish aircraft overhead.

Pope Francis has appealed for a new effort at dialogue after U.S. forces pulled back from northeastern Syria, clearing the way for Turkey’s offensive against Syrian Kurds there.

Francis said civilians including Christian families “had been forced to abandon their homes as a result of military action.”

Speaking Sunday at the end of a Mass, Francis urged the international community to work with “sincerity, honesty and transparency” toward finding “efficient solutions.”

President Donald Trump drew broad criticism from his evangelical Christian base for removing U.S. forces from northeastern Syria. Critics say he has risked the lives of Syrian Kurdish allies who helped bring down the Islamic State group in Syria.

Syrian Kurdish officials say more than 700 Islamic State supporters have escaped from a camp for displaced people in northeastern Syria as Turkish forces advance on the area.

The camp is home to some 12,000 people, including nearly 1,000 foreign women with links to IS and their children.

The town of Ain Eissa, some 35 kilometers (20 miles) south of the border, is also home to one of the largest U.S.-led coalition bases in northeastern Syria.

The Kurdish forces, who partnered with the U.S. in the fight against IS, say they may not be able to maintain detention facilities holding thousands of militants as they struggle to stem the Turkish advance.

The United Nations says at least 130,000 people have been displaced by the fighting in northeastern Syria with many more likely on the move as a Turkish offensive in the area enters its fifth day.

Meanwhile, the local Kurdish-led administration warned Sunday of a “humanitarian disaster” as aid and service delivery to northern Syria is hampered by the fighting. The fighting has reached the main highway that runs between Hassakeh, a major town and logistical hub, and Ain Eissa, the administrative center of the Kurdish-led areas.

The UN said its technical teams have not been able to access a water pumping station in Hassakeh town damaged from shelling, leaving 400,000 people, including 82,000 residents of displaced camps affected by the suspension of water.

Airstrikes, artillery shells and intense clashes have reached as far as 30 kilometers (19 miles) south of the Turkish-Syrian border.

Syrian Kurdish officials say Islamic-State supporters have escaped from a camp for displaced people in northeastern Syria after shells landed nearby.

Turkish forces have been advancing toward the town of Ain Eissa, some 35 kilometers (20 miles) south of the border, as part of their offensive against Kurdish-led forces. The town is home to a camp housing some 12,000 people, including nearly 1,000 foreign women with links to IS and their children. The administrative hub is also home to a U.S.-led coalition base.

It was not immediately clear how many camp residents escaped. The Kurdish forces, who partnered with the U.S. to capture vast areas of eastern Syria from IS, say they may not be able to maintain detention facilities holding thousands of militants as they struggle to stem the Turkish advance.

Anadolu news agency said Sunday the town’s center — located at a strategic crossroads about 10 km south of the border — was cleared of Syrian Kurdish People’s Protection Units, or YPG.

Turkey considers the group a threat for links to a decades-long Kurdish insurgency at home.

A Kurdish official on condition of anonymity said the clashes in Suluk were ongoing.