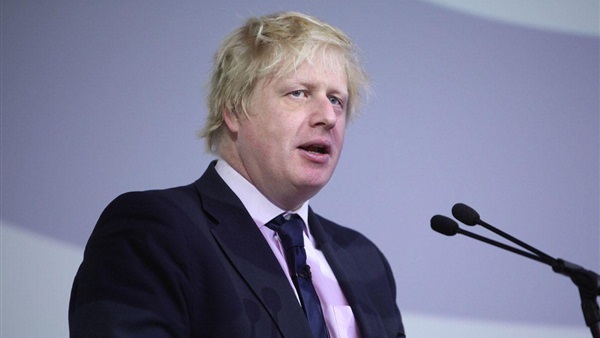 Boris Johnson’s Brexit plans look to be falling apart as the European commission said there are no grounds to accept a request from the UK for intensive weekend negotiations two weeks before an EU summit.

EU sources said there was no basis for such discussions, given the British prime minister’s insistence on there being a customs border on the island of Ireland.

Johnson’s chief negotiator, David Frost, along with a team of a dozen British officials, failed to convince their EU counterparts in Brussels on Friday that he had a mandate from Downing Street to compromise on what the EU sees as major flaws in the UK government’s proposals.

Frost had been seeking to rescue the British prime minister’s proposed deal after it was strongly criticised. The EU’s chief negotiator, Michel Barnier, had told diplomats on Thursday evening that the British needed to “fundamentally amend their position”.

A European commission spokeswoman said: “We have completed discussions with the UK for today. We gave our initial reaction to the UK’s proposals and asked many questions on the legal text.

“We will meet again on Monday to give the UK another opportunity to present its proposals in detail.” The spokeswoman added that the proposals did not “provide a basis for concluding an agreement”.

An EU official said: “The UK often asks for meetings to keep [the] process going; we agree we should leave no stone unturned. But there is nothing useful that could be done this weekend.”

A senior EU diplomat said: “If we held talks at the weekend, it would look like these were proper negotiations. The truth is we’re still a long way from that. We need to work out quickly whether there is the opportunity to close that gap.”

Brussels is keenly aware of the danger that Downing Street is playing a “blame game” and the EU could be seen as intransigent in rejecting the talks.

Sources said it would not, however, pretend to negotiate when there appeared to be doubt over any basis for progress.

A UK government spokesman said: “We have made a significant offer this week. Our proposals represent a fair and reasonable compromise. We want a deal and talks continue on Monday on the basis of our offer. Everybody must understand however that there is no path to a deal without replacing the backstop. If the EU also want a deal they must recognise this and work with us at pace to agree a new deal.”

The UK has proposed that Northern Ireland leave the EU’s customs territory with the rest of the UK on 31 October, but remain in the single market for goods.

The Northern Irish assembly, however, would retain a veto on the arrangements at the end of the standstill transition period in December 2020 and then every four years.

Speaking in Denmark, the Irish prime minister, Leo Varadkar, said the plan did not have the support of the people of Northern Ireland.

“I’m interested in solutions; any solution has to have the support of the people of Ireland and Northern Ireland,” he said.

“What’s been put on the table by Mr Johnson is not supported by business or civil society in Northern Ireland; it’s only supported by one political party, so there’s a long way to go.

“Democracy matters, and any agreement that affects Ireland deeply has to have support from people on both parts of the island.”

In response to the UK government’s admission in court documents that the prime minister accepted he would have to ask for an extension to Britain’s membership of the EU if a deal were not secured, Varadkar said he would support such a Brexit delay.

“I’ve always said that Brexit doesn’t end with the UK leaving, it’s just the next phase of negotiations, but if the UK were to request an extension, we would consider it. Most EU countries would only consider it for good reason, but an extension would be better than no deal,” he said.

Varadkar, who was speaking alongside the Danish prime minister, Mette Frederiksen, said: “Our focus is on securing an agreement and getting a deal at the European council summit.

“I believe that’s possible, but in order for it to be possible, all sides have to reaffirm the shared objectives when this started two or three years ago – coming to an agreement required no hard border between Ireland, north and south, that the integrity of the single market of the European Union will be protected, and that the all-island economy will be protected.

“What we need to do is refocus on those objectives and come to an agreement by the middle of October, and I think that is possible.”

After discussions with the Northern Ireland secretary, Julian Smith, the Irish deputy prime minister, Simon Coveney, said there were some grounds for hope but a deal did not seem imminent.

“For the first time, the British government under Boris Johnson has now accepted that there needs to be full regulatory alignment for all goods to prevent the need for border infrastructure,” he said.

“I think that is very welcome progress and it’s important to recognise that, because progress hasn’t been easy to find in recent weeks.

“The border question is about identity and emotion and history and trauma linked to partition. That it why it’s so emotive, politically, and why we have to be responsible in terms of how we solve it.

“I believe that the British prime minister wants to get a deal this month. We will certainly work to that timeframe if the British position evolves.”