Mass demonstration against Qatar and its Emir in Paris 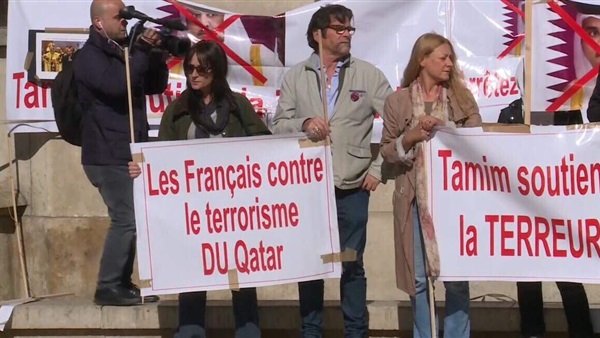 Dozens of demonstrators gathered in Trocadéro Square, Paris in protest at Qatar’s support for terrorism.

The protesters held banners denouncing Doha’s policies in the region and its violation of human rights.

The protesters also said that Tamim Al-thani should be presented to a trial because of supporting for terrorism.

The protest coincided with the visit of Emir of Qatar to France to meet French President Emmanuel Macron to discuss hot issues.

Egypt, Saudi Arabia, the UAE and Bahrain had severed ties with Qatar last year because it supports and funds terrorism.

However, on September 19, Hundreds of French civil society and Arab community staged mass demonstrations to slam Qatar’s “support for terrorism” and its Emir Tamim bin Hama Al Thani, who is visiting Elysee.

They expressed full rejecting for the visit, pointing out that international measures be taken against all Qatari leaders and figures and their assets in European banks be frozen.

Protesters were seen carrying slogans in French and English calling on the Qatari government to stop supporting extremist groups, whose terror operation have reached Western capitals and Paris in particular.

The protesters demanded justice for the thousands of innocent people who lost their lives in Qatar-linked acts of terrorism in Europe, Egypt, Syria, Iraq and Yemen, calling on the international community to impose economic and diplomatic sanctions on Doha.

Gérard Lefèvre president of the French Organization for Counter-Terrorism, said that this demonstration to break the silence of European and Western countries towards the crimes of Qatar.

He also stressed that the emir's visit to France coincided with the issuance of books that review with evidence the financing of Qatar to terrorism.

Qatar, he added, has become the first and key financier of terrorist groups and extremist cells, led by the terrorist Brotherhood.

“The Qatari Emir is responsible for thousands of innocent people who lost their lives” Rizk Shahata, the spokesman of the Egypting community in France, said. 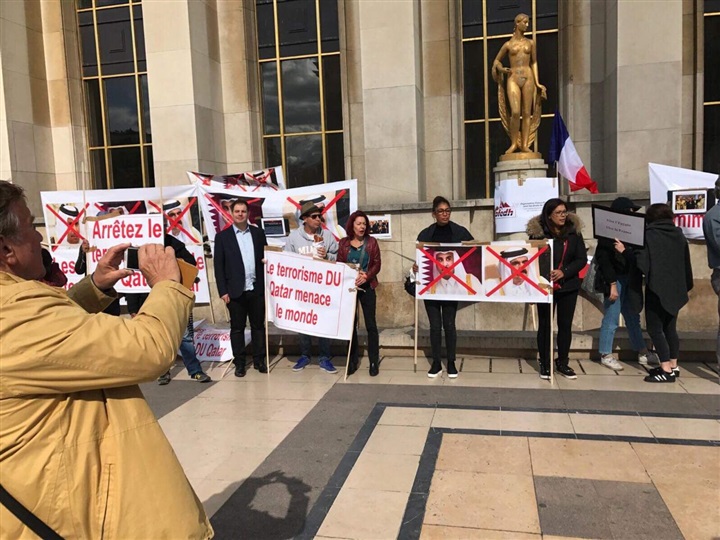 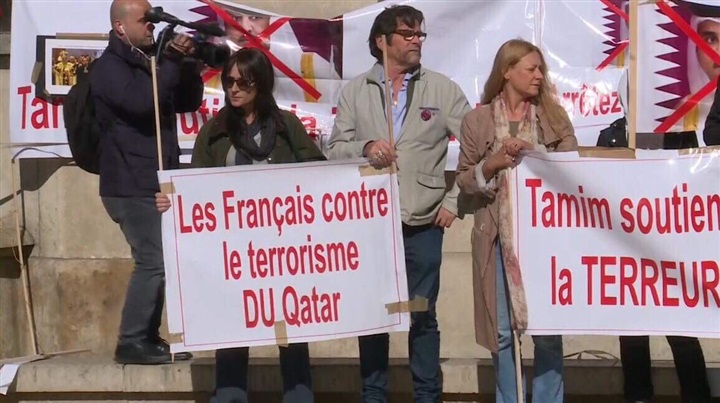 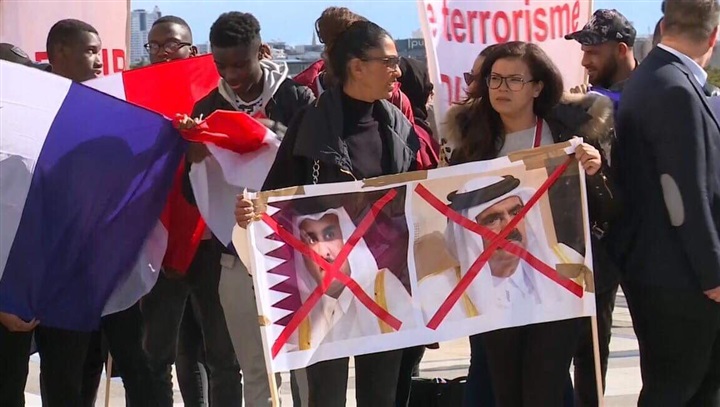