Face to Face with ISIS Sleeper Cells: The Israeli 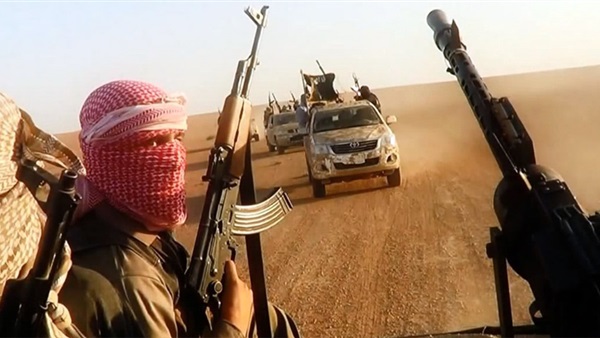 An Israeli ISIS member gave an interview to Al Arabiya, shedding light on his journey from Tel Aviv to Syria and his disillusionment with the group.

The 30-year-old, who claimed he grew up in Tel Aviv as an Arab with an Israeli passport, said he came to Syria and joined ISIS in 2015.

“They used to say that it’s an honest state. It follows the steps of the Prophet,” said Sayyaf, explaining how the group’s early statements appealed to him.

However, his opinion later turned against ISIS after being imprisoned and witnessing the group’s brutality. Now, Sayyaf describes Israel as “a democratic country,” and criticizes the group he once thought of as an “honest state.”

“In the Islamic State [ISIS], they would differentiate between the Syrian and the Iraqi, or the Muhajir [foreigner] and the Iraqi, and that’s what destroyed the state.”

The road to Syria

As an Israeli passport-holder, Sayyaf faced difficulties joining ISIS in Syria from the very beginning.

“Any person I have any problems with, could go to the security forces and tell them that I’m Israeli. I would get imprisoned immediately,” Sayyaf said.

According to him, the initial reason he wanted to go to Syria was to “help the Syrian people because they were oppressed,” adding that he also “wished to see what this Islamic caliphate, which everyone dreamed of, was like.

However, Sayyaf said that ISIS imprisoned him for being Israeli: “Imagine, after three years of being in the state, they imprison you and tell you: You’re Israeli.”

“I used to feel ashamed of calling it [a state] that’s following the Prophet’s steps,” he added.

“They wanted to record my voice speaking against Israel,” Sayyaf said, adding that he refused to do this because he didn’t “want to cause Israel or [his] family any trouble.”

“My family and my people are there, and Israel didn’t do anything for me to want to harm it,” he added.

When asked why he joined ISIS and wanted an “Islamic state” but did not resist the Israeli occupation back home, Sayyaf declined to answer.

During his early days with ISIS, Sayyaf attended Sharia [Islamic law] classes and military courses. He was then sent to the Syrian province of Hama, parts of which were formerly ISIS strongholds. Due to an old head injury, he was unable to be out in the sun – so he became a nurse.

Sayyaf said he originally went to Syria to work as a nurse. “I founded a rescue team to help the injured from strikes. Whenever there was a strike, I’d be there.”

The reporter asked him whether he carried a gun during his three years at ISIS. “I carried a gun. Every person in the state, whether they’re a nurse, or working in the oil field, they need to carry a gun,” Sayyaf said.

According to him, Syrian regime soldiers and captives used to come for treatment. He also treated ISIS members who were injured.

Sayyaf married a Syrian woman while he was a member of ISIS and had two children, but hasn’t seen them since his last imprisonment by the Free Syrian Army.

Sayyaf said he decided to start a family in Syria because in his first year with ISIS “nothing was clear.” Eventually, though, he came to the conclusion that ISIS “was not following the Prophet’s steps.”

“Many of us, not only me, were opposed to the slaughtering style. There are children, there are pregnant women,” he said. “The state’s [ISIS] policy was a failure.”

According to him, the biggest failure of ISIS “was in the leadership,” including leader Abu Bakr al-Baghdadi and the “people of Bucca, the Iraqis who were around him.”

The reporter asked Sayyaf about the videos ISIS released of them killing innocent civilians, to which he said: “In the videos, I didn’t see civilians. Most of the people they killed were with the regime, they used to write it. I didn’t see them write: This is a civilian.”

‘The group might be done, but its cells are not’

Sayyaf said that although ISIS was defeated, “its cells are not.”

In March, ISIS faced imminent defeat in its final enclave as hundreds of fighters and their families surrendered and the US-backed Syrian Democratic Forces said the battle was as good as over.

“The group might be stronger today than before,” according to Sayyaf. “There is no country that can control them.”

“Their [ISIS members’] belief is the core reason.” Sayyaf claimed this belief drives ISIS’ terrorist attacks in Europe and the world.

Sayyaf concluded the interview by addressing the Israeli Prime Minister Benjamin Netanyahu and saying he wishes to return to his country, Israel.