Like May, Margaret Bondfield faced a lonely battle in a male-dominated world 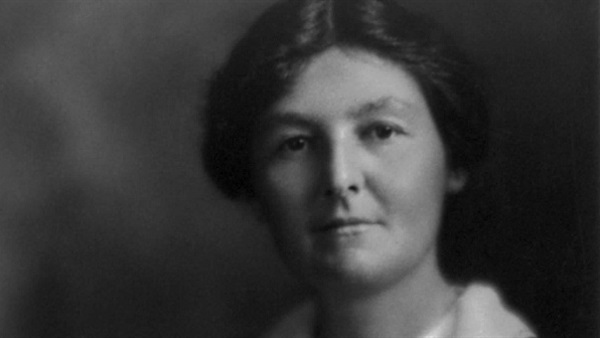 The imminent departure of Britain’s second female prime minister reminded me of Margaret Bondfield. Unlike Theresa May, the former shop worker and union organiser is far from a household name – but she should be. Her story tells us much about the battle women fought to secure political representation and the way they were treated when they arrived in Westminster. It also tells us something about women in politics today.

Ninety years ago today Bondfield made history when she became the first female cabinet minister.

Bondfield was a trailblazer at a time when men dominated politics. She declared that she was taking on the role of minister of labour in 1929 not for herself, but for all women.

In many ways Bondfield could not be more different from May. And yet her career also ended in failure, which is why so little about her is remembered today.

I was three months old when Margaret Thatcher became prime minister and, while I never agreed with her politics, it never occurred to me that a woman could not lead our country. Today nearly a third of MPs are women. Only three women had served as MPs before Bondfield. And there were no Labour women at all for her to follow in the footsteps of. She was forging her own future.

Bondfield’s story is deeply moving. She was the 10th of 11 children, brought up in poverty in Chard in Somerset, and became a shop assistant at 14. She spoke from the heart and from experience when the spoke about grinding poverty and appalling working conditions.

Her interest in politics was triggered by the exploitation of female workers by their male masters. One evening, as she read about a shop workers’ union in a newspaper wrapped around her chip supper, she became determined to change things. She joined the union and rose through its ranks to become its assistant secretary. In 1923 she was elected to parliament.

In a sign of the male-dominated times, Bondfield’s maiden speech was described in the press as “the first intellectual speech by a woman the House had ever heard.” And very quickly Bondfield made her mark.

Ramsay MacDonald appointed Bondfield Britain’s first female cabinet minister in 1929 – something she considered part of the “great revolution” for women. But it was a period of rising unemployment, and her policies put her at loggerheads with her former union colleagues and Labour MPs. MacDonald’s austerity split the party and triggered Bondfield’s resignation in 1931 after her proposed solutions to the crisis – means-tested benefits – were flatly rejected. “How can you means-test someone who has no means?” Ellen Wilkinson, the Labour MP and leftwing darling, challenged Bondfield.

Just like May, Bondfield’s efforts to fix a seemingly intractable problem were bitterly condemned by her own party. As a lonely political figure she had few comrades to come to her aid. Last summer I spoke to Theresa May. Talking about why she wasn’t part of the traditional Westminster cliques, she said: “I didn’t do that. Some people would say, of course, that’s been one of my problems over the years; I haven’t done it in the way that the men did it.” Parliament is a clubby place, and if you don’t have people watching your back your political fall can be as steep as your rise. Bondfield’s career, like May’s, ended in accusations of betrayal.

Bondfield’s fate did not go unnoticed by a young Labour activist, Barbara Castle. When Harold Wilson offered Castle the role of minister of labour four decades later, she declared she wouldn’t be “Maggie Bondfield mark two”. Yet Castle’s own policy, “In Place of Strife”, which aimed to reduce days lost to strikes, almost did for Castle what the depression did to Bondfield’s career. Although Castle survived in the cabinet, her chance to become leader of the Labour party was gone for ever as MPs and unions condemned her approach.

Bondfield lived for much of her life with Mary Macarthur, a trade unionist and suffragist, and died in a nursing home in 1953 at the age of 80. A lonely end to a remarkable life. The former prime minister and Labour leader Clement Attlee gave the address at her funeral.

Much has improved in terms of the representation of women in Westminster and conditions for female workers. However, we still have not had a female Labour leader – a source of huge shame to my party – or a female chancellor of any political shade. Women still own less, earn less and are more likely to live in poverty.

The challenges today for women in public life are different but real. The level of abuse online, the death and rape threats and indeed the murder of a female MP would have been unthinkable for Bondfield.

Every generation has new battles to fight, and while today in parliament there is a sisterhood of cheerleaders for issues neglected by men, as Prof Mary Beard writes: “Our model of political power remains resolutely male. Only when we can shut our eyes and see a tough, eloquent and resplendent woman will we know the revolution is truly complete.”