Roland Lombardi: Who are we to give lessons to Egypt? 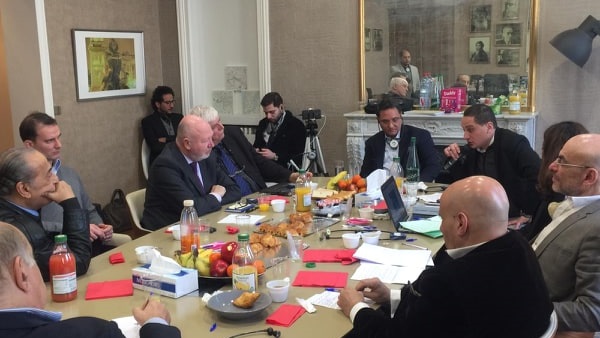 Roland Lombardi of the French National Institute for Studies and Research of the Islamic and Arab Worlds said on Wednesday that human rights violations and massacres still exist in the world, but and “we do nothing about them”

“The United Nations Human Rights Council has done nothing in the face of these violations. Who are we, as France, to give lessons to other countries, especially Egypt?” Lombardi wondered at a seminar organized by the Middle East Center for Studies in Paris (CEMO).

"It is a lie that countries speak about these agencies such as the Human Rights Council, which fails in doing its duties and there’s the well-known slogan democracy begins where the nation’s interests end,” he added.