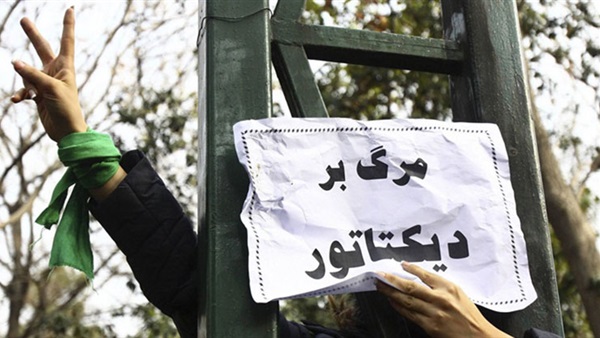 The Iranian government arrested, imprisoned or executed at least 860 journalists between 1979 and 2009, according to documents leaked to media monitoring group Reporters Without Borders (RSF).

At a news conference in Paris, RSF said whistleblowers had passed on 1.7 million records detailing judicial proceedings against an array of citizens, including minorities, government opponents and journalists.

RSF Secretary-General Christophe Deloire said the group had spent months cross-checking the records with its own documented cases and those of other NGOs, and had established that hundreds of journalists had been targeted by the state.

"The file is a register of all the arrests, imprisonments and executions carried out by the Iranian authorities in the Tehran area over three decades," RSF said.

Deloire told the press conference that the findings would be submitted to the UN High Commissioner for Human Rights Michelle Bachelet.

"The very existence of this file and its millions of entries show not only the scale of the Iranian regime's mendacity for years when claiming that its jails were holding no political prisoners or journalists, but also the relentless machinations it used for 40 years to persecute men and women for their opinions or their reporting," he said.

Prominent journalists in the file include Farj Sarkhohi, editor of a political magazine who Tehran said disappeared en route to Germany in 1996.

"The regime staged a press conference at the airport at which it produced Sarkhohi and claimed he had just returned from Turkmenistan. In reality, he had just spent two months in prison," the report said.

It also said Iranian-Canadian photographer Zahra Kazemi died of beating injuries at Tehran's Evin prison in 2003, after taking pictures of families waiting outside the facility.

Iran has denied her killing, with an official report on her death failing to disclose the cause of death.

In its analysis, RSF also identified another journalist who was executed. Simon Farzami, a Swiss-Iranian of Jewish origin was bureau chief of French news agency Agence France-Presse when he was arrested in 1980.