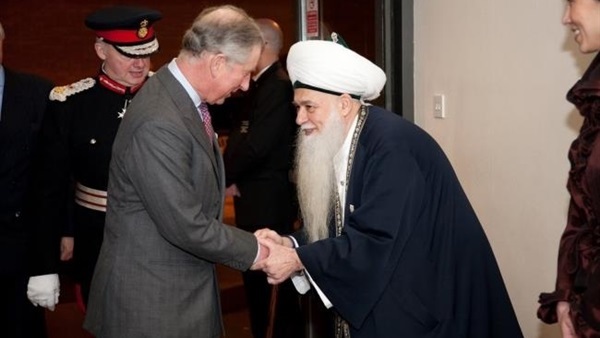 Sufism, or Tasawwuf as it is known in the Muslim world, is Islamic mysticism (Lings, Martin, What is Sufism?, The Islamic Texts Society, 1999, pg 15).

Non-Muslims often mistake Sufism as a sect of Islam. Sufism is more accurately described as an aspect or dimension of Islam. Sufi orders (Tariqas) can be found in Sunni, Shia and other Islamic groups. Ibn Khaldun, the 14th century Arab historian, described Sufism as:

dedication to worship, total dedication to Allah most High, disregard for the finery and ornament of the world, abstinence from the pleasure, wealth, and prestige sought by most men, and retiring from others to worship alone.

Ibn Khaldun's words are an accurate description of Sufis today.

Sufis are emphatic that Islamic knowledge should be learned from teachers and not exclusively from books. Tariqas can trace their teachers back through the generations to the Prophet himself. Modelling themselves on their teachers, students hope that they too will glean something of the Prophetic character.

Although Sufis are relatively few in number they have shaped Islamic thought and history. Through the centuries Sufis contributed hugely to Islamic literature for example Rumi, Omar Khayyám and Al-Ghazali's influence extended beyond Muslim lands to be quoted by Western philosophers, writers and theologians. Sufis were influential in spreading Islam particularly to the furthest outposts of the Muslim world in Africa, India and the Far East.

In order to see this content you need to have both Javascript enabled and Flash installed. Visit BBC Webwise for full instructions

Several origins of the word 'sufi' have been suggested. It may derive from the word for 'wool' and the woollen garments worn by early Sufis. It may also have connections with the word for 'purity' and another suggestion is that it has links with the Greek 'sophia' or wisdom.

However throughout history a Sufi was most often understood to be a person of religious learning who aspires to be close to Allah. They understand their purpose in life from the verse of the Qur'an:

In pursuit of this goal of worshipping Allah, Sufis belong to Tariqas, or orders, established in the first few centuries after the Prophet's death. These orders have a master who will teach sacred knowledge to others in the group.

Although Tariqas have a long history, in recent times some Muslims have questioned the necessity of Tariqas arguing that they were alien to the Prophet himself. Sufis make a convincing defence from the Qur'an and Sunna (what the Prophet said, did, agreed to or condemned).

Sufis acknowledge that Tariqas were not established at the time of the Prophet. They consider that the Prophet his companions and their immediate successors, the first three generations, embodied Islamic mysticism but the phenomenon was too general to have a specific name. Later generations of Muslims became distracted by worldliness and so those, now in the minority, that were dedicated to worshipping Allah were given the name Sufi. This turn of events was eloquently described in the 10th Century by Abu l-Hasan Fushanji who said:

Today Sufism is a name without a reality. It was once a reality without a name.

Although the word Sufism is absent from prophetic speech, it's believed Sufism's place in Islam is described by the Prophet:

Umar ibn al-Khattab, a companion of the prophet, said:

"One day we were sitting in the company of Allah's Apostle (peace be upon him) when there appeared before us a man dressed in pure white clothes, his hair extraordinarily black. There were no signs of travel on him. None amongst us recognized him. At last he sat with the Apostle (peace be upon him). He knelt before him placed his palms on his thighs and said: Muhammad, inform me about Islam.

"The Messenger of Allah (peace be upon him) said: Islam implies that you testify that there is no god but Allah and that Muhammad is the messenger of Allah, and you establish prayer, pay Zakat, observe the fast of Ramadan, and perform pilgrimage to the (House) if you are solvent enough (to bear the expense of) the journey. He (the inquirer) said: You have told the truth.

"It amazed us that he would put the question and then he would himself verify the truth.

"He (the inquirer) said: Inform me about Iman.

"He (the inquirer) said: You have told the truth. He again said: Inform me about Ihsan.

"He (the Holy Prophet) said: That you worship Allah as if you are seeing Him, for though you don't see Him, He, verily, sees you.

"He (the enquirer) again said: Inform me about the hour (of the Doom).

"He (the Holy Prophet) remarked: One who is asked knows no more than the one who is inquiring (about it).

"He (the inquirer) said: Tell me some of its indications.

"He (the Holy Prophet) said: That the slave-girl will give birth to her mistress and master, that you will find barefooted, destitute goat-herds vying with one another in the construction of magnificent buildings.

"Then he (the inquirer) went on his way but I stayed with him (the Holy Prophet) for a long while. He then, said to me: Umar, do you know who this inquirer was? I replied: Allah and His Apostle knows best. He (the Holy Prophet) remarked: He was Gabriel (the angel). He came to you in order to instruct you in matters of religion."

In this well-known hadith the angel Gabriel asks about pivotal features of the Islamic belief. They included Islam, Iman, and Ihsan. Islam is the outward practice of the religion. Iman is the belief in the unseen and what the prophets have informed us of. Ihsan is to worship Allah as though one sees him. Traditionally scholars were able to teach each of these essential parts of Islam. The Imams of Sharia or 'sacred law' taught at the level of Islam. The Imams of Aqida or 'tenets of faith' taught Iman. The Imams of Sufism taught at the level of Ihsan.

The need to learn from a teacher is based on the Quranic verses:

Ask those who know if you know not

And follow the path of him who turns unto Me

Sufis could be described as devout Muslims; praying five times a day, giving to charity, fasting etc, they adhere strictly to the outward observance of Islam. But they are distinctive in nurturing theirs and others' spiritual dimension. They are aware that one of the names of the Prophet was Dhikr Allah (Remembrance of God).

Dhikr as practised by Sufis is the invocation of Allah's divine names, verses from the Qur'an, or sayings of the Prophet in order to glorify Allah. Dhikr is encouraged either individually or in groups and is a source of tranquillity for Sufis.

...hearts become tranquil through the remembrance of Allah

Many Sufis have used the metaphor of lovers to describe the state Dhikr leaves them in. Sufis say adherence to the Sharia manifests in the limbs and Dhikr manifests in the heart with the result that the outward is sober, the inner is drunk on divine love.