African armies’ deficiency in construction and failure to confront terrorism 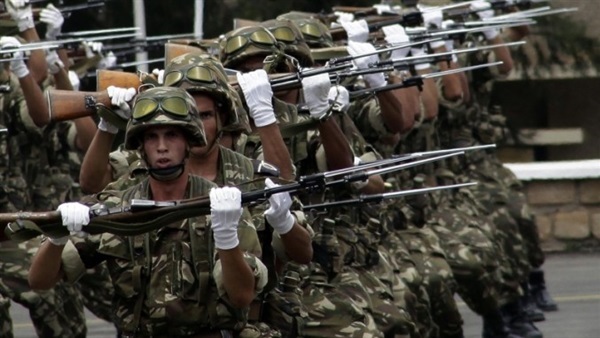 There have recently been reports that 200 soldiers from the Malian Presidential Guard unit have deserted after arriving in Canada in November 2018 on their way to receive counterterrorism training. Eighty of them are political asylum seekers in Canada, claiming that their lives are in serious danger and they were supposed to be put in the front lines to confront terrorists in northern Mali. 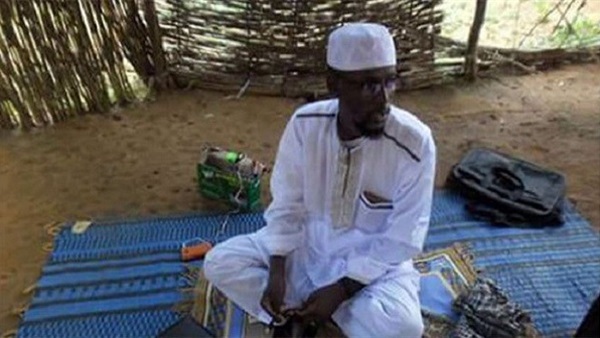 African soldiers who receive military training in Western countries often desert and refuse to return to their country, seeking asylum. This has prompted some countries such as the United States to stop receiving African soldiers for training.
Since last November, the Malian authorities have been trying to cover up the situation and address the Canadian authorities with the need to retrieve the deserting soldiers, to no real avail. The soldiers are on their way to obtaining political asylum. This has returned the discussion to the capabilities of African armies in general to face terrorist organizations, as they still face many challenges and crises. 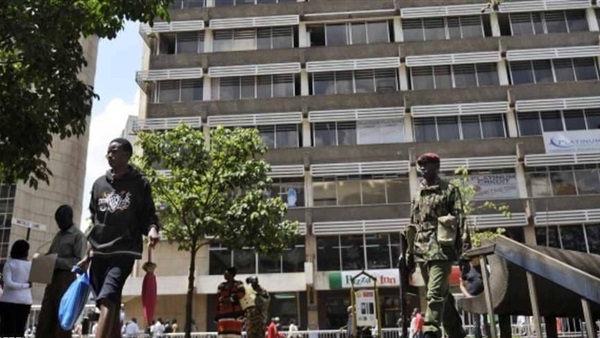 Absence of professionalism from African armies
Most sub-Saharan African armies lack professionalism in their vital roles to protect state borders and deter any attempts to threaten the safety of African countries. Since the independence of most African countries in 1960, many of them have experienced military coups that eventually led to their destabilization and their transformation into failed states, such as the Ivory Coast, which witnessed two military coups that led the country into a stage of total collapse during the period from 1999 to 2011.
In addition to the negative impact of military coups on the stability of the state, terrorist groups have been using the phenomenon over the past seven years to achieve their expansion and spread depending on the security vacuum left in those countries. For example, extremist groups in the Sahel-Saharan region, such as the Organization of the Islamic Maghreb and the Tawhid and Jihad and Ansar al-Din movements in northern Mali, took advantage of Amadou Sanogo’s military coup against President Amadou Toumani Touré in March 2012 and took control of the northern region of Mali, especially the famous city of Timbuktu, which called for French intervention in northern Mali in early 2013 to stop the takfirist groups from encroaching towards Mali’s capital Bamako.
In addition to the Malian experience, the extremist groups in northern Burkina Faso, particularly in the province of Soum, exploited the state of political and security chaos that faced the country in 2014 and 2015. In October 2014, the country witnessed popular unrest and protests against President Blaise Compaoré, which eventually led to his resignation. A year after Compaoré stepped down, a military coup against the country’s interim president, Michel Kafando, took place in September 2015. 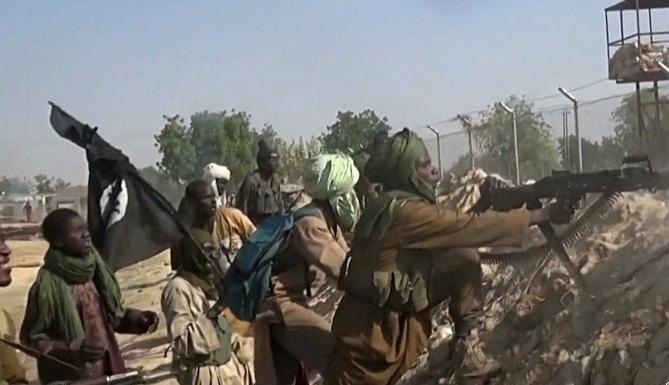 The security unrest that followed the military coup led to the incursion of Islamist groups in the northern province of Soum, where the Nusrat al-Islam group led by Malam Ibrahim Deco succeeded in spreading in those areas, threatening the stability of the state, which led to a military intervention of the Burkinabe army in March 2016 to control the region. However, Islamist groups are still scattered throughout the region, where they occasionally launch terrorist attacks against the people. The latest attack was on December 28, 2018, when a military school and checkpoint near the border with Mali were targeted.
Weakness of African armies’ military structure
The African armies suffer from structural weaknesses that make them rank poorly in the annual Global Firepower rankings. In the 2018 report, the African armies showed a decline in their capabilities, with the exception of the Egyptian army, which ranked 12th in the world, while the rest of the African countries came at the end of the list.
The armies assigned to fight Boko Haram, such as the Nigerian, Chadian and Cameroonian armies, received low ranks of 43, 94 and 110, respectively, while the African armies assigned to counter terrorism in the Sahel and Sahara, such as Niger and Mali, ranked 109 and 110, respectively. The rest of the region’s armies, such as the Burkinabe army, did not even make it on the list of 136 countries, indicating their severe weakness.
Finally, the African armies assigned to fight Al-Shabaab in Somalia did not get high ranks. The Ethiopian army ranked 51th in the world, while the Kenyan army, which is deployed in the south of Somalia, ranked 85th. The Somali army ranked 132nd out of 136.
We conclude that the African armies suffer from a structural imbalance, both on the level of armament or individuals, which made the terrorist organizations like Boko Haram and Al-Shabaab daring and declare their domination over many African regions from east to west.
In her study entitled “Why Africa's Militaries So Disappointingly Bad”, Michela Wrong, a British researcher on the experiences of democratization in Africa, points out that the African soldiers and military checkpoints lack simple logistics equipment, such as wireless radios, which allow them to contact their military units for help in the event of an attack, and African armies rarely use air raids in conflict zones.
The researcher also alluded to the rampant corruption in African armies, especially the Kenyan army, where evidence suggests the involvement of former Kenyan President Mwai Kibaki in corruption cases in the form of commissions and bribes received in exchange for the passage of some agreements estimated at $1 billion for the development of the Kenyan army, which did not materialize. 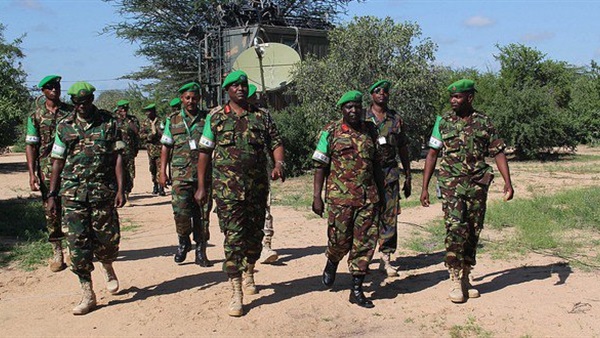 African intelligence vulnerability
The weakness of African intelligence has contributed to the rise of many terrorist organizations in Africa. In East Africa, for example, much criticism has been directed at Kenyan intelligence for its low performance against Al-Shabaab in Somalia. According to a report issued by the Washington Post on June 17, 2014, it is clear that the weakness of intelligence and security is the reason why Al-Shabaab is able to carry out operations in Kenya, especially the Westgate Commercial Center operations in 2013.
The Westgate attack in 2013 proved another breach in the Kenyan intelligence apparatus due to the weakness of its control over the security services in the region. A few days before the incident, local security services had been warned of an imminent attack, but they ignored the warning. This moved many politicians at the time to intervene in order to hold the Kenyan intelligence service accountable, stressing that the agency failed to rise to the level of the threat posed by Al-Shabaab.
Despite nearly six years passing since the Westgate incident, Al-Shabaab is still active within Kenya’s intelligence. In August 2018, the Kenyan authorities announced that a former commander in the General Services Unit responsible for guarding political dignitaries had been arrested for cooperating with Al-Shabaab and sneaking into Somalia to communicate with its fighters.
On the other side of Africa, intelligence weaknesses in West African countries played a role in recognizing the real dangers of extremist groups. In early 2012, Malian intelligence was unaware of the extent of extremist organizations’ activity in the north of the country, where they managed to gain control within a few months.
The authorities of Burkina Faso in 2012 did not recognize the danger of the al-Irshad group and its founder Malam Ibrahim Dicko or the group’s connection with al-Qaeda terrorist groups in northern Mali, such as the Macina Liberation Front.
In a report titled “Cameron's Far North: A New Chapter in the Fight Against Boko Haram”, the International Crisis Group reported that communities in northern Cameroon played a key role in providing intelligence support to Cameroonian government forces in the fight against Boko Haram. However, the laxity of Cameroonian intelligence in cooperating with these groups has been disappointing and has given life again to Boko Haram in northern Cameroon.
Weak regional coordination
African armies, as a result of the weakness of their armaments, infrastructure and intelligence, were supposed to unite with each other to face the threat of terrorist organizations, but this has not happened for many reasons, including lack of confidence among African political leaders. Many African countries are afraid that security and military coordination between them would lead to some of the major African countries like Nigeria to have dominance over the other countries.
Al-Ahram researcher Ahmed Askar pointed to the excessive sensitivity of some countries regarding their borders being intruded in order to fight terrorists. The African Union's decision on the formation of the African Multinational Joint Task Force at the Addis Ababa Summit of January 2015 did not authorize the Chadian forces to cross into Nigerian territory in order to pursue elements of Boko Haram.
Askar added that the main obstacles facing the formation of a joint African force are the absence of a unified strategy based on collective goals and each country seeking its own goals by giving priority to private stability at the expense of regional stability. Each country wants to have the leadership and upper hand in the fight against terrorism, which explains the failure of the coalition formed in the spring of 2015 to counter the expansion of Boko Haram in West Africa after its pledge of allegiance to ISIS.
The failure of regional coordination in fighting terrorism is evidenced by the region’s weakness in responding to terrorist threats. As terrorism intensified in Mali in 2012, the response did not come from African countries, but from France, which launched operations to fight extremist organizations in the Sahel. After about five years of increasing terrorist expansion in the Sahel and Sahara, five African countries (Mali, Chad, Niger, Mauritania and Burkina Faso) launched the G5 Sahel Force, whose role remains limited to facing terrorist organizations.
Regarding the changing nature of security challenges, Knox Chitiyo, a researcher at the British Royal Institute of International Affairs (Chatham House), pointed out that African armies face a fundamental problem in the changing nature of security challenges. They were designed in a conventional way to deal with conventional wars and counterinsurgency movements, but they have not been trained to combat terrorist groups deployed in Africa.