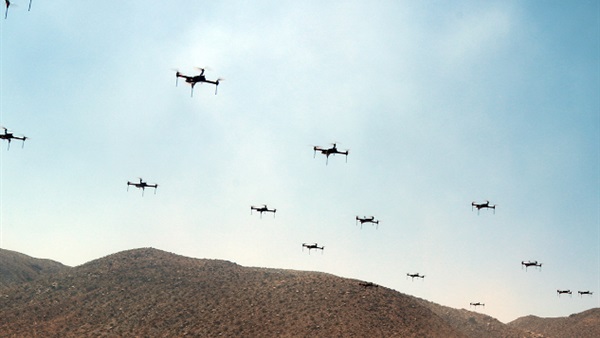 Drones have become an imminent threat to the security of many African countries.

This comes as terrorist groups and organizations have become able to obtain these drones.

The operation to which Mali was exposed in August 2022 demonstrates all this.

ISIS in the Sahara Desert used drones, artillery and booby-trapped trucks to stage the operation which left about 42 soldiers dead.

The operation also portended the difficult days that might be ahead for the region.

The biggest concern of African governments now is the spread of terrorist organizations, especially in the East African region and the Sahel.

These are the two regions where these organizations take advantage of weak security presence, especially in border areas, illegal flows of weapons, smuggling of illegal migrants, human trafficking, as well as the expansion of the activity of transnational organized crime networks.

There is also competition in these regions between al-Qaeda and ISIS for leadership and influence.

This rivalry explains the escalation of armed confrontations between the two groups.

Each of the two organizations tries to focus its operations, and strengthen and expand its state.

Meanwhile, regional states also have concerns regarding the consequences of the Russian-Ukrainian war and its negative effects on public life in Africa.

Commercial aircraft are available. These aircraft are easy to convert to combat aircraft for less than $650, according to military experts.

This accounts for the inability of many defence systems to identify them or shoot them down, due to their low-level flight at a relatively slow speed.

The same aircraft are capable of carrying an explosive payload with a length of about a foot.

Terrorist groups also acquire drones from organized crime gangs. Some types of drones can be purchased through electronic platforms, for about $50. The manufacture of these drones does not require high technology, with the body of the aircraft being manufactured from available materials, such as fibre.

The only obstacle for the organizations lies in having the necessary knowledge to carry out the manufacturing process of these aircraft,. This is why some groups, such as ISIS, have turned to hiring some technicians through intermediaries to design some programmes.

Al-Shabaab movement in Somalia uses advanced explosive devices technology in its operations. This facilitated the continued arrival of experts to transfer knowledge from other conflict areas, especially from Yemen, and others.

Drones were used for reconnaissance purposes and monitoring the movements of Somali security forces.

In 2016, al-Shabaab was able to install explosives and IEDs on drones to launch attacks on Somali government facilities. Drones were also used as part of its attack on a military base in 2019, according to intelligence reports of UN member states.

Iranian support contributed to the provision of drones to terrorist organizations. Iran did this with al-Shabaab in Somalia. It supplied the movement with weapons. It also supported the Houthis in Yemen by giving them more advanced drones of the medium-sized military category.

Terrorist organizations in Africa, especially in Sahel countries, such as ISIS, Boko Haram and al-Qaeda, use drones, due to their control over large areas within the countries of the region and the low level of security in these countries.