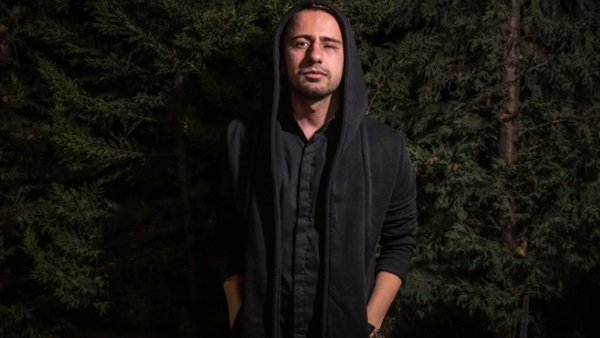 The protester was speeding toward a demonstration in Tehran on his motorbike when an Iranian security officer standing 10 feet away raised his gun and shot a rubber bullet into his left eye.

“We locked eyes and then everything went dark,” said the protester, who goes by the nickname Saman. He cupped his hand to his mutilated eye, afraid that it would drop from its socket, as he drove himself to a hospital where doctors refused to treat him, he said. He was finally admitted to the government-run Farabi Eye Hospital, where he was operated on nearly 24 hours after he had been shot.

Saman, 30, spoke by telephone from a location outside Iran where he fled last month. The New York Times is withholding his name and location as a security precaution.

The officer who aimed at his face, he said, had recognized him as one of the frontline activists who had gone night after night to Valiasr Square in Tehran, Iran’s capital, to face off against security forces, hurling back the tear gas canisters they fired into the crowd.

The impact of the shot, fired at such close range, left him blind in that eye. He provided medical documents and photographs of CT scans of his eye, which The Times asked two ophthalmologists to review. They confirmed that it had been irreparably damaged.

Saman is one of hundreds of victims to have suffered severe eye injuries inflicted by Iranian security forces since mid-September, according to doctors and medical facilities. That month, antigovernment protests swept across the country, prompting a violent crackdown. More than 300 Iranians have been killed, according to rights groups. Thousands have been injured.

Among the most irreversible effects of the government’s efforts to crush the uprising has been the blinding of people taking part in them. Across Iran, scores of protesters have gone to hospitals with eyes ruptured by the metal pellets and rubber bullets that security forces fire to disperse crowds.

The reports of mass eye injuries echo those in recent years from other places, including Indian-administered Kashmir and Chile, where street protests have been met with security forces firing pellet guns.

The full scope of the injuries in Iran has been largely concealed by an internet blackout there. But medical evidence given to The Times by doctors, protesters, family members of patients and rights groups revealed that ophthalmology wards in hospitals have been inundated with hundreds of eye wound victims. Eyewitness accounts and more than 80 pages of medical records from several hospitals and clinics showed that the range of injuries have included mutilated retinas, severed optic nerves and punctured irises.

Many protesters have no choice but to plead for treatment in government-run facilities, which are often patrolled by security forces. Some of the wounded have been denied treatment, and others have been arrested after surgery, according to lawyers and doctors.

Images and videos of CT scans, shared by medical staff and rights groups, present an eerie tableau of faces pockmarked by metal pellets.

One batch of medical records detailed the ordeal of a 22-year-old protester whose eyeballs had both been ruptured.

In a voice message left with a Kurdish rights group, a father lamented that he did not have enough money to pay for six surgeries for his son who had lost a retina.

“He is 18 years old and he has lost his vision completely,” the father said.

Many of the materials were shared in a private WhatsApp group that is being used as a hotline for Iranian ophthalmologists seeking advice on how to help injured protesters.

“In most cases, there is nothing we can do,” one ophthalmologist said by telephone from Tehran. Like others who shared information for this article, he spoke on the condition of anonymity for fear of retribution from the Iranian government.

“They were in shock — they were in disbelief that they had lost their eyesight so instantaneously,” the doctor said of the patients he had treated. “I try to give them hope, but I know from experience that the end result from these injuries is usually not good.”

The doctor said his phone was filled with distressing voice notes from protesters, family members and doctors pleading for his advice.

“Dear doctor, I was told you are an eye surgeon,” one young protester said in a voice message sent last month from Farabi Eye Hospital. “I have just been told my eye must be removed — I am wondering if there is anything you can do to save it.”

The protester eventually fled the country to receive more treatment, the doctor said.

Ophthalmologists from three large hospitals in Tehran — Farabi, Rasoul Akram and Labbafinezhad — estimated that their wards had admitted a total of more than 500 patients with grave eye injuries since the start of the protests in mid-September. Many have arrived with metal or rubber fragments still lodged in their heads. Doctors in Kurdistan Province in the north estimated that they had treated at least 80 such patients. Exact figures are difficult to determine as many protesters are too afraid to seek treatment in public hospitals.

In response, more than 230 ophthalmologists have signed a joint letter published this week addressed to the president of the Iranian Ophthalmology Association, Dr. Mahmod Jabbarvand, calling on him to make the “irreparable consequences of such severe injuries” known to the government.

In a message posted on Wednesday to the WhatsApp group for Iranian eye surgeons, Dr. Hassan Hashemi, a former minister of health who is an ophthalmologist, bemoaned the fact that doctors had not “protested these tragedies earlier” and urged hospitals to release statistics on serious eye injuries to “prevent the blindness of more of our compatriots.”

Farabi Eye Hospital, which has the country’s premier ophthalmology ward, has been especially strained by the surge in cases, doctors and witnesses said. In one three-week period last month, the hospital saw more than 150 patients. The deluge of traumatic cases has prompted at least one surgeon to resign in protest.

“I have never seen a scene like this, it was terrifying,” said the mother of Saman, the protester who lost his eye in Tehran. She had been living outside Iran and flew to the capital to be with him before his surgery.

She said in a phone interview that she arrived to a horrific scene in the hospital, where at least 20 patients were waiting to have eye surgery: a man partly blinded after being shot with 52 pellets, a 4-year-old girl roaming the halls with a bandaged eye and a security officer stalking the rooms, taking down names and bed numbers.

The mother said she learned from nurses on the floor that some of the wounded were being arrested. “It was surreal,” she said. “These are meant to be sanctuaries.”

“Security in hospitals is being replaced by officers who are spying on patients and even interfering with treatment,” said Shahram Kordasti, a London-based oncologist who has spoken with doctors in Iran. In some cases, security officials have prevented doctors from completing surgeries or forced them to discharge patients before they were fully treated. Many have pressured hospital managers to provide information on wounded protesters.

One Iranian lawyer who represents protesters said eight of his clients had been arrested in hospitals.

Saman said that while recovering after his surgery, he overheard an officer on his floor ask about him. “I knew then that I had very little time to get out,” he said.

With the help of a family friend, Saman’s mother smuggled her son, still in his hospital gown, out of the hospital and into a taxi to the friend’s home. Two days later, when he was well enough to travel, his mother bought two plane tickets out of the country.

“I thought I would die of a stroke from the stress,” Saman’s mother said. She was worried that the hospital had passed his name to border guards, or that they would see his mutilated eye and suspect he was part of the protests.

She said she did not allow herself to relax until their plane took off. “I felt that he was reborn,” she said. “It was as if God had returned my son to me again.”

Several times the reflection of Saman’s disfigured face has halted him in place. “In those moments, I feel lost and things go dark again,” he said. “But then I remember that my purpose is to show the world what the government has done. The evidence is in my face, and I am proud of this.”

Now living outside the country, he has started posting images and videos of his injury on Instagram. Within a week, he had more than 20,000 followers and a flurry of requests for advice from protesters who were similarly hurt.

Among them was a friend who had returned to the streets. Hours later, the friend sent him a photograph of his own wounded eye.

“He said he had wanted to avenge my injury,” said Saman, in tears. “Now he has told me that he himself is partially blinded.”