Deaths of Children at Iran Protests Stir Anger Among Demonstrators 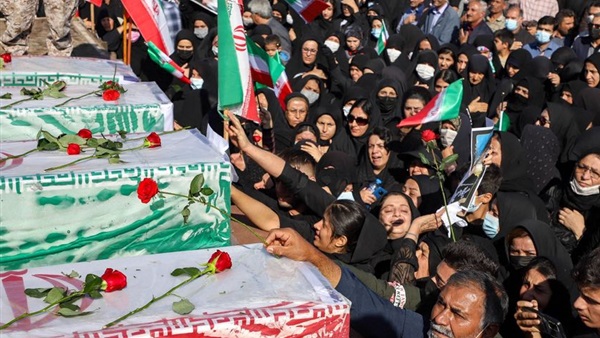 Mourners gathered Friday for the funeral of a 9-year-old Iranian boy shot during one of the protests that have shaken the country, chanting for the death of Supreme Leader Ayatollah Ali Khamenei as anger grows over the deaths of dozens of children involved in the demonstrations.

In a protest movement that is overwhelmingly made up of young people, the presence of minors has been common at demonstrations, especially teenagers who have driven the movement with actions at schools. Of the 381 protesters that human-rights groups say have been killed, at least 57 have been minors.

Their deaths have contributed to the anger of demonstrators, instead of instilling fear, activists and victims’ families said.

On Friday, in the southwestern Iranian city of Izeh, hundreds of people attended the funeral of nine-year-old Kian Pirfalak, who was killed during a protest on Wednesday.

Kian’s mother told mourners her son was in a car with her father when they came close to a large crowd and a heavy police force Wednesday evening.

“This is when they drew their firearms and sprayed bullets at our car,” she said in footage of the funeral’s speech posted on social media. She said her husband was hurt in the shooting and was in the hospital, where authorities were also detaining him.

At the boy’s funeral Friday, mourners chanted “death to Khamenei,” who is unpopular in Khuzestan Province, where a Sunni Arab minority has often complained of discrimination from the Shia Persian majority. The mourners also slammed the paramilitary Islamic Revolutionary Guard Corps.

The Iranian government says seven people died in Izeh on Wednesday, blaming a terrorist attack for the death of Kian and others. The government said two gunmen on motorbikes attacked security forces with Kalashnikov rifles. The authorities held a separate funeral Friday for people they said had been killed in the attack.

Kian’s mother said it was police, not gunmen on motorcycles, who killed her son.

Both the IRGC and opposition groups circulated a video of Kian playing with a handmade miniature boat but for different reasons—the IRGC to drum up sympathy for victims of a terrorist attack and the opposition to draw outrage about government forces killing children.

Kian’s death was also the subject of calls for protests internationally, with Hamed Esmaeilion, an Iranian-Canadian who has played a key role in demonstrations against the government abroad, calling for demonstrations on Saturday.

A 14-year-old child was also killed in Wednesday’s protest in Izeh, according to the Free Union of Iranian Workers, an umbrella of trade unions, and other opposition websites.

Nationwide protests have gripped the country for two months since the death of Mahsa Amini, a 22-year-old woman who died in police detention after being arrested for allegedly breaching Iran’s strict Islamic dress code. The protests have shifted from calls for the end of the mandatory headscarf, or hijab, to demands for the end of Islamic governance.

The use of lethal force, particularly in remote provinces inhabited by ethnic minorities, has taken a toll on minors. At least 10 children were killed in an afternoon on Sept. 30 when security forces shot live ammunition at a crowd in Zahedan, in eastern Iran, according to rights organization Amnesty International.

Meanwhile, protesters have also escalated their attacks on symbols of the Islamic rule in recent days. On Thursday, protesters set fire on the old family home of the late Ayatollah Ruhollah Khomeini, Iran’s former supreme leader and the founder of the Islamic Republic.

Videos verified by Storyful, which is owned by News Corp, the parent company of The Wall Street Journal, show protesters marching past as a blaze burns at the house-turned-museum in Khomein city.