Biden to pledge $2.9 billion for food fund while Iran blasts US sanctions 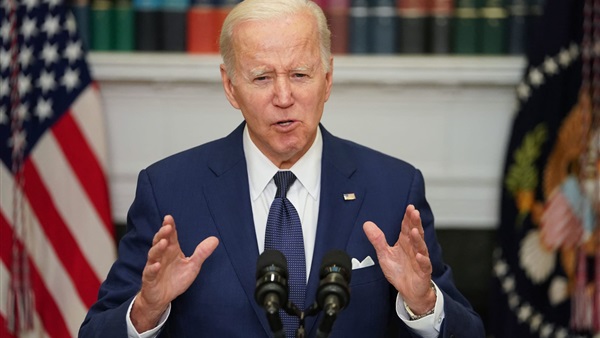 President Biden is set to announce another $2.9 billion for a fund aimed at helping to resolve global food insecurity caused in part by Russia’s invasion of Ukraine.

Biden will make the announcement in his speech to the UN general assembly, the White House said. The money “builds on the $6.9 billion in US government assistance to support global food security already committed this year,” it added in a statement.

The American website Politico is quoting White House aides as saying that the president’s UN speech was undergoing last-minute rewrites in the wake of President Putin’s “ominous” announcements earlier today.

Separately, a US official told Reuters that Biden would make a “firm rebuke” of Russia’s “unjust” war against Ukraine in his speech.

The general assembly meeting has already started, with President Raisi of Iran among the early speakers.

Raisi said that the US had “trampled upon” Tehran’s nuclear accord with world powers; President Trump withdrew America from the accord in 2018.

European officials have been trying to restore the deal, which saw sanctions against the Islamic republic relaxed in return for tight controls on its nuclear programme.

Iran has since ramped up production of enriched uranium, a raw material used in nuclear weapons, although it continues to insist that its intentions are peaceful.

Raisi used his speech in New York to deplore sanctions imposed by Trump on Iran, calling them a “punishment on the people of Iran”.

He also criticised the scrutiny of Iran’s nuclear activities while other nations’ nuclear programs remain secret, a reference to Israel.

His speech comes after protesters clashed with police in recent days in cities across Iran over the death of a 22-year-old woman who was being held by the morality police for allegedly not wearing a headscarf correctly. Further protests are expected to be held in New York against Raisi’s first visit to the United Nations.

Liz Truss and President Zelensky are due to address the assembly later, with the Ukrainian leader the only speaker allowed to do so remotely.