Putin Still Holds the Cards When It Comes to Global Energy 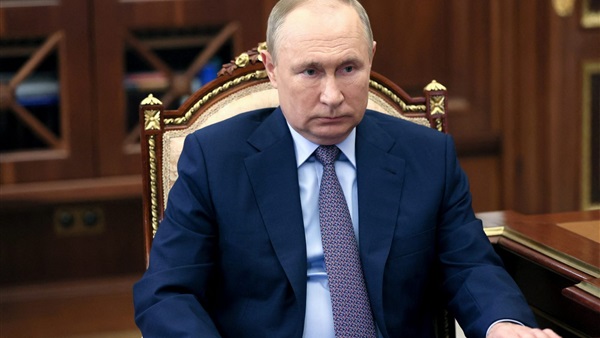 The much lauded Transatlantic unity against Russia’s war in Ukraine has failed either to save Ukraine or hobble Russia. Judging by the rhetoric coming out of the Kremlin, however, it has fed Russia’s delusions of persecution and given Putin a gnawing appetite for revenge. This is already taking the form of strangling agricultural exports to force a global food crisis. But beyond the unlikelihood of his aiming a nuclear weapon at a western capital, energy is the most potent weapon in Putin’s reach. He’s using it.

Before Russia invaded Ukraine on Feb. 24, common wisdom held that the energy superpower and the rest of Europe were in a mutually codependent relationship. The logic was that Russia could not afford to lose the European energy markets for its exports any more than the E.U. could afford to lose Russian oil and gas imports. Russia is dependent on Europe buying its oil and gas and coal for 60% of its revenues, 45% of its budget, and 14% of GDP; $430 billion/year. The E.U. is reciprocally dependent on Russia for 40% of its natural gas, 27% of its oil, and 45% of its coal. Win-win, or rather, lose-lose.

This balance had functioned essentially as a suicide pact—mutually assured economic destruction if either side tried to break free. Things have changed. Having belatedly realized the strategic and very real vulnerability born of energy dependency on Russia, Europe is now trying to win the ensuing standoff. More accurately, most of Europe is trying to break free of Russia’s energy dominance, but it got to the duel late and its pistol has jammed. Russia has gotten off the first shot.

On June 3, the European Union enacted a hard fought ban on Russian energy imports—sort of. The restriction applies only to oil, only if delivered by sea, and only as of December 5, 2022. Two months later, seaborne refined petroleum products (such as diesel and naphtha) will be banned. Oil and oil products that enter Europe from Russia by pipeline are not covered. Natural gas is not covered. Coal is not covered. The ban is prospective instead of immediate. And some countries have exemptions, including Hungary, Slovakia, the Czech Republic, Croatia, and Bulgaria.

An E.U.-wide embargo agreement proved impossible. The U.S. even agreed to maintain a sanctions carve-out through December 5, 2022 that will allow European companies to continue processing payments for Russian oil. Nonetheless, European Commission President Ursula von der Leyen assured the world that despite the narrow scope of the compromise ban it would be “an important step forward.” She promised 90% of Russian oil imports into the E.U. would be cut by 2024. In part, this is because approximately 67% of crude oil imports are seaborne. Getting to 90%, however, requires counting Poland and Germany’s non-binding pledges to voluntarily stop buying Russian pipeline oil by the end of 2022. This is probably a fantasy.

The partial oil ban is meaningful because it is something where nothing was before, and because getting recalcitrant and pro-Kremlin Hungary to agree to anything is remarkable. Yet Europe has paid Russia approximately $63 billion for energy imports just since its invasion of Ukraine. And it is natural gas, not oil, where the Kremlin has the most clout and thus the most to lose from a European embargo, but despite ongoing negotiations Europe seems incapable of taking the hard steps toward severing its gas dependency on Russia.

Moreover, it may already be too late. While Europe has struggled to get its sanctions footing, Putin has taken retaliatory initiative. In late April he cut off natural gas to Poland and Bulgaria. The Yamal gas pipeline that moves natural gas from Russia through Poland to Germany has been entirely unused by Russia for more than a month now. Since the beginning of June, Russia has been further reducing gas exports to the rest of Europe. On June 14, Russian gas giant Gazprom announced via Twitter that it was cutting gas flow through the Nord Stream 1 pipeline by 40%. Gazprom blamed Germany’s Siemens Energy for failing to return pipeline compressor equipment that was sent to Canada for repairs, which Siemens in turn blamed on sanctions. Meanwhile, Austria’s OMV has experienced an unspecified drop, Italy’s ENI a 15% drop, Germany’s Uniper a 25% drop with a total German reduction of 60%. Slovakia says it is receiving less than half of normal import volumes. The Czech Republic has seen a 30% drop. France has received nothing at all since June 15.

Putin’s logic may be that although severing energy supplies to Europe will hurt Russia, it will likely hurt Europe more if he can land the first blow. European gas storages are below average for this time of year at 52% full. With Nord Stream 1 running at its current 45% capacity, analysts calculate that European storages will not exceed 69% by November 1, 2022. This will put the continent in a dangerous position in early 2023 if the winter is cold, and alternative fuel sources are scarce.

More immediately, a heat wave in Europe has increased power consumption, which has combined with post-invasion market volatility to send natural gas prices soaring. Prices in Europe further spiked on June 16 from the shock of Gazprom’s export reduction announcement. Italy is considering declaring a state of “alert” that would allow it to ration natural gas distribution. Other countries will have to follow suit.

A series of mishaps, maintenance issues, and crises around the world have exacerbated the situation, further restricting supply while increasing consumption. For just a sampling: A Texas LNG terminal explosion has reduced capacity at a facility that was shipping 20% of U.S. exports. The Schwechat refinery in Austria suffered damage on June 3. The U.K.’s Fawley refinery had a fire on June 6, amid labor strikes. A May 28 fire at France’s Donges refinery has kept it offline. A Romanian diesel facility only recently came back online after a long repair, and the Dutch Pernis refinery is slowly coming back to life after its own repairs. Maintenance is planned for refineries all over Europe in 2022 and 2023.

The result is profound energy insecurity that keeps Europe from taking a firm stand against Russia, and that gives Russia the chance to draw and shoot first. Putin may also be enjoying watching the European energy crisis he is orchestrating affect the U.S., where inflation has coupled with refining blacklogs to push gas prices above $5/gallon. Even though petrol prices in Asia and Europe are over $11/gallon, economic woes may suffocate the Biden Administration, a clear win for Putin.

The head of Ukraine’s gas transmission system operator, Serhiy Makagon, joined other European voices in declaring the cut in gas exports an “escalation” by Russia. He described action on the proverbial energy battlefield as “getting hot” and predicted that the Kremlin could completely cut off energy exports to the E.U. Other experts disagree, principally because it would be so economically damaging for Russia—money aside, the physics of natural gas mean that stopping exports to Europe would destroy Russia’s natural gas industry.

The Kremlin’s energy retaliation against Europe amounts to a cut-off-the-nose-to-spite-the-face move, undoubtedly. But there is mounting evidence that Putin is considering it, and may have already cocked his gun. Europe, and the world, should prepare in earnest.