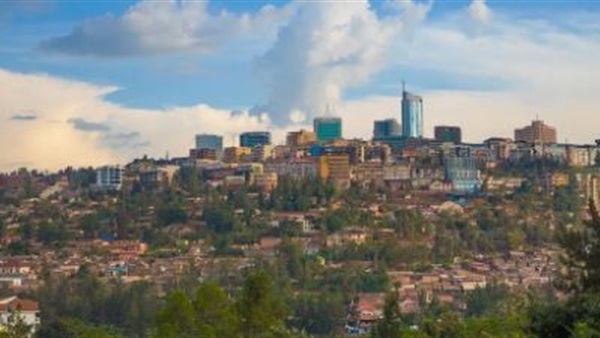 The Home Office is offering to fly asylum seekers back to the conflict zones they escaped from if they do not wish to be sent to Rwanda, the Guardian has learned.

Documents issued to the first group of asylum seekers facing removal to the east African country state that the Home Office voluntary returns service can help them go back to their home country.

The document adds: “You have the option to leave the UK voluntarily. However, should you be removed it will be to Rwanda.”

All of those who face being sent to Rwanda have had their asylum claims deemed ‘inadmissible’ by the Home Office because of their method of reaching the UK – generally crossing the Channel in a dinghy.

The letter adds: “There is no right of appeal against the decision to treat your asylum claim as inadmissible.”

Those currently detained for offshoring include Syrians, Sudanese, Afghans, Eritreans, Iranians and Iraqis, some of whose home countries are active conflict zones.

Karen Doyle of Movement For Justice, said: “It’s as if the Home Office is saying to this group of asylum seekers: ‘Here’s a hell we created for you in Rwanda but you can choose to go back to the hell you escaped from instead.’ This is not a choice. These are refugees who cannot return home. In practice this is ripping up the UK’s stated commitment to refugees.”

A significant number of those in the first group of 100 who have been targeted for offshoring to Rwanda are from Sudan.

Sudanese are not the largest nationality group to arrive in the UK on small boats in the first quarter of this year where they ranked seventh with 137 arrivals between January and March of this year. They have a 92% grant rate for asylum claims.

The largest nationality groups arriving on small boats were Afghans with 1,094 people followed by Iranians with 722 arrivals. Legal challenges against the plans have been mounted by Home Office workers’ union PCS and several refugee and human rights charities.

A group of asylum seekers facing offshoring embarked on a hunger strike this week and on Friday dozens in Brook House detention centre near Gatwick airport started a protest in the exercise yard.

Mohammed, 25, from Sudan, who is currently detained and facing offshoring to Rwanda, previously told the Guardian it had taken him more than three years and a journey of more than 5,000 miles to reach the UK after fleeing a massacre in his village in his home country. He said he was devastated by the threat of offshoring.

Clare Moseley, chief executive of Care4Calais, said: “It is deeply disturbing that the profile of people issued with Rwanda notices does not reflect those who cross the Channel in the largest numbers. Sudanese refugees often have no money to pay people smugglers and yet represent more than a third of those being sent to Rwanda.

“We are told that more than 25% of those crossing the Channel in the first three months of this year are Afghans yet they do not appear to be facing offshoring in such large numbers. The Rwanda plan is highly political. Is the selection process more so?”

A Home Office spokesperson said:“Our world-leading partnership with Rwanda is a key part of our strategy to overhaul the broken asylum system and break the evil people-smugglers’ business model.

“We have now issued formal directions to the first group of people due to be relocated to Rwanda later this month, where they will be given the opportunity to rebuild their lives there. This marks a critical step towards operationalising the policy and we remain fully committed to working with Rwanda to offer safety to those seeking asylum and ultimately save lives.”