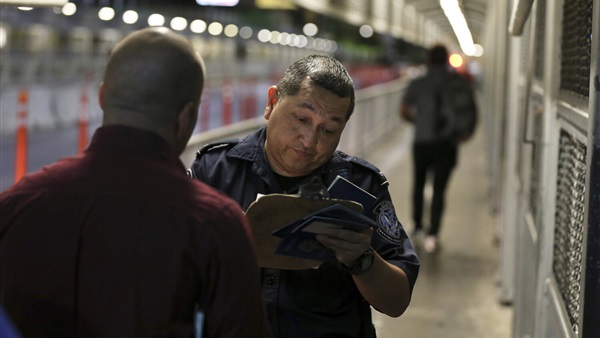 Ministers’ threats to send unauthorised migrants to Rwanda are having a detrimental impact on the physical and psychological health of people seeking asylum, according to two major refugee charities.

The British Red Cross and the Refugee Council, which worked with nearly 44,000 people in the asylum process, warn that they are disappearing from hotels and are reluctant to claim support for fear of deportation, detention and other harsh measures.

The development comes as the Home Office admitted that LGBTQ+ refugees could be persecuted if sent to Rwanda  but still plans to fly them 4,000 miles to the capital, Kigali.

The Home Office’s human rights assessment itself was also questioned on Tuesday, with the chief inspector of immigration asking for it to be independently scrutinised. The non-governmental organisation Human Rights Watch has described it as full of “blatant falsehoods”.

Mike Adamson, chief executive at the British Red Cross, said: “We are hearing directly from many people seeking asylum of the distress and anxiety recent announcements have provoked. People are telling us that they feel less safe and less welcome in the UK.

“It’s therefore unsurprising that people’s psychological safety and sense that they are welcome has been eroded, and that people [are] considering going underground leaving themselves without formal support and in very vulnerable positions.”

Those supported by the Red Cross include:

A Rwandan asylum seeker who contacted the Red Cross in south-east England fearing he could be sent back to the country. He disclosed that he would be in hiding and refraining from accessing support so he is not identified by the authorities.

An Afghan man living in temporary accommodation in the east Midlands who disclosed that he had gone into hiding, fearing that he would be detained and sent to Rwanda. He said that many of his friends were in the same situation and planned to go underground.

An asylum seeker from Ethiopia based in the West Midlands said that he feels anxious about the passing of the Nationality and Borders Act and disclosed he had left his accommodation out of fear that he will be sent to Rwanda.

An Afghan asylum seeker also based in the West Midlands who said he feels he is a second-class refugee as he is not eligible for recent schemes designed to support Ukrainians.

Enver Solomon, chief executive at the Refugee Council, said: “We are hearing tragic stories about the severe impact on mental health, including young, vulnerable children who are terrified what will happen to them, with reports of self-harm. We are concerned the government is not seeing the face behind the case and should be doing far more to exercise its duty of care towards vulnerable people.”

It comes the day after the Home Office said the first group of people would be informed this week of the government’s intention to relocate them to Rwanda. The first flights are expected to take place in the coming months, it said, adding that lawyers for some of those affected were likely to launch proceedings to stop their removal.

The government’s assessment of Rwanda’s human rights record stated that there were “not substantial grounds” for believing people would be at risk of treatment contrary to article 3 (freedom from torture and inhuman or degrading treatment) of the European convention of human rights in Rwanda.

A Home Office spokesperson said the UK has welcomed hundreds of thousands of people to the UK through legal asylum routes, as well as stepping up recently in times of crisis to people from Afghanistan and Ukraine.

“Asylum seekers have access to health and social care services from the point of arrival in the UK. We take every step to prevent self-harm or suicide, including a dedicated team responsible for identifying vulnerable asylum seekers and providing tailored support.”