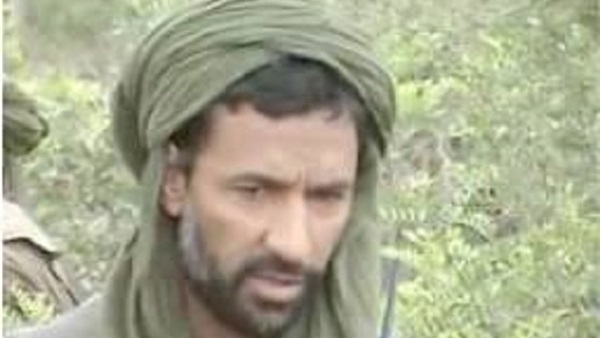 On Monday, March 7, the French army announced that its forces deployed in Mali had killed Algerian terrorist Yahya Jawadi, a prominent leader of Al-Qaeda in the Islamic Maghreb (AQIM).

Jawadi was killed in February in an area located about 160 kilometers north of Timbuktu in central Mali, according to a statement by the French army.

The French army published a statement in which it said that “after determining his location and officially identifying him, he was neutralized through a ground assault with the support of a Tiger reconnaissance and attack helicopter and two French drones.”

Jawadi, who was in his fifties, was one of the oldest terrorists who joined terrorist groups about 28 years ago, specifically in 1994.

Born in Sidi Bel Abbes in western Algeria, Jawadi joined the Armed Islamic Group in 1994 and left it between 1997 and 1998 during the period of major massacres in the Black Decade in Algeria. He then created his own armed organization, the Salafist Fighting Group, and also supported the establishment of Hassan Hattab’s Salafist Group for Preaching and Combat in 1998.

Jawadi joined the ranks of the Islamic Salvation Army (AIS) emanating from the Brotherhood’s Islamic Salvation Front (FIS), which is banned in Algeria. The group caused the deaths of about a quarter of a million Algerians and plunged the country into the most serious security crisis in its history.

Jawadi was the close friend and right arm of the terrorist Abdelmalek Droukdel, who founded the Salafist Group for Preaching and Combat in the second half of the 1990s, which carried out several massacres against the people of Algeria.

The organization declared its allegiance to al-Qaeda before turning into what is known today as al-Qaeda in the Islamic Maghreb (AQIM), which was established at the beginning of the early 2000s.

Jawadi took over the leadership of the media office of the Salafist Group for Preaching and Combat, before being promoted to the position of a military commander in September 2006.

In August 2007, Droukdel appointed him head of the ninth region in the Sahel and gave him the responsibility of the Emirate of the Sahara, succeeding the terrorist Mokhtar Belmokhtar after a bloody dispute between them.

In 2015, Jawadi assumed the leadership of AQIM’s Libya branch, before appearing in Mali in 2019, specifically in the Timbuktu region, where he assumed the position of financial and logistical coordinator for the terrorist organization.

Jawadi was considered the architect of the military areas of the Emirate of the Sahara, and he assumed the leadership of the largest military region, which extends between Mali, Niger, Nigeria, Libya, Mauritania and Chad, where he was known as the “Emir of the Emirs of the Sahara”.

Jawadi’s name rose after the conflict that erupted between Droukdel and Belmokhtar in 2007, when he was famous for a series of major criminal attacks and kidnappings.

After assuming the leadership of the Sahara region, Jawadi restructured the Emirate of the Sahara in conjunction with the increase in the number of those who joined the terrorist organization in the region, and he established four terrorist brigades: Al-Mulathameen Brigade, Tariq Ibn Ziyad Brigade, Al-Farq Brigade, and Ansar Brigade.

Jawadi then revealed a tendency for treason, and he became one of the enemies of his close friend Droukdel in the midst of the leadership struggle that blew up the terrorist organization. He announced his alignment with Droukdel's rival, Abdelhamid Abou Zeid, so Droukdel decided to isolate him and assigned the Emirate of the Sahara to Nabil Abu Alqama.