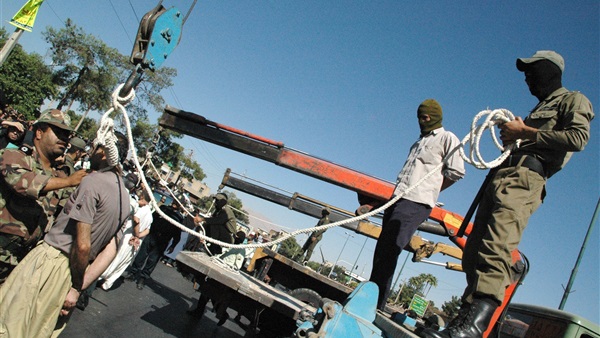 Executions have been on the rise since Ibrahim Raisi came to power in Iran.

The Islamic Republic was repeatedly condemned because of its deteriorating human rights record.

Among those executed in the past period, there were people under the age of 18.

They also included women and political opposition figures as well as members of the ethnic minorities that live in Iran's border areas.

Immersed in an endless cycle of economic and political crises, Iran's mullahs continue to carry out repression and executions for fear of an explosion of public resentment.

They also do this to prevent the eruption of the volcano of popular anger by betting on brutality and repression as the only way to maintain their grip on power.

The National Council of Resistance of Iran stated said at least 25 executions were carried out in less than three weeks.

The real number of executions carried out in the country is much higher, the council said in a statement.

President Raisi has a dismal human rights record. He was labeled the 'butcher of Tehran', against the background of accusations that he had a direct role in the extrajudicial executions of more than 30,000 dissidents at the end of the Khomeini era, when he worked in the judiciary at the end of the 1980s.

The US imposed sanctions on Raisi in 2019, before he took office, because of his human rights abuses, including executions in the 1980s and his role in quelling unrest.

The Iranian presidency said the new president would abide by human rights. Nonetheless, this had not materialized yet.

Recently, the Iranian regime executed a number of Baluch opponents who belong to the Sunni minority in the southeastern part of the country.

This encouraged the Iranian resistance to file a complaint at the United Nations and the European Union.

It asked them to condemn the escalation of executions and repression in Iran and to move immediately to save the lives of prisoners in Iranian prisons.