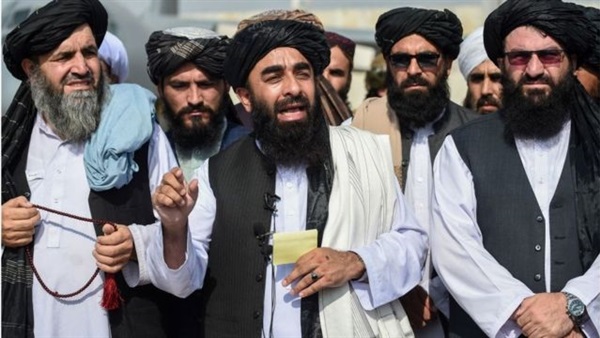 When Marjan Amiri marched for women’s rights on the streets of Kabul in September, Taliban gunmen called her a prostitute, kicked her and threatened to shoot her in the head. But what scared the 24-year-old Afghan civil servant most was her father’s reaction when she returned home.

Furious that she defied his orders against attending the protest, he repeatedly hit her “like a ball on the ground,” she said. Ms. Amiri’s younger sister, who witnessed the violence, confirmed her account. Her father couldn’t be reached for comment.

“Nothing scares me more than my father. Not even the Taliban,” said Ms. Amiri, who worked at the ministry of interior and like almost all Afghan female government employees lost her job after the Taliban takeover on Aug. 15. “I am standing against the Taliban because of what I went through with my father,” she said.

Even in Afghanistan’s patriarchal society, women used to be able to carve a path to independence for themselves, at least in relatively more liberal cities such as Kabul. Despite her family’s opposition, Ms. Amiri earned a university degree, found a job and aspired to become a diplomat.

Now those aspirations are gone.

The Taliban, who follow the ultraconservative rural traditions of Afghanistan’s Pashtun belt, have gone beyond what Islamic scholars elsewhere in the world consider to be appropriate, including restricting women’s education and work. While Afghan men in cities such as Kabul generally consider those views too extreme, many do believe that women are better off at home. Emboldened by the Taliban comeback, these men are telling their daughters, sisters and wives to adapt their lifestyles to the new regime and let go of the liberties they enjoyed until August.

As a result, young urban women such as Ms. Amiri find themselves largely confined to their homes. The United Nations’ women’s agency said this month that the reversals of women’s freedom had been immediate and dramatic. “Families are also self-censoring and imposing restrictions on the mobility of women and girls as a protection measure,” the agency said, pointing to how the fear of the Taliban transcends specific prohibitions on what women can and can’t do.

Empowering women was a key objective during the 20 years of American-led international involvement in Afghanistan. The change was especially visible in places such as Kabul, where women pursued careers in sectors from politics to journalism to law, and were often their family’s breadwinners.

Since August, women have been barred from many workplaces. Schools for girls over sixth grade are shut in most of the country. The Ministry of Women’s Affairs has been disbanded, as have shelters for victims of domestic violence. Fearing harassment by Taliban fighters—who often demand women to be accompanied by a male guardian—many women are too scared to go outside.

Afghan women say other men on the streets have become more aggressive as well, scolding them for their choice of clothes.

Hila, 25, is one of the few Afghan women still employed, working at one of the foreign embassies that remained in Kabul after the Taliban takeover. She says she has financially supported her parents and younger siblings for years. Even so, her younger brother, who is unemployed, welcomed the Taliban’s policy on women.

Hila considers herself lucky: She says her cousin, a law graduate, was pressured by her in-laws to quit her job as a third-grade teacher when the Taliban took over Kabul. But she is worried that if she loses her job she will have to get married to a man of her parents’ choice. “Girls who have their own salaries can protect themselves,” she said.

In a society where many believe women have no place in public life, women’s rights were often fragile. Most women who served in the Afghan armed forces, for instance, tried to keep their profession secret from family and friends.

Fahima, a 24-year-old Afghan Air Force officer, said that her best friend stopped seeing her when she found out she was in the military. When her brother-in-law found out, he threatened to kill her.

She and other female officers say they were never truly accepted by their male colleagues. When the Taliban arrived on Kabul’s doorstep, these colleagues turned even more hostile.

Fahima was still at the Air Force headquarters on the morning of Aug. 15, the day of the Taliban takeover, when her male colleagues started mocking her: “From now on you have to either wear a burqa or sit at home,” she recalls them saying.

Now living in hiding after selling many of her possessions for food, Fahima worries she could be hunted down by the Taliban, who have killed some former members of the armed forces despite promises of an amnesty.

Nargis Nehan, who served as a cabinet minister and as an adviser to ousted President Ashraf Ghani, said the U.S. used the issue of women’s rights to persuade other countries to join them in Afghanistan. “The moment they decided to leave Afghanistan, women were left behind. If helping women was a real objective they would not have given up so easily.”

The U.S. and its Western allies say they are committed to supporting Afghan women, and consider the Taliban’s respect of women’s rights as a precondition to recognizing their government as legitimate.

Taliban officials say that they will allow older girls to go to school and women to return to their workplaces once free transportation and gender-segregation arrangements are made. On Dec. 3, the movement’s supreme leader, Hibatullah Akhundzada, issued a decree that banned forced marriages and outlined widows’ rights regarding children and inheritance. The decree said nothing about women’s right to study and work.

“When it comes to education, under Shariah law rulers are compelled to provide opportunities for women to study in all fields, from engineering to medicine to journalism to aviation,” he said. “We are working on this issue and will continue to do so.”

Many Afghans are skeptical of the Taliban’s assurances. Until a few months ago, Ms. Amiri, the 24-year-old protester, believed that by working hard she could escape the homebound life that many Afghan women resign themselves to. She was financially independent of her family and her life goal—to become a diplomat—seemed within reach.

The Taliban takeover changed everything.

“I had earned my own money so that I could fulfill my dreams. With their arrival, my dreams shattered,” said Ms. Amiri. Her parents told her she would soon get used to sitting at home, but she didn’t.

With nothing to lose, she joined a burgeoning group of women’s-rights protesters who gathered in small groups on the streets of Kabul. Like other female protesters, she has come to expect threats and violence, and not only from the Taliban or her father.

An older brother who lives in France threatened to come to Afghanistan to punish her if she participated in one more protest, she said. Her uncles were furious. Even her 11-year-old brother said he was ashamed of her. She was temporarily kicked out of her house.

But she says she won’t give up easily.