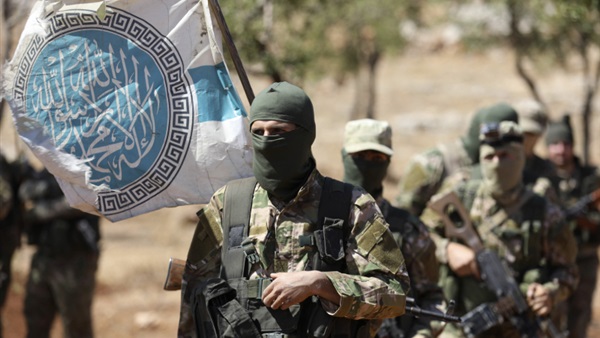 Idlib governorate in northern Syria is currently witnessing a crazy rise in the prices of basic food commodities as a result of Hayat Tahrir al-Sham (HTS), which controls the governorate, seizing food products and domestic gas cylinders, storing them in its warehouses and then selling them in the black market for exorbitant sums.

According to the Syrian Observatory for Human Rights, the prices of food commodities on which Idlib’s citizens mainly depend, such as oil, sugar, flour, eggs, meat and chicken, have skyrocketed.

The Observatory pointed out that the price of eggs, for example, witnessed a crazy rise that had not occurred for several years, but the large number of smuggling operations led to a scarcity of supply and made demand exceed supply despite the huge production in the governorate.

Meanwhile, activists said that HTS is behind the companies that monopolize domestic gas cylinders, which have become a heavy burden for every family living in Idlib and its countryside.

Gas cylinder prices have increased since the beginning of this month, and gas is among the materials that the HTS-affiliated Watad company imports from European countries through the Bab al-Hawa crossing.

According to informed sources, the company is importing gas-loaded tanks, which are transferred to three main laboratories controlled by HTS.

Syrian political activist Rayan Maarouf said that HTS has made life difficult in Idlib, as living in that governorate can only accommodate the wealthy due to the insanely high prices. Over the past months, HTS has opened many smuggling routes between Idlib and Saraqib, and these operations are causing high prices.

Maarouf confirmed in an exclusive statement to the Reference that the prices of livestock have increased significantly, as the price of a kilogram of lamb meat has reached approximately 18,500 Syrian pounds (US dollar = 3.49 Syrian pounds), a price that most Idlib residents cannot pay. The same applies to beef, as it is very expensive and the ordinary citizen cannot afford it. Therefore, the people depend on chicken, which has also been affected by the high prices.

Maarouf also pointed out that the prices of a kilogram of oil, sugar or flour have become more than the cost of 10 kilograms of bread dough, making life very difficult. He added that HTS often deliberately stifles the market by storing the most important food commodities in its warehouses and then selling on the black market, which has contributed greatly to the crazy rise in prices.