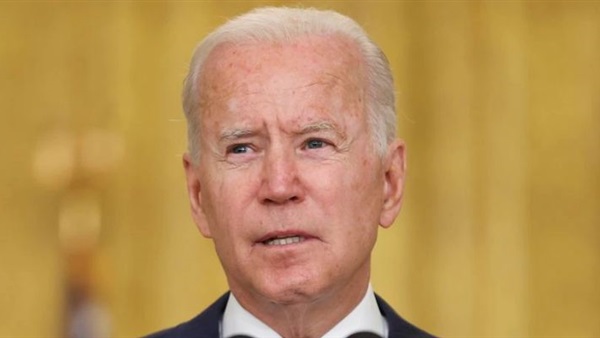 President Biden is pressing to set up a phone call with French President Emmanuel Macron in coming days, U.S. officials said Sunday, hoping to end a frantic stretch of public snubs and behind-the-scenes exchanges between the two allies.

U.S. officials acknowledged Sunday that they have been surprised by the strength of France’s reaction, which included abruptly recalling its ambassador from Washington last week. They privately attributed the spat largely to internal French politics as Macron seeks reelection but said they were nonetheless working urgently to tamp down the flare-up and avoid further inflaming a close ally.

One U.S. official, who spoke on the condition of anonymity to describe private conversations, said national security adviser Jake Sullivan met face to face with French Ambassador Phillipe Etienne on Thursday and Friday. Friday’s visit was to inform Sullivan of the ambassador’s immediate recall, and Etienne left Washington hours later.

Secretary of State Antony Blinken, meanwhile, attempted to set up a phone call with his French counterpart, French Foreign Minister Jean-Yves Le Drian, to describe the U.S.-U.K.-Australia deal before it was announced, but American officials said the French told them that they were unable to schedule a call.

Officials at the White House and State Department predicted that relations would warm up again after the French have made their displeasure known, saying they expected the French ambassador to return to Washington in the coming weeks. One French official said the recall for consultations was likely to last at least a week.

The ambassador’s departure “should not be interpreted as a major rift in the bilateral relationship,” said one U.S. official, who spoke on the anonymity because they were not authorized to speak publicly. Paris also recalled its ambassador to Australia.

U.S. officials noted that the collapse of the submarine deal is a significant economic blow to France’s important defense industry, suggesting that the French government had to signal its frustration to the country’s voters. “It’s a difficult situation, but we’ll manage it,” the U.S. official said.

Still, diplomatic aides acknowledged privately there are consequences to alienating a crucial European ally. As Germany’s Angela Merkel prepares to step down and Britain’s Boris Johnson contends with leaving the European Union, the Biden-Macron relationship has emerged as one of the most important in a U.S.-European alliance that the president has vowed to rebuild.

As president, Biden has promised to repair America’s overseas relationships and bring stability to foreign policy after the disruptions of Donald Trump’s tumultuous tenure. A rift with France, one of America’s closest allies, could undermine that effort.

The call between Biden and Macron would be aimed at reducing tensions after days of hurt feelings in France and growing exasperation in Washington at what multiple national security officials suggested was an overly theatrical French response.

A senior U.S. official, speaking on the condition of anonymity to describe a fluid situation, said that the phone call between Biden and Macron should occur “soon” but that officials are still figuring out the timing.

A spokesman for the French government said Sunday that Macron would be seeking “clarification” from Biden over the cancellation of the submarine deal and that the French president wants a discussion about compensation for France over the loss of its contract.

A French official reiterated Sunday that the new arrangement had been met with “shock” and “anger” in Paris. Le Drian publicly compared Biden to Trump “without the tweets, but with a sort of solemn announcement that is rather unbearable.”

The allusion to Trump gave an unusually personal twist to France’s rebuke of Biden, as French officials said the deal with Australia was the sort of action they’d come to expect of Biden’s predecessor. In an interview on France 2 television, Le Drian noted that this is the first time in the countries’ roughly 250-year history that France had recalled its ambassador to the United States.

The fact that, for the first time in the history of relations between the United States and France, we are recalling our ambassador for consultations is a grave political act that shows the intensity of the crisis today between our two countries and also with Australia,” Le Drian said. “There has been duplicity, contempt and lies — you can't play that way in an alliance.”

A French official also rejected the notion that Paris was overdramatizing to distract from the embarrassment of losing a lucrative arms contract. While “regrettable,” the loss of the submarine deal is less important than Washington’s willingness to go around France, the official said, speaking on the condition of anonymity to describe private sentiments.

U.S. officials have sought to deflect some of France’s anger to Australia, arguing that the onus was on Australian officials to tell France that it was scrapping their submarine deal. That message has frustrated the French, who said they expect more openness from a critical ally like the United States.

Otherwise, this term is hollow,” a French official said, referring to the notion that the two countries are allies.

Australian Prime Minister Scott Morrison defended the deal Sunday. He said the nuclear technology that the United States and Britain were offering was far superior to the French submarines, making the new deal clearly in Australia’s national interest.

This was a decision about whether the submarines that were being built — at great cost to the Australian taxpayer — were going to be able to do a job that we needed it to do when they went into service,” Morrison said at a news conference. “And our strategic judgment, based on the best possible intelligence and defense advice, was that it would not.”

He added, “Therefore, to go forward, when we were able to secure a supreme submarine capability to support our defense operations, it would have been negligent for us not to.”

The contract with France would have supplied Australia with diesel-electric submarines, as compared with the nuclear-powered technology from the United States, which makes submarines faster, more capable, harder to detect and potentially much more lethal.

The matter has attained more urgency as U.S. defense officials have warned that China is building up its naval presence, with Beijing now thought to have six nuclear attack submarines. The U.S. decision to share its nuclear technology with Australia is also evidence of Biden’s increasing focus on China, and U.S. officials see equipping Australia with the submarines as a crucial step in bolstering its allies’ effort to deter China in the Indo-Pacific region.

France’s decision to yank ambassadors from Washington and Canberra — the Australian capital — but not from London, was read as a snub of Johnson and a measure of payback for his successful effort to lead Britain out of the European Union, where France is a major player.

French officials suggested that the U.K. was not worthy of retaliation because it had so little influence. “Great Britain in this matter is a bit of a fifth wheel on the carriage,” Le Drian said in the France 2 interview.

Britain, until now the only nation with which the United States had shared its nuclear propulsion technology, had no real say in America’s move last week to include Australia, Le Drian said. He suggested Johnson was along for the ride, grateful for a chance to look important.

We know their constant opportunism,” the foreign minister said.

The U.S.-French tensions are now likely to overshadow the United Nations General Assembly meeting in New York, which begins in earnest on Tuesday. Macron is not attending the meeting, but Blinken is expected to meet with Le Drian along with other European foreign ministers.

We hope to continue our discussion on this issue at the senior level in coming days, including at UNGA next week, in line with our close bilateral partnership and commitment to cooperation on a range of issues, including the Indo-Pacific,” State Department spokesman Ned Price said in a statement.

Biden himself has yet to publicly weigh in on the spat with France, and he kept a light public schedule after arriving at his vacation home in Rehoboth Beach, Del., on Friday afternoon.

He attended church on Saturday afternoon and went for a bike ride on Sunday with his wife, first lady Jill Biden, in a state park near his home. On both days, he ignored questions from reporters about the dust-up with France.