France recalls ambassadors to US and Australia after Aukus pact 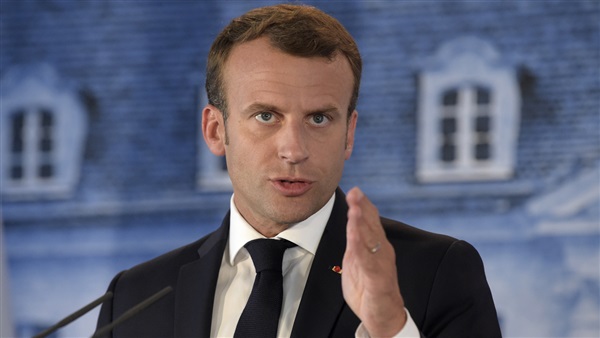 France has recalled its ambassadors to the US and Australia for consultations sparked by the “exceptional seriousness” of Canberra’s surprise decision to cancel an order for French-built submarines and its security pact with Washington and London.

The French foreign minister, Jean-Yves Le Drian, said the order to bring the ambassadors back to Paris “immediately” was made at the request of the French president, Emmanuel Macron.

This exceptional decision is justified because of the exceptional seriousness of the announcements made on 15 September by Australia and the United States,” Le Drian said in a statement late on Friday.

The French are furious at Australia’s decision to cancel a A$90bn (£48bn) contract it signed with the French company Naval Group in 2016 for a fleet of 12 state-of-the-art attack class submarines.

That deal became bogged down in cost over-runs, delays and design changes. Naval Group said the new deal that will see Canberra acquire nuclear-powered submarines built by the US and UK, instead of those from France, was a “great disappointment”.

Le Drian had already described the trilateral Aukus security pact – including the submarine deal – as a “stab in the back”.

The abandoning of the ocean class submarine project that linked Australia and France since 2016, and the announcement of a new partnership with the United States to launch studies on possible future cooperation on nuclear-powered submarines, constitute unacceptable behaviour between allies and partners, the consequences of which affect the very conception we have of our alliances, our partnerships and the importance of the Indo-Pacific region for Europe,” Le Drian added.

It is the first time France has recalled a US ambassador; the two countries have been allies since the American war of independence. France also cancelled a gala due to be held on Friday to commemorate the anniversary of the Battle of Chesapeake Bay, a decisive event in the war, which ended with the French fleet’s victory over the British on 5 September 1781.

A White House official told Reuters that the United States regretted the French decision and said Washington had been in close touch with Paris. The official said the United States would be engaged in the coming days to resolve differences between the two countries.

Peter Ricketts, a former permanent undersecretary at the Foreign Office and former UK ambassador to France, tweeted: “Don’t underestimate reaction in Paris. It’s not just anger but a real sense of betrayal that UK as well as US and Aus negotiated behind their backs for 6 months. I lived the rupture in 2003 over Iraq. This feels as bad or worse.”

After news of the ambassador recall, Lord Ricketts added: “Unprecedented between allied nations? Interestingly not from UK. A signal Paris regards Washington and Canberra as ringleaders in plot, with London as accomplice. Expect further French measures targeting interests of all three.”

The United Kingdom had acted in an opportunistic manner, a French diplomatic source said on Friday.

The UK accompanied this operation opportunistically,” the French diplomatic source told Reuters. “We do not need to consult in Paris with our ambassador to know what to think and what conclusions to draw from it.”

France has not mentioned Britain in any official communication regarding the deal, focusing its ire on Australia – and in particular the United States.

The Australian foreign affairs minister, Marise Payne, in Washington, said she understood the “disappointment” in Paris and hoped to work with France to ensure it understands “the value we place on the bilateral relationship and the work that we want to continue to do together”.