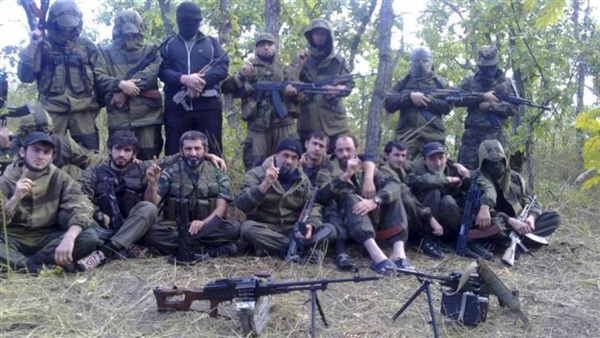 Russian police succeeded on September 10 in killing two terrorists during a security operation in the rural locality of Bryansk in Dagestan in southern Russia.

Security forces found the two terrorists in a forest area of ​​Bryansk, National Anti-Terrorism Committee said in a statement.

It added that policemen asked them to surrender, before they opened fire, prompting policemen to react, leading to their killing.

It noted that policemen seized automatic rifles, ammunitions and an explosive device from the terrorists after their killing.

In February this year, the Russian Federal Security Service announced the arrest of 19 terrorists in the southern part of the country.

It said the 19 were planning acts of sabotage and terrorist attacks in the North Caucasus, which includes Dagestan.

During the past days, Dagestan was the scene of terrorist operations that targeted police officers, civilians, and a number of other government institutions.

Most of the perpetrators of these operations were young men who joined ISIS in previous years.

Dagestan Interior Minister, Abdurashid Magomedov, said earlier that more than 1,200 of his country's citizens were within the ranks of various terrorist organizations outside Russia, including ISIS and al-Qaeda.

Dagestan is known as the land of Sufism. It stands out as a Muslim-majority region in the south of the Russian Federation. It is also known for its natural resources.

The Republic of Dagestan is famous for being a region of primarily Islamic and mystical religious character.

Since 1917, approximately 1,700 mosques have been built in this region, most of which belong to different Sufi orders.

Because of the large number of mosques in their region, the people of Dagestan bore the brunt of the policies of the central Russian government.