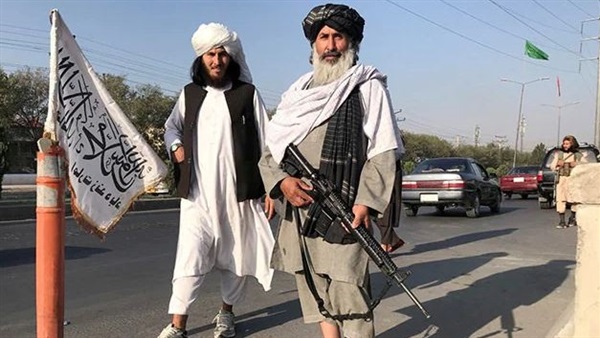 Afghanistan’s military has laid down its weapons, and the Taliban have wasted little time in collecting them, raising concerns about how easily troves of U.S.-made arms, military aircraft and armored vehicles have fallen into enemy hands and the new capabilities they bring.

The Taliban have seized airplanes, tanks and artillery from Afghan outposts and from evacuating U.S. personnel, revealing one of the heavier costs of a U.S. troop withdrawal amid a collapse of Afghanistan’s government and army.

“We obviously don’t want to see our equipment in the hands of those who would act against our interests, or the interests of the Afghan people,” Pentagon spokesman John Kirby said at a press briefing this week.

The U.S. sent nearly 600,000 small arms, 76,000 vehicles and 208 airplanes to Afghanistan’s military and police from 2003 to 2016, according to a 2017 Government Accountability Office report, one of the few such compilations. The most recent quarterly report of the U.S.-led military coalition documented deliveries of 174 Humvees, nearly three million rounds of ammunition, and nearly 100,000 2.75-inch rockets during the period.

The U.S. has also transferred anti-tank missiles, automatic grenade launchers, mortars and rocket-propelled grenades to Afghan forces. In all, Washington has spent more than $80 billion over 20 years on the Afghan forces, government auditors have said.

National Security Adviser Jake Sullivan told reporters earlier this week that the administration doesn’t know where all of the military equipment has gone since delivery nor how much of it the Taliban have captured.

The Taliban’s seizure of U.S. materiel stokes fears of a replay of events in Iraq, when the Islamic State extremist group was amassing territory. The U.S. conducted occasional missions to destroy U.S.-made equipment that initially was transferred to Iraqi forces but later fell into Islamic State control.

Military officials declined to comment this week about possible U.S. plans to disable military equipment to prevent the Taliban from appropriating more of it.

In a letter sent Wednesday to Secretary of Defense Lloyd Austin, 25 Republican senators requested an inventory of U.S. military equipment provided to the Afghan Armed Forces in the last year, the amount disabled before the U.S. withdrawal, and Taliban seizures.

“It is unconscionable that high-tech military equipment paid for by U.S. taxpayers has fallen into the hands of the Taliban and their terrorist allies,” the letter said. “Securing U.S. assets should have been among the top priorities for the U.S. Department of Defense prior to announcing the withdrawal from Afghanistan.”

The Pentagon for years has had a limited grasp of the disposition of military equipment sent to Afghanistan. A 2014 report by the Special Inspector General for Afghanistan Reconstruction, or Sigar, stated that more than 200,000 small arms were unaccounted for.

In a December report, Sigar found that the Pentagon didn’t meet U.S. inspection requirements for weapons, inventorying only 40% of applicable military items from May 2019 to April 2020.

“Providing these advanced capabilities as a way of making up for a lack of fighting will now seems to have been a silly endeavor,” Mr. Yousif said.

The Afghan air force had 167 operational planes and helicopters, including the UH-60 Black Hawk helicopter and the A-29 Super Tucano, a Brazilian turboprop attack plane modified for counterinsurgency missions, Sigar reported in June.

Airplanes and helicopters, however, are unlikely to provide the Taliban much practical value, given the expertise needed to operate and maintain them, defense analysts have said. Aircraft and aircraft components and parts could be worth more in the profits they would bring when sold on the secondary market.

As the Taliban took control of the country, hundreds of Afghan service members flew to neighboring Uzbekistan on nearly 50 Afghan Air

Many of the seized U.S.-made small arms are likely to benefit related groups, such as Pakistani Taliban factions and militants and separatists in Kashmir and the Balochi region, said Matthew Henman, the head of terrorism and insurgency research at Janes, a defense-industry analyst.

The most valuable items are Humvees and Mine-Resistant Ambush-Protected vehicles, known as MRAPs, since they support existing Taliban patrols and require limited know-how and upkeep. But some of the defense analysts said the abandoned weapons don’t provide the Taliban with an advantage over U.S. forces.

“These seizures have more propaganda value for the Taliban than any real leveling-up of capabilities,” Mr. Henman said.