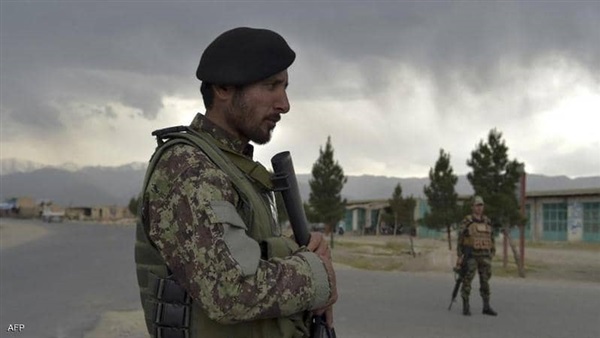 KABUL, Afghanistan — An important city in Afghanistan’s south was in danger of falling to the Taliban on Saturday as their fighters pushed toward its center despite concerted American and Afghan airstrikes in recent days.

Reports from Lashkar Gah, capital of Helmand, a province where the Taliban already controlled much of the territory before their recent offensive, were dire: People were fleeing their homes, a hospital in the city had been bombed, and government reinforcements were only now arriving after days of delays.

“We are just waiting for the Taliban to arrive — there is no expectation that the government will be able to protect the city any more,” said Mohammadullah Barak, a resident.

What comes next in Lashkar Gah is anything but certain — the city has been on the brink of a Taliban takeover off and on for more than a decade. But if the insurgent group seizes the city this time it will be the first provincial capital to fall to the Taliban since 2016.

The worsening situation in Lashkar Gah is a more acute version of what is happening in cities across the country after the Taliban seized around half of Afghanistan’s 400-odd districts since U.S. and international forces began withdrawing from the country in May.

Thousands of civilians have been killed and wounded — the highest number recorded for the May-to-June period since the United Nations began monitoring these casualties in 2009. At least 100,000 more have been displaced from their homes.

On Saturday, fighting between insurgent and government forces around Herat city, a traditionally safe area in the country’s west, edged dangerously close to its periphery. Many shops were shuttered on Saturday and Herat’s airport remained closed to civilian travel for a third day. On Friday, a U.N. compound there was attacked, and one of its guards was killed.

Taliban fighters also remained entrenched in neighborhoods in Kandahar, Afghanistan’s second-largest city, in the country’s south. In Kunduz city, an economic hub on the Tajikistan border, efforts to root out the Taliban now garrisoned within its walls have stalled.

The government’s response to the insurgents’ recent victories has been piecemeal. Afghan forces have retaken some districts, but both the Afghan air force and its commando forces — which have been deployed to hold what territory remains as regular army and police units retreat, surrender or refuse to fight — are exhausted.

In the security forces’ stead, the government has once more looked to local militias to fill the gaps, a move reminiscent of the chaotic and ethnically divided civil war of the 1990s that many Afghans now fear will return.

In Lashkar  Gah, an Afghan military officer said government forces had requested reinforcements for days without luck, and described the situation as dire. Reinforcements began arriving on Saturday evening, he said.

In May, Afghan and U.S. airstrikes pushed back an attack on the city, and a few staunch Afghan army units held what territory they could after the local police fled. But this time there is less American air support, and Afghan defense officials were frantically trying to reinforce the cities under siege to stall the Taliban advance.

Just north of Lashkar Gah, in a nearby town, the Taliban on Saturday hanged two men accused of kidnapping children from the entrance gate for all to see — a troubling indicator that the insurgents’ hard-line rule of law was inching closer to the provincial capital.

In an effort to break the siege, Afghan aircraft bombed Taliban positions in neighborhoods across Lashkar Gah Friday night, a tactic that almost always results in civilian casualties when carried out in populated areas. Emergency Hospital, one of the main surgical centers in the city, reported on social media Saturday that it was full.

Attaullah Afghan, the head of the provincial council in Helmand, said the Afghan air force had bombed a private hospital in the city after the Taliban took shelter there, killing a civilian and wounding two others. Several Taliban fighters were also killed in the strike, he said..

“Only the center of the city is free of the Taliban,” said Abdul Halim, a resident. “The city is locked and surrounded by the Taliban from all four fronts.”

Mr. Halim said that the presence of U.S. aircraft, part of a muted bombing campaign launched by the U.S. military earlier this month to slow the Taliban’s advance and boost the morale of Afghan security forces, has done little to stop the fighting during the day.

“We have no idea what is going to happen,” Mr. Halim said