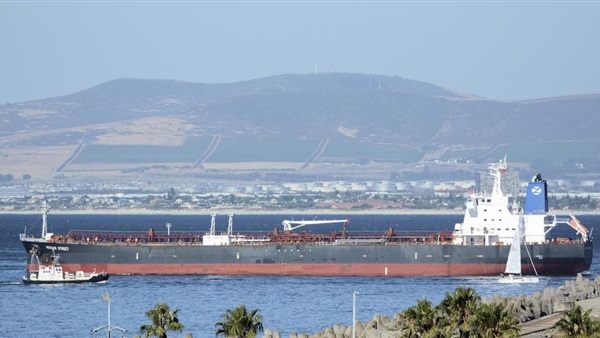 JERUSALEM — An oil tanker managed by an Israeli-owned shipping firm was attacked on Thursday night off the coast of Oman, killing two crew members, according to the firm and three Israeli officials.

Two of the officials, who spoke on condition of anonymity to discuss sensitive military matters, said the attack appeared to have been carried out by several unmanned Iranian drones that crashed into living quarters underneath the ship’s command center, or bridge.

The incident was apparently the latest salvo in a maritime shadow war between Iran and Israel, and the first attack known to have killed civilians.

The Israeli-owned firm, Zodiac Maritime, said that the two crew members killed were from Britain and Romania, and that on Friday afternoon the vessel was sailing under the protection of an American naval escort. A U.S. Defense Department official said that two American Navy vessels had responded to a distress call but were not escorting the ship.

The U.S. official said that American personnel had gone aboard the tanker to assist with a forensic investigation, and confirmed that multiple drones were involved in the attack, though it was unclear how many actually hit the ship. The official did not ascribe responsibility.

Zodiac described the attack as “a suspected piracy incident” aboard the Mercer Street, a 600-foot-long tanker, as it sailed to the United Arab Emirates from Tanzania. The ship is owned by a Japanese company and sails under a Liberian flag.

But Zodiac, which manages the Mercer Street, is led by Eyal Ofer, an Israeli shipping magnate, prompting some analysts to speculate that it may have been targeted by Iranians, even before the Israeli officials identified the drones as Iranian.

Israel’s foreign minister, Yair Lapid, wrote on Twitter that he had spoken with his British counterpart, Dominic Raab, about “the need to react severely to the attack on the ship in which a British citizen was killed.”

“Iran isn’t just an Israeli problem,” Mr. Lapid added, “but is an exporter of terrorism, destruction and instability that hurt all of us.”

Iran did not explicitly claim or deny responsibility, but a state-owned TV channel, Al-Alam, described the attack on the ship as a response to a recent Israeli strike on a military airport in Syria, whose regime is backed by Iranian forces.

The ship’s route would have taken it through a strait between Oman and Iran where several attacks on private Israel-linked ships have occurred in recent months — episodes that Israeli officials have blamed on Iran.

In early July, a cargo ship once owned by Zodiac was attacked by Iran in the Indian Ocean, according to an Israeli official, who said Iran mistakenly believed that ship was still owned by Zodiac.

Hans Tino Hansen, the chief executive of Risk Intelligence, a security analysis firm that tracks incidents in the gulf, said, “The pattern of the attack and the outcome seems like a serious escalation in the Iranian-Israeli ‘tit for tat’ engagement that has been ongoing in the maritime domain over the last couple of years.”

Since 2019, Israel has targeted ships carrying Iranian weapons and oil through the eastern Mediterranean and the Red Sea — the latest iteration of a regional shadow war between Iran and Israel that has been waged for years across the Middle East.

Israel has been accused of frequent attacks and assassinations on Iranian soil, mostly targeting nuclear facilities, and it conducts airstrikes against Iran-linked groups fighting in the Syrian civil war and Iranian military bases in Syria.

Iran has armed and financed groups throughout the Middle East, notably in Iraq, Syria, Gaza, Yemen and Lebanon, where it supports Hezbollah, a Shiite militia and political movement — designated by the United States, the European Union and others as a terrorist group — that has long opposed Israel.

Tensions have risen in recent months as the United States has tried to reinstate a lapsed 2015 agreement that saw Iran pledge to scale back its nuclear program in exchange for an easing of foreign restrictions on the Iranian economy.

Israel opposes any reinstatement of the deal, which Israeli officials believe does not sufficiently restrict Iran’s nuclear program or curb its expansionist aims in the region.

Israel is believed to have acquired nuclear weapons in the 1960s, though its government has never confirmed it.

An Israeli intelligence official, who was not authorized to speak publicly, said that the timing of Thursday’s attack suggested that Iran was now expanding the scope of its maritime operations.

Previously, Iran made attacks at sea in response to maritime incidents attributed to Israel. Now, the official said, Iran appeared to be using the sea to respond to attacks that Israel was perceived to have made on Iran and its allies on land, as well