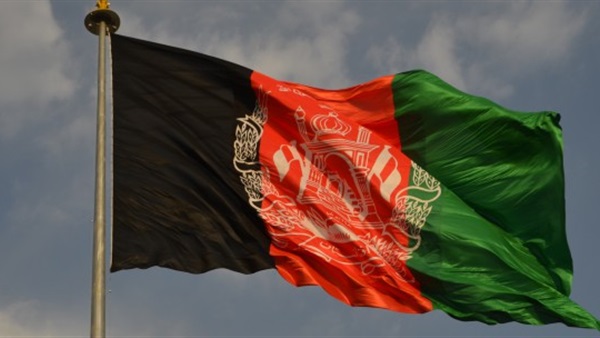 KABUL, Afghanistan — Haji Sakhi decided to flee Afghanistan the night he saw two Taliban members drag a young woman from her home and lash her on the sidewalk. Terrified for his three daughters, he crammed his family into a car the next morning and barreled down winding dirt roads into Pakistan.

That was more than 20 years ago. They returned to Kabul, the capital, nearly a decade later after the U.S.-led invasion toppled the Taliban regime. But now, with the Taliban sweeping across parts of the country as American forces withdraw, Mr. Sakhi, 68, fears a return of the violence he witnessed that night. This time, he says, his family is not waiting so long to leave.

“I’m not scared of leaving belongings behind, I’m not scared of starting everything from scratch,” said Mr. Sakhi, who recently applied for Turkish visas for himself, his wife, their three daughters and one son. “What I’m scared of is the Taliban.”

Across Afghanistan, a mass exodus is unfolding as the Taliban press on in their brutal military campaign, which has captured more than half the country’s 400-odd districts, according to some assessments. And with that, fears of a harsh return to extremist rule or a bloody civil war between ethnically aligned militias have taken hold.

So far this year around 330,000 Afghans have been displaced, more than half of them fleeing their homes since the United States began its withdrawal in May, according to the United Nations.

Many have flooded into makeshift tent camps or crowded into relatives’ homes in cities, the last islands of government control in many provinces. Thousands more are trying to secure passports and visas to leave the country altogether. Others have crammed into smugglers’ pickup trucks in a desperate bid to slip illegally over the border.

In recent weeks, the number of Afghans crossing the border illegally shot up around 30 to 40 percent compared to the period before international troops began withdrawing in May, according to the International Organization for Migration. At least 30,000 people are now fleeing every week.

The sudden flight is an early sign of a looming refugee crisis, aid agencies warn, and has raised alarms in neighboring countries and Europe that the violence that has escalated since the start of the withdrawal is already spilling across the country’s borders.

“Afghanistan is on the brink of another humanitarian crisis,” Babar Baloch, a spokesman for the U.N. High Commissioner for Refugees, said earlier this month. “A failure to reach a peace agreement in Afghanistan and stem the current violence will lead to further displacement.”

The sudden exodus harks back to earlier periods of heightened unrest: Millions poured out of Afghanistan in the years after the Soviets invaded in 1979. A decade later, more fled as the Soviets withdrew and the country fell into civil war. The exodus continued when the Taliban came to power in 1996.

Afghans currently account for one of the world’s largest populations of refugees and asylum seekers — around 3 million people — and represents the second highest number of asylum claims in Europe, after Syria.

Now the country is at the precipice of another bloody chapter, but the new outpouring of Afghans comes as attitudes toward migrants have hardened around the world.

After forging a repatriation deal in 2016 to stem migration from war-afflicted countries, Europe has deported tens of thousands of Afghan migrants. Hundreds of thousands more are being forced back by Turkey as well as by neighboring Pakistan and Iran, which together host around 90 percent of displaced Afghans worldwide and have deported a record number of Afghans in recent years.

Coronavirus restrictions have also made legal and illegal migration more difficult, as countries closed their borders and scaled back refugee programs, pushing thousands of migrants to travel to Europe along more dangerous routes.

In the United States, the growing backlog for the Special Immigration Visa program — available to Afghans who face threats because of their work with the U.S. government — has left roughly 20,000 eligible Afghans and their families trapped in bureaucratic limbo in Afghanistan. The Biden administration has come under heavy pressure to protect Afghan allies as the United States withdraws troops and air support amid a Taliban insurgency.

Still, as the fighting between Taliban, government and militia forces intensifies and civilian casualties reach record highs, many Afghans remain determined to leave.

One recent morning in Kabul, people gathered outside the passport office. Within hours, a line snaked around three city blocks and past a mural of migrants with an ominous warning: “Don’t jeopardize you and your family’s lives. Migration is not the solution.”

“I need to get a passport and get the hell out of this country,” said Abdullah, 41, who like many in Afghanistan goes by only one name.

Abdullah, who drives a taxi between Kabul and Ghazni, a trading hub in the southeast, remembers speeding toward the capital when fighting erupted recently, picking up a group of Afghan troops who demanded a ride along the way. Two days later, his boss called to say that Taliban fighters had asked about a taxi driver seen evacuating security forces — and had recited Abdullah’s license plate.

Terrified, Abdullah says he will find any way to leave.

“Trying to leave legally is costly, and if we go illegally it is dangerous,” he said. “But right now the country is even more dangerous.”

Farther west, a surge of Afghans have flocked to Zaranj, a hub for illegal migration in Nimruz Province, where smugglers’ pickup trucks snake south down the borderlands to Iran each day.

In March, around 200 cars left for the Iranian border each day from Zaranj — a 300 percent increase from 2019, according to David Mansfield, a migration researcher and consultant with the British Overseas Development Institute. By early July, 450 cars were heading to the border each day.

Those who can afford it pay thousands of dollars to travel to Turkey and then Europe. But many more strike pay-as-you-go deals with smugglers, planning to work illegally in Iran until they can afford the next leg of the journey.

“We don’t have any money or means of getting a visa,” said Mohammad Adib, who is considering migrating illegally to Iran.

Mr. Adib fled his home in Qala-e-Naw, in the country’s northwest, in early July after the Taliban laid siege to the city one night. As dawn broke, he says the paw-paw-paw of gunfire was replaced with wails from neighbors. Electricity lines littered the ground. Doors of houses were broken down. The road was stained with blood.

“We cannot find another way out,” he said.

In Tajikistan, officials recently announced that the country was prepared to host around 100,000 Afghan refugees, after the country received around 1,600 Afghans this month.

Other neighboring countries have expressed less willingness to host an outpouring of Afghans, instead beefing up their border security and warning that their economies cannot handle a new influx of refugees. Leaders in Central Europe have called to increase their border security as well, fearing the current exodus could swell into a crisis similar to that in 2015 when nearly a million, mostly Syrian migrants entered Europe.

But in Afghanistan, about half of the country’s population is already in need of humanitarian assistance this year — twice as many people as last year and six times as many as four years ago, according to the United Nations.

Mohammad Nabi Mohammadi, 40, borrowed $1,000 to bring 36 relatives to Kabul after the Taliban attacked his village in Malistan district. Today his three-room apartment, situated on the edge of the city feels more like a crowded shelter than a home.

The men sleep in one large living room, women stay in the other and the children cram into the apartment’s one small bedroom alongside bags of clothes and cleaning supplies. Mr. Mohammadi borrows more money from neighbors to buy enough bread and chicken — which have nearly doubled in price as food prices surge — to feed everyone.

Now, sinking further into debt with no relief in sight, he is at a loss for what to do.

“These families are sick, they are traumatized, they have lost everything,” he said, standing near his kitchen’s one countertop — out of earshot from his family. “Unless the situation improves, I don’t know what we will do