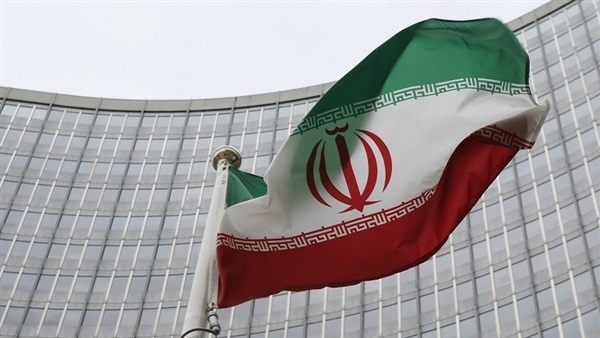 The crisis regarding the 2015 nuclear agreement is increasing day by day due to Tehran practicing new violations, and Paris has warned that Tehran is putting the chance of reaching an agreement at risk.

French Foreign Ministry spokeswoman Agnes von der Mühll said on Monday that if the Iranian regime continues on the same path, it would slow down any chance of reaching an agreement to lift the sanctions and even jeopardize the results of the Vienna talks.

In dealing with negotiations with the major powers, Iran appears to be acting with unjustified confidence that its progress in uranium enrichment and the approaching production of nuclear weapons will force the Americans to reach a compromise, especially with the reluctance of President Joe Biden's team to make concessions to Tehran.

In media statements, US diplomat Dennis Ross accused the Iranians of seeking to ease sanctions while increasing pressure by continuing to violate the nuclear agreement, strengthening it with centrifuges to enrich uranium, and limiting the International Atomic Energy Agency’s (IAEA) access to Iranian sites.

However, on Tuesday, July 27, Tehran reiterated that it does not see the point in negotiating issues outside the framework of the nuclear agreement unless the other parties abide by the agreement, in reference to the United States' attempt to include the issue of Iran’s ballistic missile program and regional expansions to be included in the agreement.

Iranian government spokesman Ali Rabiei said, “We continue to adhere to all parties returning to their obligations in accordance with the text of the agreement without concessions, and we do not intend to negotiate on any other issues.”

He added in a press briefing that as long as the members of the agreement do not fulfill all their obligations in the agreement, “talking or even thinking about negotiations beyond that is futile.”

“The current government has fulfilled all its responsibilities towards lifting the sanctions through negotiations, and had it not been for the unnecessary restrictions imposed in the law, we would have witnessed a different result today,” referring to the law approved by Iran’s Shura Council in early December, which obliges the government to undo its obligations under the agreement.

Washington said last week that it was ready to resume talks with Tehran, but the latter asked for more time until the transfer of power to new President Ebrahim Raisi next month.

After six rounds of nuclear talks between Western countries and Iran, which began in April in the Austrian capital Vienna under the auspices of the European Union and the participation of the United States, did not reach a consensus that would revive the agreement, which former US President Donald Trump withdrew from in 2018.

The seventh round of talks was supposed to be launched in early July, but some disagreements over key issues have so far hindered the start of the next round.

Britain, Germany, China, Russia, the United States, France and Iran signed the agreement, called the Joint Comprehensive Plan of Action, in 2015, which included lifting sanctions on Tehran in exchange for restricting its nuclear program to ensure that it does not have nuclear weapons.