After a Tanzanian opposition leader’s arrest, hopes for a democratic turn fade 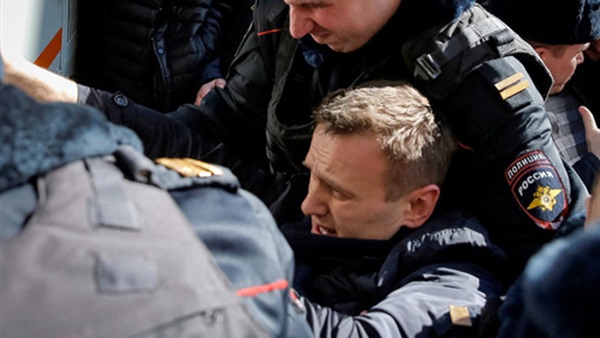 The sudden death of Tanzanian president John Magufuli in March plunged much of the East African country into mourning but prompted some to hope his successor would reverse his government’s authoritarian tendencies.

Much of that hope was dashed in recent days, after the chairman of Tanzania’s most prominent opposition party was arrested last week and charged Monday with plotting to assassinate government officials.

The opposition leader, Freeman Mbowe, had been campaigning for changes to Tanzania’s constitution that would lessen the central government’s power and create greater parliamentary oversight. The party he leads, the Party for Democracy and Progress, commonly known as Chadema, is focused on rooting out corruption, which it says worsened under Magufuli.

For many, the arrest was reminiscent of crackdowns on the opposition and journalists under Magufuli.

The charges against Mbowe, which include paying three men to blow up gas stations and other “terrorism-related” activities, were farcical, said his lawyer, Peter Kibatala.

“It is too much of a coincidence, the timing,” he said. “Why arrest him at this moment right when agitations for a new constitution are taking shape?”

Police and government spokesmen did not respond to repeated requests for comment.

In death, as in life, Tanzania’s Magufuli polarized his country

“They are saying: ‘We will not accept any kind of conversation around any kind of reforms,' " said Maria Sarungi Tsehai, founder of Change Tanzania, an online platform that advocates for democracy.

Samia Suluhu Hassan, Magufuli’s successor and the country’s first female president, had made some overtures during her first months in office that had given activists reason for hope. She moved away from Magufuli’s pandemic denialism that had left Tanzania without any public monitoring of covid-19’s spread or a plan for procuring vaccines. Tanzania received its first vaccine doses through the global Covax program this week and has released some new case data.

Hassan also replaced numerous officials, including the top public prosecutor, and traveled to neighboring Kenya, lowering tensions over tariffs that had flared under Magufuli.

Kibatala said he was not notified by the court where Mbowe was arraigned that charges were being read, which Edward Hoseah, president of one of Tanzania’s biggest federation’s of lawyers, said was unlawful.

Magufuli’s authoritarian tendencies brought about a new era in Tanzania that saw widespread intimidation of the opposition, the arrests of dozens of journalists and curtailing of freedoms of speech. But he was also admired for his fierce nationalism and focus on infrastructure projects that earned him the nickname “the Bulldozer.”

He had won reelection just months before his death, which leaves Hassan, formerly his vice president, with most of a five-year term to finish.

Magufuli’s pandemic response which centered at first on denial and then on playing down its severity earned him international reprove. Rumors swirled around the cause of his death, but officials said he succumbed to a long-standing heart ailment.

Mbowe’s son, James, said that while his father had been arrested before, the seriousness of the charges this time came as a shock to the family. A day after Mbowe’s detention, the health of his beloved uncle Alfayo Mbowe, 88, quickly deteriorated, and he was taken to a hospital where he died.

“We thought that things had changed when Mama Samia said that this is not the time to look back,” the younger Mbowe said. “But we are seeing that things are not as she promised