U.S. Strikes Taliban Targets in a Show of Force in Afghanistan 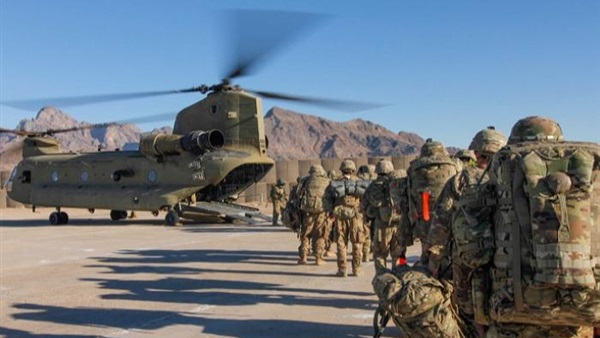 U.S. military aircraft struck a number of Taliban positions this week in support of faltering Afghan government forces, in one of the first significant American reactions to the insurgents’ blistering advance across Afghanistan as U.S. troops withdraw.

At least one of the strikes was against Taliban positions in the key southern city of Kandahar, slowing an advance that threatened to take over the city.

The Taliban called the strikes “disobedience” to last year’s withdrawal agreement with the Americans, and they warned of unspecified “consequences” — an indication that the airstrikes had an impact on the insurgent group.

The scale and pace of the Taliban advance has provoked alarm among top U.S. military and civilian officials in recent days. The Taliban now threaten most of Afghanistan’s 34 provincial capitals and even Kabul, the national capital. The group has overrun more than half of the country’s 400-odd districts, in many cases seizing them without a fight, since it began its offensive in earnest in May.

This week’s airstrikes, which took place Wednesday and Thursday, reflect both the level of American worry and the Afghan military’s continued need for U.S. air support, as Washington attempts to end nearly 20 years of war in the country. They were the first such strikes since the top U.S. commander in Afghanistan, Gen. Austin S. Miller, stepped down last week.

Afghan forces have been reeling in the face of the Taliban offensive, as the United States nears completion of a pullout of its remaining forces. The United States and other major powers are pushing for a peace deal between the Taliban and the Afghan government, but the Taliban believe they are winning the war, leaving little incentive to negotiate.

“We do have deep concerns about the actions the Taliban is taking, indicating that it may be trying to take the country by force,” Secretary of State Antony J. Blinken said Friday on MSNBC. “But were that to happen, Afghanistan would be a pariah state.”

On Wednesday, the chairman of the Joint Chiefs of Staff, Gen. Mark A. Milley, warned of the possibility of a “complete Taliban takeover,” saying the insurgents now had the “strategic momentum” in the fight against Afghan government forces.

Kandahar Province, in the country’s ethnic Pashtun heartland, was the birthplace of the Taliban in the 1990s, when the group swept to control of the entire country. In recent weeks, the Taliban have captured areas around the provincial capital of the same name, the largest city in southern Afghanistan, and penetrated into the city.

Pentagon officials confirmed the recent American strikes but were tight-lipped about specifics. They have been similarly ambiguous for weeks about the scale and scope of continued American military involvement in Afghanistan’s war, though they indicated earlier this month that it could continue at least until the withdrawal was completed at the end of August.

The Taliban said the airstrikes were carried out in Kandahar and in the neighboring province of Helmand.

Defense Secretary Lloyd J. Austin III said this week that American forces had equipped a base “to be able to conduct over-the-horizon strikes” in Afghanistan. Other officials said the base was in the United Arab Emirates.

As the U.S. pullout accelerated and Bagram Air Base was handed over to the Afghans, American officials suggested that U.S. air power would be employed against the Taliban in limited circumstances, at least through Aug. 31.

But they did not specify what those circumstances would be. This week’s strikes are a sign that the near-collapse of Afghan forces in the last month has caught the attention of official Washington.

The United States no longer has combat aircraft stationed in Afghanistan. The planes or drones deployed this week would have been based in the Persian Gulf or on the aircraft carrier Ronald Reagan nearby.

“In the last several days, we have acted through airstrikes to support the ANDSF, but I won’t get into tactical details of those strikes,” the Pentagon spokesman John Kirby said at a briefing Thursday, referring to the Afghan forces by their acronym.

He noted Mr. Austin’s statement about the ability to conduct such strikes, adding, “General McKenzie has those authorities,” referring to the head of the Pentagon’s Central Command, Gen. Kenneth F. McKenzie.

A senior Afghan official in Kandahar, speaking on the condition of anonymity, said the American strikes had “boosted the morale of our security forces.” He added that “we are hoping these airstrikes will help to push the Taliban away from the city of Kandahar.”

A B-52 long-range bomber was spotted over Kabul in recent days, for the first time in some years. The plane’s massive size and distinctive silhouette were likely intended as a show of force. The bombers have been moved to Qatar to cover the withdrawal of U.S. and international forces.

Even as their military advance continues almost unchecked — though government forces claim to have taken back a handful of districts — the Taliban have become increasingly emboldened. They left top Afghan government officials empty-handed after a peace meeting in Doha, Qatar, last weekend, not even agreeing to the traditional cease-fire over the Eid holiday.

On Tuesday, rockets were fired at the presidential palace in Kabul as officials were gathered for Eid prayers, though the attack was later claimed by a branch of the Islamic State.