US join condemnation of Turkish plan for Cyprus ‘ghost town’ 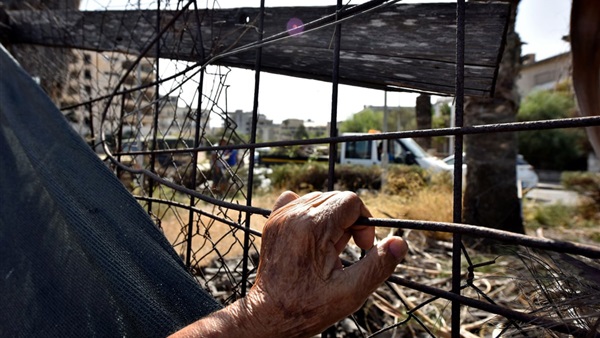 Turkey’s pledge to resettle an abandoned Greek town in northern Cyprus has been universally condemned, with Washington joining the EU and UK in calling the move “unacceptable”.

The criticism grew within hours of Turkey’s president, Recep Tayyip Erdoğan, using the 47th anniversary of the Turkish invasion into Cyprus to unveil the plan, as he pushed for a two-state solution to the island’s division during a visit to Nicosia.

Urging Turkey to reverse the decision, the US secretary of state, Antony Blinken, said any attempt to reopen Varosha, once the nation’s most popular destination but now a ghost town, would be at odds with UN resolutions and commitments to resume peace talks.

“The US is working with like-minded partners to refer this concerning situation to the UN security council and will urge a strong response,” he said in a statement.

“The unilateral decision announced today by Erdoğan and [the Turkish Cypriot leader Ersin] Tatar risks raising tensions on the island, compromising return to talks on a comprehensive settlement of the Cyprus issue,” Borrell tweeted.

Varosha, unlike other parts of the island seized by Turkish troops in 1974, when Ankara ordered the incursion after a coup attempt to unite Cyprus with Greece, has remained as a military zone sealed off behind barbed wire along with much of the beachfront. It has become a symbol of hope for thousands of Greek Cypriots displaced from the coastal town by the invasion.

Ankara upped the ante in October, announcing it would begin exploiting the once popular tourist resort by opening a stretch of the shoreline and embarking on a clean-up campaign.

On Tuesday, the self-declared Turkish Republic of Northern Cyprus – which has been acknowledged only by Ankara in the 38 years since it proclaimed independence – went further, saying a part of the zone would be demilitarised and returned to civilian use for potential resettlement.

Greek Cypriots have called the move to change the area’s status a first step towards appropriation of territory the UN has long said should be handed back to its “legal owners”.

But visiting the island’s divided capital this week Erdoğan was in particularly belligerent mood.

“We will not take their advice … we will do what we need to do,” he retorted in a speech slamming the EU for refusing to accept a two-state solution to the dispute. “The international community will sooner or later accept this reality.”

Brussels, which advocates the two communities being reunited in a bi-zonal federation, has ruled out discussing a settlement that would lead to the EU-member state’s permanent partition.

The European Commission president, Ursula von der Leyen, insisted this month that the 27-member bloc was united in opposition to a two-state solution, saying it would never accept it.

On Wednesday the country’s Greek-Cypriot controlled south, which is recognised internationally, said it had appealed to the UN security council to step in following Turkey’s controversial move.

“This is a clear violation of UN security council resolutions and will have a negative impact on efforts under way to restart talks,” said Nikos Christodoulides, foreign minister for Cyprus.

Nikos Dendias, Greece’s foreign minister, described the Turkish plan as a clear attempt “to create a new fait accompli, to bury once and for all the prospect of reunifying Cyprus”.

The UK, a guarantor power of the former crown colony, along with Greece and Turkey, also called for restraint, saying it would raise the issue as a matter of urgency in its role as a permanent member of the UN security council.

“The UK calls on all parties not to take any actions which undermine the Cyprus settlement process or increase tensions on the island,” a Foreign Office spokesperson said.

The shadow minister for peace and disarmament, Labour’s Fabian Hamilton, told the Guardian: “This move is in blatant violation of existing UN resolutions on Cyprus. To announce it on the anniversary of the Turkish invasion of Cyprus is needlessly provocative and will only further division on the island.

“As a guarantor power, the UK has a historic commitment to the people of Cyprus … it’s vital that the UK now uses its position of influence to urge the Turkish government to stick to its obligations under international law and withdraw all Turkish military presence from Cyprus, so that negotiations towards a bi-zonal, bi-communal federal political settlement can restart.”

Ankara maintains about 35,000 troops in the occupied north.