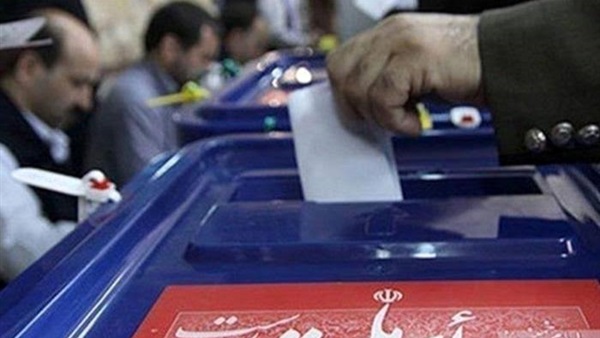 With every event that takes place in Iran, hardline clerics appear to express their positions and issue fatwas to urge citizens to abide by it, as happened when the corona virus spread, which was described by the mullahs as an “American heresy” and demanded citizens at the time to visit the shrines and come closer to God, which contributed to the spread of the virus significantly within Iran.

With the spread of campaigns calling on citizens to boycott the Iranian presidential elections scheduled to be held on June 18, the mullahs appear to have a sense of citizens’ participation, describing those boycotting those elections as “infidels.”

After the Guardian Council, which is responsible for the electoral process, announced the final list of candidates, especially the fundamentalists or those who owe full loyalty to Supreme Leader Ali Khamenei and the regime and enslaved all the candidates of the reformist movement, the imams of mosques have intensified their calls on citizens to participate in the electoral process under the pretext that abstaining from participation may lead the person to infidelity because this helps foreign countries achieve their plans to annihilate Iran.

In this context, Ahmad Alamolhoda, the representative of the Khorasan Province in the Assembly of Experts, said, “The Supreme Leader and the religious clerics have issued a fatwa that participation in the elections is a religious obligation,” noting that boycotting it is forbidden and whoever declares not to participate in the elections is not a Muslim.

After the spread of campaigns to boycott the elections by the reformists and their affiliates, Khamenei appeared in a video urging citizens to participate and not to heed the calls for a boycott, under the allegations that the state controls the ballot boxes and that the new president is already known to the authority, saying, “Ignore those who campaign and say that there is no point in going to the polls, and that no one should participate in the election.”

These statements prompted former Iranian President Mohammad Khatami, the reformist leader, to respond to them in a statement, emphasizing that the ruling Iranian regime no longer cares about the popular vote, which is the basis of the system.

“Real elections are a symbol of regimes that have adopted democracy and in turn reinforce the golden principle of the people's right to self-determination,” he said.

Khatami stated that the mullah regime is facing a serious danger as a result of its exclusion of a long list of reformist candidates, which will deprive important sectors of society and various political currents from having their preferred candidate.

It should be noted that before and after the Guardian Council announced the final candidates to run in the presidential elections, some candidates belonging to the hardline movement and those affiliated with the regime withdrew in favor of Iranian judiciary head Ebrahim Raisi as a result of their exposure to pressure from the ruling regime.

Not only that, but Iranian opposition media revealed a dispute between the hardline candidates, as calls were launched calling for a member of the Expediency Council and the hardline former Secretary of the National Security Council, Saeed Jalili, to withdraw from the election race in favor of Raisi.

As a result, the loyalists of Jalili circulated news on social media about Raisi’s withdrawal from the scene in favor of Jalili, to return to his job again as head of the judicial authority in the country, which prompted the supporters of Raisi to fabricate rumors to weaken Jalili’s popularity, alleging that it is he who has the right to withdraw, not “my boss.”

The foregoing indicates that the election scene in Iran is tainted by many obstacles, which will contribute to weakening the regime more and more and could lead to the Iranian people demonstrating to declare their rejection of what is happening in the country suffering from a deterioration in living and economic conditions. The participation rate in these elections is expected to be very low, as happened in the 2020 parliamentary elections, in light of the outbreak of the corona pandemic and the absence of candidates from different currents.