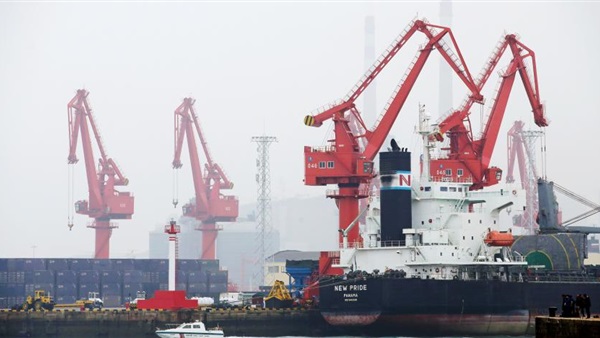 Around 400 tons of oil spilt into the Yellow Sea after a tanker collided with another ship off China's largest crude-receiving port earlier this week, maritime authorities said Thursday.

"The amount of oil spilt from the ship into the sea is about 400 tons, and the emergency disposal work is being carried out in an orderly manner," said Shandong Maritime Safety Administration in a social media post.

"The collision incident has had no impact on ships entering and leaving Qingdao port."

It added that 12 decontamination vessels were deployed to clean up the oil spill, which took place around 40 nautical miles (75 kilometers) off-shore from Qingdao port in northeast China.

Panamanian bulk carrier "Sea Justice" struck the Liberian oil tanker "A Symphony" near Qingdao around 9 am Tuesday, causing the tanker to lose "a quantity of oil", according to a previous statement from vessel managers Goodwood Ship Management.

"All crew members have since been accounted for, and there are no injuries."

An unnamed official with the Maritime Safety Administration told Chinese state newspaper Global Times on Thursday that the cargo was labelled as "bitumen solution" but its specific content requires further testing.

"The oil leak is in full disposal now and if technological controls are in place, it will certainly keep the impact on the environment to the minimum," the official was quoted as saying.

After the collision, vessels were told not to go within ten nautical miles (18.5 kilometers) of the area, according to a separate notice by the Maritime Safety Administration.

Goodwood Ship Management said Thursday that "managers are continuing to work closely with the MSA on the cleanup operation and the investigation into the incident."