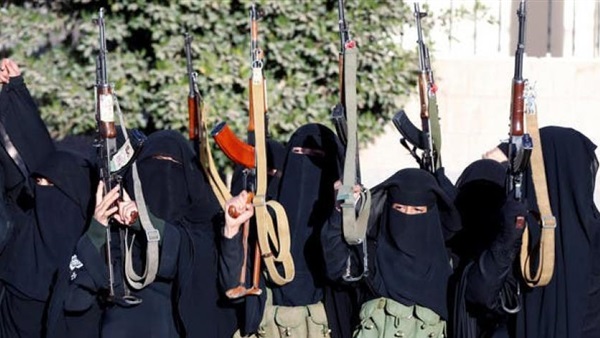 Marib police authorities have uncovered on Sunday evidence that the Houthi militia, just like ISIS, are attempting to recruit women and children for bomb attacks and assassinations in the government-controlled northern Yemeni city.

In a press conference, authorities accused the leader of Houthis of establishing a secret apparatus focused on luring Yemeni women into carrying out violent attacks.

This comes a few days after security officers arresting female Houthi recruits who were plotting for hostilities in Marib.

The arrests were exploited by Houthis to recruit and deploy more fighters to Marib under the slogan of “victory for the honor of the detained women.”

Houthis, over the course of conflict in Yemen, have invoked cultural notions such as defending the honor of women to win over support from tribesmen against internationally recognized state institutions.

More so, Yemeni police reported that the Houthi recruitment of women and children to carry out abhorrent actions speaks greatly to similar methods used by other terror groups like al-Qaeda and ISIS.

Videos of women confessing to have been recruited by the Houthis, trained on improvised explosive devices, and sent to Marib to plant such bombs were shown by Brig. Yahya Homeid, the Director General of Marib Police.

“Investigations with members of a number of Houthi terrorist cells revealed that a private service directly linked to the Houthi leader, which operates under the pretext of relief work, is responsible for luring and deluding Yemeni women from poor families into joining the group’s ranks,” Homeid said.

He added that drafted women are trained in staging terror attacks and collecting intelligence about Houthi targets.

“These methods are Iranian and are carried under Iranian supervision,” Homeid said about the Houthi recruitment of women.

“Houthi militias offend the morals and values of Yemenis by employing women in malicious and terrorist acts that no Yemeni or Arab deems acceptable,” he noted.

Homeid said the women, who come from poor families, were recruited through blackmail, with the Houthis implicating them in honor-damaging acts to get them to do what the militia wants.

He called for the immediate halting of the exploitation of women through methods that encroach on the country’s shared values, noting that Houthis are mainly targeting civilians and displaced Yemenis with their ballistic missiles and Iran-made drones.

Furthermore, Homeid vowed that security forces will strike with an iron fist against any threat endangering the safety and stability of Marib.

Houthis have launched a violent and multi-faceted offensive against the oil-rich Marib governorate, but failed to achieve any progress, Yemeni army media reported.