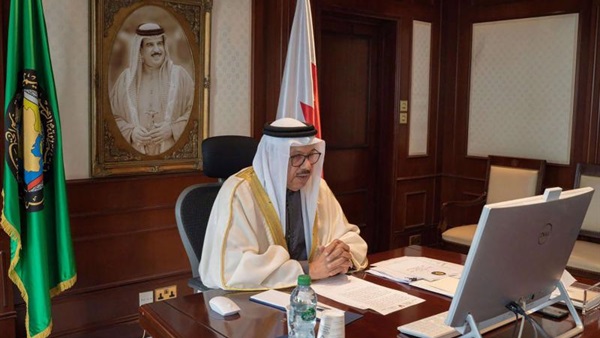 The optimistic statements issued by more than one Gulf official are spreading a positive atmosphere regarding the forty-first Gulf summit, which Saudi Arabia is scheduled to host in early January.

Much of the talk about this summit was dominated by the topic of ending Qatar’s crisis with the Arab quartet.

The row started in June 2017  after accusations were levelled at Qatar by Saudi Arabia, the UAE, Bahrain and Egypt for maintaining ties to extremist groups and pursuing policies on Turkey and Iran that run counter to the security of the region and threaten the stability of its states and peoples.

Commenting on the online summit preparatory meeting held by the GCC foreign affairs ministers and coordinated by Bahrain, Bahraini Foreign Affairs Minister Abdul Latif al-Zayani made an indirect reference to the efforts led by Saudi Arabia to reconcile Qatar with the boycotting countries, saying that Manama has “full confidence in the role of Saudi Arabia in preserving the cohesion of the Cooperation Council and healing the Gulf rift.”

The optimistic tone about a Gulf summit that would end the crisis of Qatar with its Gulf neighbours seems to have overlooked the difficulties that began to loom in the path of the desired reconciliation. Qatar was less enthusiastic, if not totally cold, towards the reconciliation issue. Its lack of enthusiasm was evident in the absence of the Qatari Foreign Minister Sheikh Muhammad bin Abdul Rahman Al Thani from the virtual meeting of the GCC foreign ministers in Manama. Qatar was instead represented by the Minister of State for Foreign Affairs Sultan al-Muraikhi.

Observers of Gulf affairs saw this move as prelude to lowering the level of representation in the Gulf summit, while others considered it an expression of a Qatari position on Bahrain, which hosted the meeting. The latter, and during the recent period of persistent talk about progress towards achieving Qatari-Gulf reconciliation, was the target of hostile campaigns by Qatari media, along with the United Arab Emirates. Doha had also accused some Bahraini fishermen of trespassing in Qatari territorial waters. At another time it accused Bahraini jets of penetrating Qatari airspace. Doha went as far as lodging a complaint in this regard against Manama with the UN Security Council.

Gulf political sources went on to explain Qatar’s inappropriate response to the Gulf initiative aimed at clearing the atmosphere and paving the way for reconciliation, which is in itself of vital interest for Qatar, by the fact that Doha is trying to exploit Saudi flexibility and work out a reconciliation made to its measure and that of its ally Turkey. Ankara is said not to favour Qatar’s full return to the Gulf fold. Doha is also seen as trying to transform the path of reconciliation from a collective path that includes all boycotting countries to a separate Saudi-Qatari bilateral path, and thus split, to the delight of Ankara, the Arab Gulf front, which is standing up to religious extremism and terrorism.

The four countries boycotting Qatar recently showed flexibility in resolving the dispute after mediations made by Kuwait, which was later joined by the administration of US President Donald Trump and the Sultanate of Oman, while Saudi Arabia seemed to be particularly keen in its efforts to reconcile Qatar with its neighbours. Analysts say this may have encouraged Doha to try to win it over, without including the rest of the boycotting countries.

Leaders of the Gulf Cooperation Council (GCC) states are slated to meet January 5 in Riyadh, Saudi Arabia. The attendance by the Emir of Qatar, Sheikh Tamim bin Hamad Al Thani of the summit would constitute a tangible sign of rapprochement.

In light of recent developments, the most important of which is the Qatari media stance towards its Gulf neighbours, as well as Qatar’s intended lowering of its representation at the Manama meeting of the GCC countries’ foreign affairs ministers, it appears that the chances of achieving a comprehensive Gulf-Qatari reconciliation are rather slim. Doha could be merely seeking for now to calm things down while waiting to see what regional and international changes bring.

The coming GCC summit is of particular importance this time. Gulf attention seems focused on making the meeting a success, especially as it takes place in exceptional circumstances characterised by economic difficulties due to the COVID-19 pandemic and the oil prices crisis.  There are also changing international conditions, including the inauguration of a new US administration and what it implies in terms of American policies towards the region, especially regarding Iran, whose behaviour constitutes a source of concern for the Gulf countries.

On Monday, Nayef al-Hajraf conveyed in person King Salman bin Abdulaziz’s invitation to attend the 41st edition of the GCC summit to the Emir of Kuwait Sheikh Nawaf Al-Ahmad Al-Jaber Al-Sabah. He was quoted by the Kuwait News Agency (KUNA) as saying that this summit comes in exceptional circumstances, during which the world is witnessing the repercussions of the coronavirus pandemic on various aspects of life.

The GCC Secretary General added that the preparations for the summit, despite the circumstances and precautionary measures, reflect a full belief in the importance of the event.

Bahraini Minister of Foreign Affairs Zayani expressed his country’s hope for a “successful Gulf summit, in the presence of the leaders of the GCC countries.”

In an implicit reference to the Qatari crisis issue, the minister stressed “the necessity to end regional conflicts and disputes by peaceful means and in accordance with international conventions and the principles of good neighbourliness.”

In light of the negative signals emanating from Qatar recently, the Gulf, Arab and international political circles began lowering the ceiling of their expectations about the Gulf crisis with Qatar, expecting the coming Gulf summit in Saudi Arabia to witness, at best, the signing of an initial draft outlining the principles for new foundations for the reconciliation of Qatar with the boycotting countries as a whole or with just Saudi Arabia as a first step.