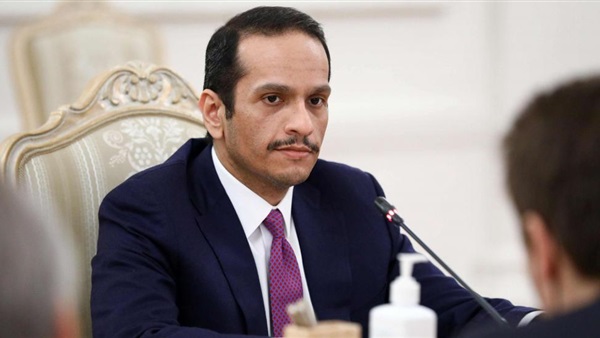 Qatar does not hesitate to put obstacles in the way of reaching a serious Gulf reconciliation that obliges it to dispel its neighbours’ fears about its controversial relations with extremist Islamist groups, and with Turkey and Iran. Its latest manoeuvre is to seek to strip this reconciliation of its collective dimension by limiting it to Saudi Arabia alone.

On Wednesday, Qatari Minister of Foreign Affairs, Sheikh Mohammed bin Abdulrahman Al Thani, indicated that there had been a “breakthrough in the Gulf crisis two weeks ago, after the issuance of a Kuwaiti statement on the crisis”.

He said, during a press conference with his Russian counterpart Sergei Lavrov in Moscow, that “the discussions on the Gulf reconciliation were with Saudi Arabia only, but it (Saudi Arabia) represented the other parties as well”.

“There are no obstacles to solving the Gulf crisis at the political level, and Qatar is trying to ignore any obstacles that appear, and that it does not pay attention to small matters,” he added, referring to the boycotting countries’ request that Qatar take practical steps to show goodwill.

Gulf affairs analysts said that Qatar seeks to split the coalition of the boycotting countries, which has maintained its cohesion during the last three years, by offering direct mediation with Saudi Arabia and suggesting that it is not concerned about the rest.

These analysts indicated that the goal is to push countries such as the United Arab Emirates and Egypt to retreat from the new truce track after they had sent indications showing their readiness to go along the Saudi efforts if Qatar undertook confidence-building steps, perhaps the most important of which is to stop the media campaigns waged by Al Jazeera Channel against Egypt and the UAE. These campaigns have picked up their pace following Riyadh’s announcement of the start of reconciliation efforts.

This Qatari approach, which seeks to differentiate between Saudi Arabia and its allies, would impede the Gulf summit scheduled for next Jan. 5 in Riyadh and lead to the absence of some countries, or at least reducing the level of their participation in the meeting. Riyadh is using the summit to test Doha’s intentions.

The UAE quickly reacted to the Qatari manoeuvre. Emirati Minister of State for Foreign Affairs, Anwar Gargash, wrote on Twitter, “the sisterly Kingdom of Saudi Arabia’s management of this file is a source of confidence and optimism”. Gulf observers considered his words a direct response to Qatar’s attempts to split the coalition of boycotting countries.

“From Riyadh, the capital of Gulf decisions, we take steps, God willing, to strengthen the Gulf dialogue towards the future,” Gargash added, stating further that his country is looking forward to “a successful summit in Riyadh with which we begin the stage of strengthening the Gulf dialogue”.

Qatar had sought to anger Bahrain by arresting a number of Bahraini fishermen, and it sent a clear signal stating that it did not want to expand the circle of reconciliation, considering Manama a secondary element in the crisis, not requiring any reassurances, which prompted a quick Bahraini response.

The Bahraini parliament did not hesitate to assert that reconciliation with Qatar “cannot be achieved before some issues are resolved through negotiation”.

On Tuesday, Abu Dhabi accused Qatari media platforms of working to undermine the steps of reconciliation, about two weeks before an upcoming Gulf summit in Riyadh, to be held after increasing signs of progress in resolving the Gulf crisis.

On Tuesday, Gargash said: “The political and social atmosphere in the Arab Gulf is looking forward to ending the Qatar crisis and is looking for the best way to ensure Doha’s commitment to any agreement that brings good for the region. Qatari media outlets, however, appear determined to undermine any agreement.”

“This is a strange and difficult to explain phenomenon,” he added.

On Dec. 4, Kuwaiti Foreign Minister Ahmed Nasser Al-Sabah had announced that there were “strenuous efforts to reach a final agreement to resolve the Gulf conflict”, in a manner that guarantees the unity of the Gulf Cooperation Council.

Doha is trying to isolate Saudi Arabia from the rest of the boycotting countries by pursuing a direct bilateral reconciliation with Riyadh, but observers believe that the Qatari tactic has flaws. They pointed out that the Saudi leadership may be enthusiastic and ready to heal the Gulf rift, but it can just as easily return to square one with the same enthusiasm.

These observers believe that Saudi Arabia is looking at the issue from its more comprehensive regional dimension. The kingdom is trying to advance enough cards to strengthen the Gulf ranks in the face of upcoming changes, including the arrival at the White House of a new American administration that is planning to reopen negotiations over the Iranian nuclear file, and it may neglect to take into account the security of the Gulf unless the GCC states presented a unified front in demanding to curb the growing Iranian threats.

In contrast to this Saudi line of thinking, Qatar is still keen to develop relations with Iran and Turkey without taking into account the reconciliation arrangements that will force it to adhere to the interests of the Gulf Cooperation Council and its decisions.

On Wednesday, the Qatari foreign minister called for “a dialogue between the Gulf states and Iran”, and welcomed “any initiatives that make the region stable,” a stance that may anger the Saudis.

Saudi Arabia, the UAE, Bahrain and Egypt had severed diplomatic relations with Qatar in June 2017, accusing Doha of involvement in supporting extremist Islamist groups and undue rapprochement with Iran.

The severing of official ties was accompanied by economic measures, including the closure of land borders, sea routes, and their airspaces to Qatari flights.

At the time, the four countries insisted on Qatar’s compliance with a list of 13 demands that Doha so far has refused to respond to. At the top of these demands are that Qatar abandon its policies of supporting and financing terrorism, stop providing media platforms for extremist groups whose leaders reside in the Qatari capital and Turkey, and move away from Iran which is accused by its Gulf opponents and the West of engaging in activities aimed at destabilising the region.