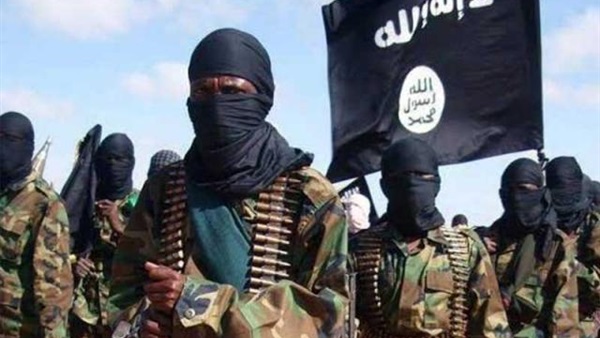 A report released in December by Conflict Armament Research (CAR), a U.K.-based organisation which tracks weapons and military equipment going into conflict zones, has revealed the Islamic State’s (ISIS) connections in Turkey to procure explosive precursors and electronic equipment.

The report, titled Procurement Networks Behind Islamic State Improvised Weapon Programmes, said it focused on the most frequently encountered and documented commercial items CAR’s investigators came across in Iraq and Syria between 2014 and 2017.

Among tracked materials were some six tonnes of aluminium paste, used to produce homemade explosives (HME), that a small telephone shop in Turkey (Tevhid Telecommunications) ordered, and 78 tonnes of sorbitol, a food additive used to produce rocket propellant, ordered by a Turkish agricultural company.

A network of “linked, family-owned companies and individuals located near key border crossings” were essential in the procurement of key commodities, and the groups were “centered around the towns of Siverek and Akçakale,” in Turkey’s Şanlıurfa province at the Syrian border, the report found.

“There is no evidence that (the family groupings) were witting accomplices to IS procurement efforts or were guilty of any wrongdoing,” the CAR said, adding that they “nonetheless acted as key junction points within the supply chains.”

Payments were made by unrelated parties, including a $200,000 payment for the 78 tonnes of sorbitol shipped to two Syrian companies via ISIS territory. An Istanbul-based company paid $18,000 for specialty motion-control units purchased from Britain from a North American company, while another Turkish company in Şanlıurfa received a shipment of drone and rocket components manufactured in North America and Germany, purchased by the same British company.

ISIS paid smugglers and local border officials to ensure smooth operations in logistics across the border in Akçakale, CAR said.

CAR’s findings on Tevhid Bilişim and its ties in Şanlıurfa are “the first public corroboration” of Russian government allegations sent to the U.N. Security Council in 2016 that individuals involved with the company had supplied chemical precursors to ISIS, the group said, but found “no evidence to substantiate the Russian government’s allegation that Turkish authorities were complicit in the supply of chemical precursors to ISIS.”

Persons involved with Tevhid Bilişim were also sanctioned by the U.S. Treasury in 2019.

Procurers sought to purchase plans for a pulsejet engine to develop high-speed drones, and to contract suppliers for automated anti-aircraft systems, CAR found.

Investigation teams documented 28 Chinese-made quadcopter drones in Iraq and Syria between 2016 and 2019, some customised to “drop modified items of conventional ammunition or IEDs onto ground targets,” the report said.

The investigation has also revealed that ISIS weapons developers were working on the design and construction of an optical aerial tracking system to act as the basis for an automated anti-aircraft system in 2015.

A British company established by an ISIS engineer had contracted suppliers of machine vision software and hardware as part of this project. At least two instances of electronic communications on behalf of the company were made from Turkish IP addresses, and at least one payment was made by an Istanbul-based company. A Turkish national from Nizip, Gaziantep on the Syrian border had registered five companies in Istanbul and was seemingly unaware that at least one of them had been involved with ISIS weapons procurements.

The CAR didn’t find evidence of completion for the proposed system, while saying in the report that some suppliers had “ended their contracts prematurely after becoming suspicious about the front company’s identity and intentions.”

Several hundred sacks of nitrate fertiliser used in HME production were widely documented to have been taken across the Turkish border into ISIS-held Syrian territory in 2015, and journalists at the time found that it was unlikely that the sacks were the only shipment of explosive precursors transported from Turkey to ISIS. Authorities at the time said Syrians returning through the Akçakale border crossing were allowed to carry up to 40 sacks of the fertiliser, CAR said in the report.

The border crossing was closed in 2016 following media reports, but other men were documented recovering canisters and drums of various chemicals on the banks of a river between Turkey and Syria. Some of these chemicals were identified as nitrocellulose and leafing aluminium paste.

The possible owner of the company paid for the purchase of French-made sorbitol from a Turkish company, Sinerji Gıda Kimya Tekstil, on behalf of Syrian company Ale Cemal Elsavi, and another company whose owner was acquainted with Sinerji Gıda Kimya Tekstil’s owner paid for another shipment. ISIS “used the sorbitol as a fuel component in the production of rocket propellant,” CAR said. The chemical was taken to Syria through the Öncüpınar border crossing, near Gaziantep.

The manufacturer and distributor of the sorbitol don’t appear to have prior knowledge of ISIS involvement, CAR found, and the individuals making the payments said they didn’t either.

The report noted that the individuals and companies paying for ISIS purchases “were not fully visible to the international producers and suppliers of these goods,” and thus the links had been more difficult to identify for international law enforcement. The report said:

“This report describes how small groups of individuals and companies connected by family ties, particularly in Turkey and the UK, acted as conduits for goods within multiple supply chains which IS forces accessed. These groupings therefore represented particularly vulnerable points in IS forces’ procurement networks. Had industry and law enforcement authorities identified these choke points earlier in the conflict, they may have been able to interrupt the conflict-sustaining quantities of materiel acquired by IS forces, particularly during 2015.”

According to the CAR, ISIS “exploited anonymity” in global business platforms for e-commerce and recruitment.

“Although IS forces may no longer hold territory, remaining IS cells in Iraq and Syria became increasingly active in 2020,” said the report.

The current situation in Syria is a “low-resource activity,” Agence France-Presse cited Syria expert Sam Heller as saying, adding that what remained of the ISIS supply network today was more obscure.

Heller told AFP that ISIS equipment seen in a 2019 video had been “cheap and relatively easy to obtain,” which he called “a key to the sustainability of this type of insurgency.”

ISIS still holds the experience it gathered in buying weapons and war equipment on the black market, and its money is still circulating, a weapons researcher identified by their Twitter handle, Calibre Obscura, told the AFP. “It will be much easier to start over” for ISIS if the group ever finds itself in a favourable strategic position, the researcher said.