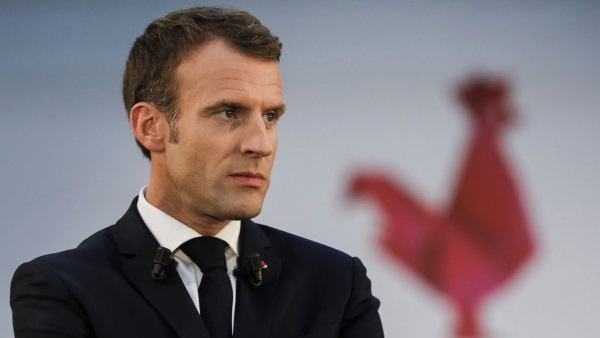 French President Emmanuel Macron accused Turkey and Russia of fanning the flames against France in Africa, in a Jeune Afrique interview published on Friday.

“We must not be naïve on this subject,” France24 cited Macron as saying. “Many of those who speak, who make videos, who are present in the French-speaking media are funded by Russia or Turkey.”

Russia and Turkey were playing on “post-colonial resentment,” Macron said.

The French president said he had attacked radical Islam and Islamist terrorism, but his words were distorted, “by the Muslim Brotherhood - quite widely, but also by Turkey.”

Turkish President Recep Tayyip Erdoğan has focused on developing Turkey’s relations with African nations during his presidency, and has amassed significant presence and influence.

Macron refused an option of dialogue with jihadist groups in the Sahel. “We don’t talk with terrorists. We fight,” the president said.

France has also stood against Turkey’s involvement in the ceasefire monitoring in Nagorno-Karabakh, calling instead for a more international supervision, and called for aggressive action against what secretary of state Clément Beaune called Turkey’s systematic provocation and aggressiveness.

Macron has spoken about Turkey’s imperial inclinations, shortly after Erdoğan said he was in need of mental treatment.