The looted money of Libya…by Al-Sarraj and the Brotherhood 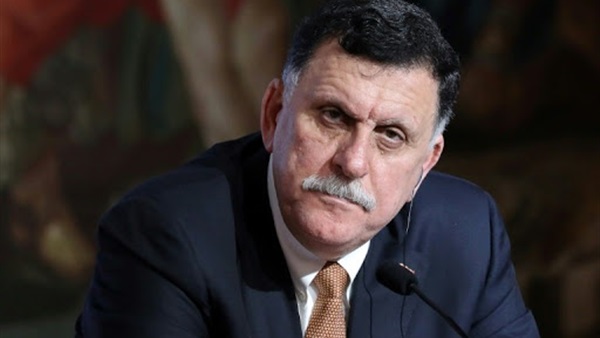 Continuing the struggle over the wealth and rights of Libyans, the head of the illegal government of reconciliation continues his efforts in favor of Turkey to steal Libya and control Libyan oil, and the head of the Libyan Government of National Accord, Fayez al-Sarraj, dismissed Mustafa al-Mani from his position in the Libyan Investment Corporation, which is one of the most prominent centers of financial power in Libya. In the latest episode of the conflict series, Al-Sarraj, supported by the Minister of Finance and Economy, Faraj Boumtari, and the governor of the Central Bank, Al-Seddik Al-Kabeer, supported by the leaders of the Brotherhood organization.

And economic expert Ramzi Al-Jadi considered, according to Al-Arabiya Net, that Al-Sarraj believes that financial institutions have become outside his authority after the leaders of the Brotherhood organization controlled their management, especially the Libyan Investment Authority, which is plagued by corruption and managed by a closed group of Libyans residing in Turkey, indicating that the dismissal of one of the most prominent Its leaders, who is at the same time occupying the position of legal advisor to the governor of the Central Bank, Al-Siddiq al-Kabir, is an attempt by al-Sarraj to limit his great influence and regain control of this sovereign fund.

While the Libyan Foreign Bank, whose oil sales revenues are deposited in its accounts, entered into a crisis of conflict between Al-Sarraj and Al-Siddiq Al-Kabeer, as each party seeks to seize the authority of managing this bank, relying on laws and regulations to do so.

Last week, Al-Sarraj issued a decision to form a general committee to appoint a new board of directors for the external bank, but the governor of the Central Bank, Al-Siddiq Al-Kabeer, considered this procedure contrary to the law that stipulates that the formation of the board of directors is one of the powers of the central bank.

Experts believe that the conflict in Tripoli between al-Sarraj and al-Siddiq al-Kabeer is a conflict of positions, as the former seeks to target those affiliated with the Brotherhood who control the decision-making positions in financial institutions, but the group understood this campaign and used the Accounting Bureau led by the Brotherhood Khaled Shakesh to respond to that, through Refer a report against Al-Sarraj to the office of the deputy to investigate financial issues against him.

Yesterday, the head of the Audit Bureau, Khaled Shakshak, confirmed the referral of the President of the Presidential Council of the Government of National Accord, Fayez Al-Sarraj, and a number of officials to the Public Prosecutor to investigate financial irregularities related to the health insurance fund, pointing out that this referral does not necessarily mean committing criminal crimes.

Observers believe that the competition between the parties to control the state's financial resources and the race to control the economic and monetary decision of the country is one of the engines of this conflict, especially with the return of oil revenues to the flow.

Libya has enormous oil wealth and ranks fifth in the Arab world in terms of oil reserves, and oil represents about 95 percent of the total revenues in Libya, and its revenues last year exceeded $ 22 billion.

The Al-Wefaq government uses most of this revenue to support and finance militias loyal to it.

A portion of that revenue goes to Ankara in exchange for its "services" for the benefit of the ministries of defense and interior, while a small portion is distributed to the regions.

As for the most important oil field in Libya, it is the "Sirte Basin", which includes 16 fields, which represents about two-thirds of the production.

The "Murzuq Basin" covers a large area in southwestern Libya, and includes the Sharara oil field, which produces 300 thousand barrels per day, equivalent to a quarter of the national production.