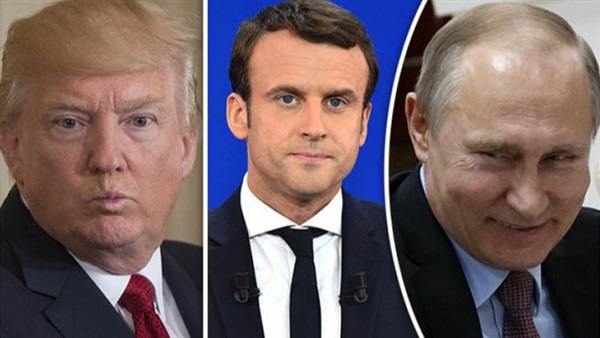 Russian President Vladimir Putin on Thursday told his security council that he, French leader Emmanuel Macron and US President Donald Trump were preparing a statement on the conflict in Nagorny Karabakh, the Kremlin said.

"Vladimir Putin informed participants of a meeting about the preparation of a joint statement by the heads of states co-chairing the OSCE Minsk Group (Russia, the United States and France) on the situation in the Nagorny Karabakh," the Kremlin said in a statement.