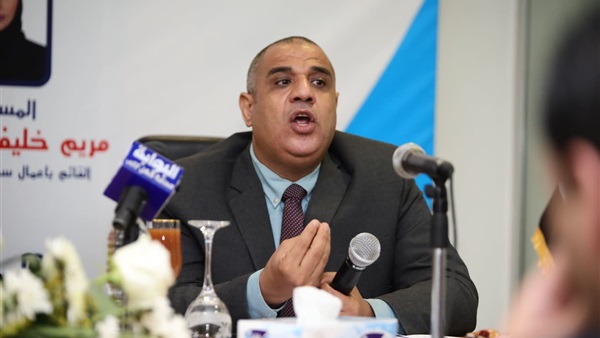 Muneer Adeeb, managing editor of Bawaba News and a researcher in terrorism affairs, confirmed that Dr. Abdelrehim Ali is one of the foremost figures fighting terrorism through his potent writings and constructive ideas. He added that the experience of Egypt and the UAE regarding this issue has gone beyond the military aspect into an outright ideological battle.

Adeeb pointed out that the ideological confrontation of extremism and terrorism is much more of a threat to terrorist groups than the security confrontation, stressing that many countries have not gone far enough in this regard.

Egypt and the UAE have come a great way in combating the ideologies of extremism and terrorism, not only inside the two countries but also outside them, he explained, pointing out that terrorism is a transnational ideology with no homeland.

Adeeb added during his speech at the Bawaba News symposium on combating terrorism that Ankara's ambitions in Libya and its transfer of terrorist elements there to achieve its ambitions is something that should not be tolerated. He stressed that Turkey’s alliance with the Brotherhood and other terrorist groups in the region constitutes a threat to all countries in the Middle East and Africa.

Participating in the seminar were Chairman of the Board of al-Bawaba News Institute and member of the Egyptian parliament, Abdel Rahim Ali, Acting UAE Ambassador in Egypt, Mariam Khalifa al-Kaabi, and Egypt's former foreign minister Mohamed al-Orabi.