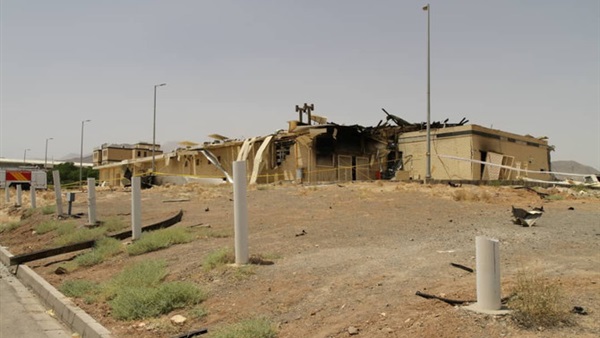 A fire that broke out at Iran's Natanz nuclear facility on Thursday has caused significant damage that could slow the development of advanced centrifuges, an Iranian nuclear official said on Sunday.

Iran's top security body said on Friday that the cause of an incident and fire at the site had been determined and would be announced later. Some Iranian officials have said it may have been caused by cyber sabotage and one warned that Tehran would retaliate against any country carrying out such attacks.

"The incident could slow down the development and production of advanced centrifuges in the medium term ... Iran will replace the damaged building with a bigger one that has more advanced equipment," Iran's state news agency IRNA quoted the spokesman for the country's Atomic Energy Organisation, Behrouz Kamalvandi, as saying.

"The incident has caused significant damage but there were no casualties."

Three Iranian officials who spoke to Reuters on condition of anonymity on Friday said they believed the fire was the result of a cyber attack but did not cite any evidence.

The Natanz uranium-enrichment site, much of which is underground, is one of several Iranian facilities monitored by inspectors of the International Atomic Energy Agency (IAEA), the UN nuclear watchdog.