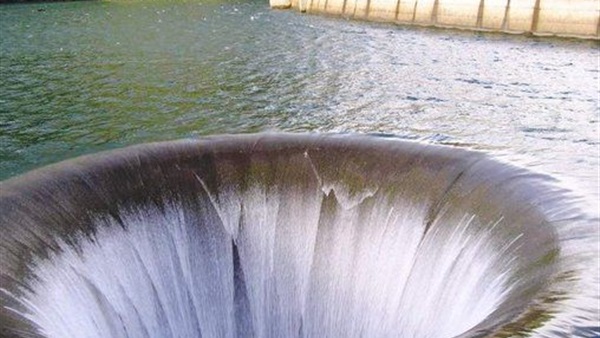 Millions of ordinary Americans are facing rising and unaffordable bills for running water, and risk being disconnected or losing their homes if they cannot pay, a landmark Guardian investigation has found.

Exclusive analysis of 12 US cities shows the combined price of water and sewage increased by an average of 80% between 2010 and 2018, with more than two-fifths of residents in some cities living in neighbourhoods with unaffordable bills.

“More people are in trouble, and the poorest of the poor are in big trouble,” said Roger Colton, a leading utilities analyst, who was commissioned by the Guardian to analyse water poverty. “The data shows that we’ve got an affordability problem in an overwhelming number of cities nationwide that didn’t exist a decade ago, or even two or three years ago in some cities.”

Colton’s 88-page report is published today at the launch of a major project on America’s water emergency by the Guardian, Consumer Reports and other partners.

Meanwhile, federal aid to public water utilities, which serve around 87% of people, has plummeted while maintenance, environmental and health threats, climate shocks and other expenditures have skyrocketed.

“A water emergency threatens every corner of our country. The scale of this crisis demands nothing short of a fundamental transformation of our water systems. Water should never be treated as commodity or a luxury for the benefit of the wealthy,” said water justice advocate Mary Grant from Food and Water Watch, reacting to the Guardian’s research.

Amid rising costs and diminishing federal dollars, the use of punitive measures – shutoffs and liens (a legal claim on the house linked to a debt which can lead to foreclosure) – is widespread. Just like mortgage foreclosures, water shutoffs and liens can force affected households to abandon their homes.

Jarome Montgomery, 48, a truck driver from Warrensville Heights in Cleveland has borrowed from his partner, mother, grandmother and sisters to repay more than $30,000 to the water department since 2013, and avoid his home being auctioned off at a tax sale. Despite this, he still owes over $5,000 in water and sewer charges including penalties and interest.

Currently, tech hub Seattle has the lowest poverty rate of the cities analysed, and only 13% of Seattleites struggle to afford water – even though bills rose to $1,254 in 2018 in order to help fund earthquake and climate change resilience improvements. Nevertheless, by 2030, three quarters of low income residents could be living in neighbourhoods with unaffordable bills.

He said: “Water rates have gone up dramatically – mostly in places where people are also struggling with food, housing and other basic services. It’s a symptom of the inequalities and segregation problems we have in the US, where poor people are agglomerated in particular places and local governments are shouldered with the responsibility for raising revenue for services.”

There are federal programmes to help low income households afford energy and telecoms bills, but nothing for water. There is however, legislation proposed to fund the infrastructure shortfall and create a water affordability fund.

The water act was first introduced in 2016, and has gained momentum since it was reintroduced last year by Brenda Lawrence, Democratic congresswoman representing Michigan, and cosponsored by Bernie Sanders in the senate.

As the virus spread, hundreds of localities and 13 states eventually issued moratoriums, though only a fraction agreed to reconnect those without running water because of unpaid bills.

In New Orleans, our research found 79% of low income residents living in neighbourhoods with an unaffordable water burden – which could rise to 93% by 2030 if rates keep climbing. Bills have already doubled over the past decade, to $1,268 in 2018 - in a city where many rely on bottled water due to concerns about toxins - which means the poorest simply cannot afford to pay.

In 2018, about 30% of poor residents lived in areas where the average bill cost more than 12% of household income.

In total, almost a third of all water customers in New Orleans are considered “delinquent” and together owe well over $50m.

Nationwide, nobody knows how many Americans were without water at the start of the pandemic – nor how many were disconnected during. What is known is that financial aid to help families and utilities keep taps running was excluded from federal rescue packages.

In Philadelphia, advocates working in a predominantly low income black and brown neighbourhood in 2014 came across people who’d been without running water for decades – forced to use plastic bags for the toilet and bottled water to wash their hands. “It was widespread, and clearly a human rights issue,” said Rachel Lopez, director of the west Philadelphia legal clinic. “A man-made drought disproportionately affecting low income people of colour.”

Some people were denied a water account because their names weren’t on the deeds or lease – so-called tangled titles, which are fairly common among low income communities. Others were shutoff after accumulating large debts, sometimes inherited, often exacerbated by fines, and some simply couldn’t afford to pay for a replacement pipe or meter.

Our research shows that between 2010 and 2018, the number of poor Philadelphians living in neighbourhoods where water is unaffordable doubled to 54% as bills topped $900. During the first three months of the pandemic, the city reconnected almost 9,000 homes.

Colton worked with the city to create the tiered assistance programme (TAP) after it emerged that in 2017 around 40% of water customers were behind on their bills – amounting to $242m in uncollected revenue.

The premise is pretty simple: the most effective way to improve compliance – and maximise revenue – is to make bills affordable, in other words based on a person’s ability to pay, like the energy sector has been doing for years.

The programme has made an impact: about 15,000 people are currently enrolled, though this is still far short of the 60,000 households estimated to be eligible even before the current economic disaster.

But, the city continues to convert water debt into tax liens, and once a month, these properties are auctioned off at a sheriff’s tax sale.

“Water debts are clustered in communities of colour which disproportionately devalue their homes and neighbourhoods,” said attorney Robert Ballenger from Community Legal Services.

In a move welcomed by advocates, city officials recently agreed to introduce debt forgiveness, which should mean that TAP enrollees will see their water debts wiped – no matter how big – after two years of compliance.

This could be a game changer, as currently water debt is a burden passed down through generations.

Earlier this year, Cheryl Gregg, 50, returned from the hospital after being admitted with high blood pressure and respiratory problems, to find that the water had been disconnected – this time because of a leaking pipe. “I had to take an Uber to my daughter’s house to wash and buy bottled water, it’s expensive. I have no income,” Greg said from her hospital bed, after being readmitted a few days later.

This was not the first time, according to daughter Amber, 28, who recalls months camped out at relatives’ houses because they couldn’t afford the water bill. “My mom and grandma had a lot of health problems and couldn’t work, we got cut off so many times. We never knew what we’d find after school every day, no lights or no water, it was so stressful,” she said.

Greg is now on TAP and the family hope the debt will be forgiven. Amber, who works two jobs at a parking company and a burger joint, said: “I make sure my mom pays every month so we don’t lose the house.”

Water providers are aware of the rising burden on people from bills due to the costs of aging infrastructure and “want to find ways to assist them while being responsible stewards of the water system”, according to Greg Kail, of the American Water Works Association (AWWA), whose members include water utilities.

Responding to the Guardian’s research, Kail said there was no “silver bullet” to solve affordability but said “significant progress” had been made, citing the AWWA’s research last year that more than 80% of large water utilities have a capital assistance program, up from 60% a year earlier.

Cleveland Water did not comment on Montgomery’s case but said it was committed to building a “more equitable water future”.