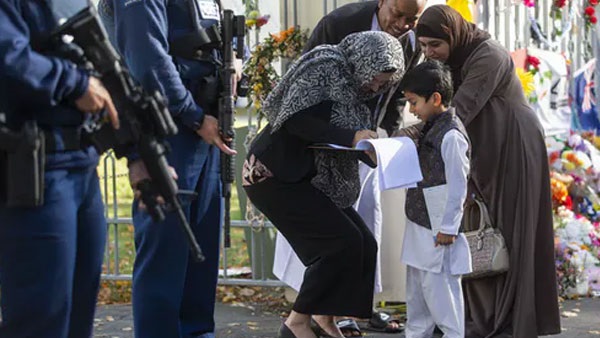 In a new development, for a foreign reaction to issues of anti-Islam and abuse of his approach and followers, New Zealand decided to drop the membership of an Indian community leader from the Honorary Judicial Officers Association; In preparation for his dismissal as a judge for writing anti-Islam posts on social media.

The case of Judge Contal Petal is the first of its kind in New Zealand, that a person in his position demand a boycott of Muslims, and that he is also excluded as a result of that, because he is primarily a judicial officer for the peace, performing important functions in the country’s justice, and therefore his accusation of racism and sectarianism is completely incompatible with His mission and with the multiple awards he received.

For his part, (The Wear) news site indicated that the act taken by Judge Petal was the result of being influenced by a similar campaign, which spread in his country of origin, India. Through videos broadcast from India, some judges urged citizens not to buy products and goods from Muslim merchants. , Because of the fear of being a member of the reporting group.

This economic boycott is promoted as a response to what the elements of the Tablighi movement - founded in 1926 in India and considered its radical Islamic ideas - when its members published videos of licking and spitting on banknotes and spitting in the streets to spread the Corona virus among Hindu citizens more quickly.

What encouraged the Indian diaspora judge in New Zealand to take the same path is what was promoted by the internal press that his fellow citizens of the Indian judiciary did not punish what they did, and the state was not affected or held accountable to them, but the New Zealand situation is different.

This time, the New Zealand position is clear and decisive, against the issue of anti-Islam. It was not called a hate crime as in some other countries, and then passed on with impunity, but the New Zealand authorities have become more fierce against sectarian issues for their fear of a repeat of the Christchurch incident again.

The Christchurch incident marked a turning point for New Zealand politics, following the shooting against the Lynnud Islamic Center and the Al-Noor Mosque in March 2019; As a result, 51 people were killed and dozens injured, by a racist terrorist who was hostile to Muslims and called for the victory of the white race at their expense.

The Secretary-General of the United Nations, Antonio Guterres, has not been urged to urge New Zealand and the rest of the countries to put an end to Islamophobia and Islamophobia, and then Prime Minister Jacinda Kate Laurel Ardern has shown a strong response to what happened in her country in solidarity with Muslim victims and their families and friends, calling on its citizens to Take human behavior to deal with each other and return from racism and sectarianism.

Prime Minister Jacinda expressed her concern about social media such as Facebook, Twitter, and others. To monitor the growing sectarian rhetoric against it and the calls of the far-right to attack Muslims, according to the Anti-Defamation League in the United States of America, there has been a significant increase in the activity of the far-right in the region since 2016.

In a research paper of the Center for Security and Strategic Studies (CSIS), he mentioned that there are two main factors that contributed to increasing extremism in the region, namely the groups of conversation between extremists on social media sites and their influence on each other, while the second factor is related to their travel abroad to meet extremist elements from their groups to exchange views, which is what Applies to the recent New Zealand case affecting his fellow citizens via shared online videos.