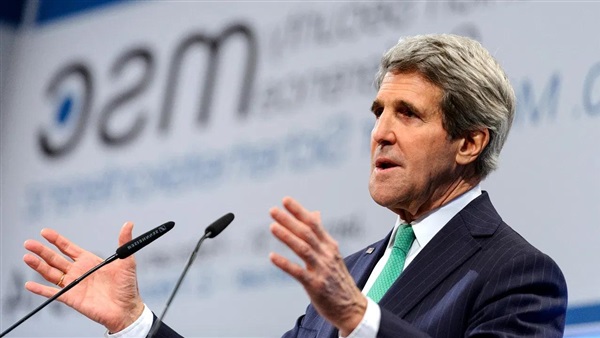 John Kerry has criticized Donald Trump for his inaction on climate change. He also accused the US president of "breaking apart NATO" and "insulting Angela Merkel" and other European leaders.

Former US Secretary of State John Kerry spoke on Friday at the Munich Security Conference about the importance of international cooperation in meeting world challenges.

Kerry accused US President Donald Trump of inaction in addressing global issues such as climate change and defense spending.

When asked about the US troop withdrawal from Afghanistan and what it means for peace in the country, Kerry said the Taliban must "be persuaded to accept terms which do not predicate the end of the existing government," adding that a "sufficient platform" must be established so that if there was Taliban retaliation, "there is an immediate ability to be able to stop them [the Taliban] from having a military solution."

Kerry also called on China and Russia to become "guarantors" in the Afghanistan peace process but acknowledged that it would require "creative diplomacy."