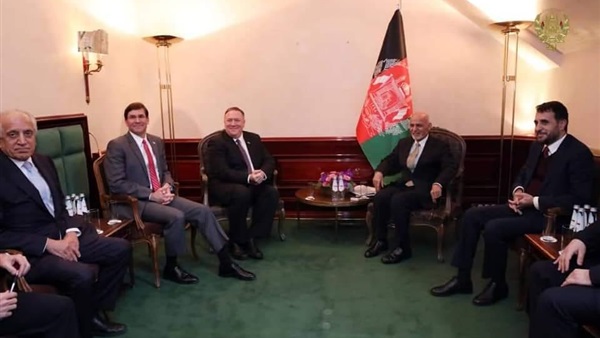 US Secretary of State Mike Pompeo and Defense Secretary Mark Esper met on Friday with Afghanistan’s President Ashraf Ghani amid signs that a truce between the United States and the Taliban is imminent.

Pompeo and Esper met Ghani on the sidelines of an international security forum in Munich as officials said a “reduction in violence” agreement is on the table and could be announced as early as the weekend.

The American Special Envoy to Afghanistan Zalmay Khalilzad also participated in the meeting, and during the meeting, some sources confirmed that the agreement is on the table and can be announced early next week.

The Afghan President has confirmed that he hopes to reach more achievements through the peace agreement, which will lead to an end to the violence that has ravaged Afghanistan for more than 18 years.

President Donald Trump has agreed in principle to the deal, which could lead to the start of significant US troop withdrawals from Afghanistan, according to US officials.