Outline Recommendations of MSC 2020 in a new test 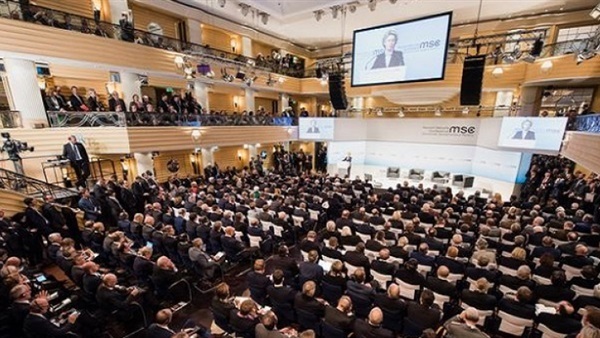 In Munich this year, the focus will be on a "westlessness", an idea that western countries are uncertain of their values and their strategic orientation. Attendees will also be tackling the implications of the coronavirus outbreak and US actions in the Middle East. The summit runs from February 14 to 16.

The Munich Security Conference opens this weekend with talks expected on issues ranging from the threat to western liberal values to the coronavirus outbreak and US actions in the Middle East.

The annual conference prides itself on being a venue for diplomatic initiatives on some of the world's most pressing concerns, writes The National's Andrew Brennan.

Mike Pompeo arrived overnight in Germany for the Munich meeting. In a tweet, Mr Pompeo said the conference will provide a productive forum to confront Iran.

The Iranian Minister Foreign Affairs Mohammed Javad Zarif is due to attend this weekend's conference.

Mr Pompeo will be joined by his American colleague, Mark Esper, the US Secretary of Defence, who arrived from Brussels after a Nato briefing on the US and the Taliban drawing closer to signing a peace deal.

"The United States and the Taliban have negotiated a proposal for a seven-day reduction in violence," Mr Esper told reporters during a news conference in Brussels at Nato headquarters.

"I'm here today consulting with allies about this proposal, and we've had a series of productive bilateral and collective meetings about the path forward."

The Munich meeting will be attended by Afghan president Ashraf Ghani.

Some of the highlights of 2019’s Munich Security Conference:

America demanded that Europe join the US in confronting Iran, with Mike Pence, the US Vice President, warning that Tehran was openly pursuing a “new holocaust”.

German Chancellor Angela Merkel said that the move by the US administration to cancel a major Cold War-era short and medium-range missile arms treaty with Russia was very bad for Europe.

Ahmed Aboul Gheit, the Secretary-General of the Arab League, rejected suggestions that Turkish or European forces could be introduced to northern Syria with the establishment of safe zones after the withdrawal of US ground troops.

The Iraqi researcher, Hisham Al-Ali, said in a statement to the "reference": that the Munich Conference in its 56th edition will not bring anything new except to express some official positions regarding the Iranian nuclear file crisis and tension between Tehran and Washington, in addition to the Palestinian issue along with the tense situations in Syria and Libya.