Qatari and Turkish charities: Weapons to support counterrevolution in Sudan 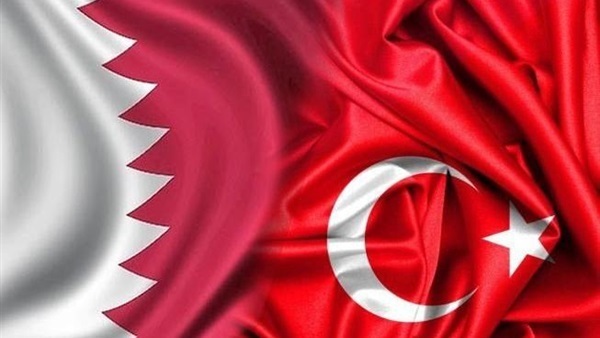 Turkish and Qatari charities are a Trojan horse to penetrate Sudan through the gate of grants and aid, from which many could benefit, but most of which go to support the remnants of ousted President Omar al-Bashir to counter the Sudanese revolution that toppled the Brotherhood’s terrorist rule in the country.

Over the past years, these suspicious associations have succeeded in penetrating Sudanese society, as they were playing alone after the former Sudanese President was expelled from international humanitarian organizations, in response to the decision of the International Criminal Court (ICC) to try Bashir. Until recently, they continue to support the remnants of the previous regime, hoping for a successful counterrevolution.

Dozens of Qatari and Turkish organizations working in Sudan maintain direct links to the remnants of the Bashir regime by pumping more than $1 billion in humanitarian support, promoting their activities extensively, and providing hundreds of tons of humanitarian aid through their own civil societies. Most of these are run by cadres belonging to the Islamist movement, with the aim of getting closer to the citizens and implementing a firm plan to incite them against the government.

At the forefront of the Turkish organizations penetrating Sudan is the Turkish Cooperation and Coordination Agency (TIKA). The organization began its suspicious activity in Sudan in March 2006 in order to control the country's goods, exploit its fertile lands, and recruit its young people to implement the Turkish plans and threaten Arab national security in the Red Sea, coinciding with Turkish President Recep Tayyip Erdogan’s first visit to Sudan. Since then, TIKA has expanded its projects and aid in the country.

The suspicious organization has implemented 55 projects since the opening of its office in Khartoum, including a hospital at a cost of $50 million. It also restored many Ottoman monuments to take Khartoum back hundreds of years, when it was subject to Ottoman occupation.

TIKA plays the role of financial intermediary between Turkey and the Brotherhood leaders in the Islamic Dawah Organization in Sudan. The funds come from Ankara under the purview of restoring antiquities or helping the poor through the accounts of TIKA, before they are then pumped to the Brotherhood's accounts to be used to support the group and its activities.

Another charitable organization playing a suspicious role in Sudan is the Turkish Humanitarian Relief Foundation (IHH), which contributes to cataract surgeries, a disease that afflicts about 3 million people in Sudan. It also helps the Kimse Yok Mu Foundation with Muslim Eid sacrifices and distributing the meat to the poor.

The Kimse Yok Mu Foundation is also active in the city of Nyala, the capital of South Darfur, and it contributes to sheltering orphans and treating patients, as well as the establishment of the town of Orhaniye in Nyala.

The foundation provided Nyala’s families with health and educational care, in addition to committing the heinous crime of female circumcision on 6,000 girls. It also provides Iftar meals for those fasting in Ramadan, and it offers educational, language, and sewing courses. For the Eid al-Adha, it undertakes extensive sacrificial slaughtering in Sudan and distributes the meat to the poor and needy.

Meanwhile, the Turkish Deniz Feneri Association has been very active in Sudan since 2017, especially in the field of providing aid to orphans and the needy.

As for the suspicious Qatari organizations working in Sudan, Qatar Charity and the RAF Foundation are the most prominent, as they are present in ten Sudanese states. They are both on terrorism lists due to their role in supporting extremist groups in several countries, especially in areas of conflict and tensions, among them Sudan.

The main aim of the Qatari organizations is to support the activities of the Islamist movement, which is trying to show that it is still present in the Sudanese political scene and is difficult to eradicate.

Surprisingly, it is the elements affiliated with the former ruling National Congress Party, now the Popular Congress Party and the National Reform Party, who are in charge of supervising Qatar's organizations inside Sudan. The ideological affiliation of the defunct regime is one of the conditions for accepting work in it, and it is still trying to preserve the strength of the Islamist movement and providing it with funds after it lost the wealth it was previously obtaining when in power.

Also active in Sudan is the Nawafidh al-Khayr Organization headed by Sharaf al-Din Mukhtar, who is one of three Brotherhood elements who established Khartoum's relationship with al-Qaeda leader Osama bin Laden and was close to Qatar, which employed his organization to serve its purposes.

The Maarij Foundation, headed by Ali al-Bashir, the brother of the ousted president, played an important role in the humanitarian field with the help of Doha. Here is where the Qatari money converged with the support directed to terrorist groups in Sudan, as it was receiving many extremist Islamist leaders.

Last November, Sudan’s Humanitarian Aid Commission (HAC) issued a decision to ban 24 registered organizations, unions and institutions in the country, including SANAD Foundation, which was run by Bashir’s wife Widad Babiker Omer, as well as an organization owned by the wife of Ali Osman Taha, a prominent Sudanese Islamist leader.

US frustrated with European disregard for Iranian nuclear activities